A Bridge Too Far: Nitish Kumar’s PM Aspirations For 2019 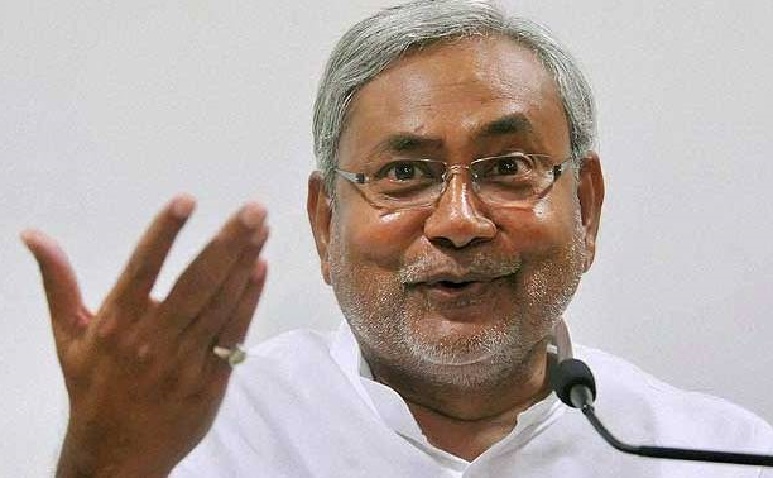 Anyone remotely connected with the marketing of products has heard “sell the sizzle not the steak”. For the uninitiated, it simply means you sell the customers what they want, not what they need. After the general elections that handed Narendra Modi led NDA a historical verdict, this saying has become the mantra for Modi’s political opponents as they desperately clutch at straws. The hype surrounding Bihar CM Nitish Kumar’s PM ambitions for 2019 is a good case in point.

The case made by those who find this ambition realistic is as follows:

Nitish has a clean image and good record of governance. The hopes from Modi government is fading, and by and large people are disillusioned by the incumbent government. BJP’s large defeats in Delhi and Bihar state assembly elections is quoted as an example of this disillusionment. These people feel Nitish can provide the credible non congress, non BJP alternative people are looking for.

I have no disagreement with any of the statements by themselves. Yes, Nitish has a good record and a clean image and yes, some supporters of BJP are disappointed, which is bound to happen after the extra-ordinarily heightened expectations. That BJP lost state assembly elections in Delhi and Bihar is a matter of record. But here is the thing folks, drawing conclusion that India will be ready for Nitish as PM in 2019 on the basis of the information given, is a little like asking a legless dog to jump and then drawing an inference that dogs can’t hear if they have lost their legs. Let me explain the reasons why Nitish PM 2019 is not happening.

For all the romanticism built around Prashant Kishore’s contribution to the JDU alliance’s stunning win in the assembly elections last year, there is no denying the fact that this was a victory of mathematics. A casual look at the difference between the winner of each assembly seat and the 2nd ranked candidate will show the importance of JDU/RJD and INC joining hands. Getting INC to do the same in 2019 has the following challenges:

The (Fidayeen) Elephant in the room: Bihar ki Beti.

Sadly, Nitish won’t be the first politician whose career is forever dogged by the ill-considered, casually made remarks, nor will he be the last. (Remember Mitt Romney’s ‘freeloaders’ remark during the 2012 campaign?)  In 2013 Nitish called Ishrat Jehan, the LeT operative shot dead by the Gujarat police in 2004, as Bihar ki Beti. His denial now does not change the facts. You can be sure that after the stunning political revelations about the Ishrat episode in the recent days, those remarks will be part of every discussion about Nitish as long as he is in active politics. I do not see astute strategists like Amit Shah and the PM himself, letting this one go easily. With the increased awareness of the terror threat and the rise of nationalism, it will also be a hard-sell for Nitish to bring in new alliance partners on board with this background. Regional parties will be especially wary of tying their lot with a person carrying the baggage of such ill-considered remarks.

In the hoopla surrounding Arvind Kejriwal’s AAP’s stunning electoral debut in December 2013, the mainstream media conveniently chose to ignore the real heroes of that day: the BJP. In elections held across 5 states and for 589 seats, BJP garnered an astonishing 415. For anyone watching for signals, that was all the signal needed to know that the BJP wave was on. Out of the 13 assemblies it rules currently, BJP wrested power from its opponents in the five states and even more amazingly it increased its seat count in the last three states it has retained.

This is a sterling show that any party would be proud of and it is not just Modi magic. Chief Ministers like Shivraj Singh Chauhan, Raman Singh and Vasundhara Raje Scindia have all done a sterling job as party leaders in their respective states. It is worth noting that even in 2004 and 2009 general elections, where it lost at a national level, states like MP/ Chhattisgarh and Gujarat still propped the party up with an outstanding show.

Now where are Nitish’s Chauhan, Scindia and Devendra Fadanvis? Fadanvis, Raman Singh, Chauhan and Khattar are all RSS products and if Nitish has to make his dream of RSS mukt Bharat a reality, he will have to devise a way to get past these leaders. I don’t see that happening, not on the basis of the bench strength Nitish has at present.

In their haste to condemn Modi and BJP, many people forget that Nitish has really not delivered an election on his own even in Bihar. His party had an alliance with the BJP first and last year it had a mahagatbandhan with RJD and INC. If we go back to our premise of JDU not having a pre-poll alliance with the INC, it will have to jump from 3rd (or 4th or 5th) position to the top right away. If you observe the pattern of assembly and parliament election results, you will see very often two groups fighting it out for supremacy in most of the states. Can you, for example, see Nitish building an organization in Maharashtra state that will take BJP, Shiv Sena, INC, and NCP out and emerge on top? Well, colour me skeptical.

What about me? Asks Mulayam, Maya, Jaya, and Mamata

Mamata and Jaya Combined hold 71 seats in the present Parliament. Mulayam and Maya are the most likely beneficiaries of any possible losses BJP may suffer in UP in 2019 General election. Unfortunately for Nitish, he really has nothing to offer to these four leaders to bring them into his fold. And this means in the states that send 30% of the total MPs to the parliament, Nitish will be fighting BJP, INC and these strong state leaders.  I do not see JDU making significant headways in any of these states. Any pre or post poll alliance with these leaders will weaken his position within the alliance and he simply would not have the numbers to fight them, keep Congress away and still wipe out BJP.

Frankly speaking, for such an astute leader, Nitish seems to be believing too much of his own press. This is taking him in exactly the opposite direction than that he should be traveling politically.

Nitish’s plank of development resonates much better with the core BJP support base than the core INC base, one of the reasons why many BJP supporters openly admire the man. Also, there is no doubt the secularism rhetoric is reaching its sell by date.

With the sensational revelations about Ishrat cover up and Samjhuata Express blasts at home and the growing menace of ISIS abroad, too many Indians who would not call themselves nationalistic will view the traditional secular rhetoric with ever increasing suspicion.

In the recent past, even a party struggling with strategy like BJP has managed to corner its opponents on issues related to nationalism and Nitish will have to prepare to face the same music if he insists on taking up INC’s minority appeasement in the guise of secularism strategy.

In his Oscar winning performance in the Scent of a woman, Al Pacino laments “I have come to the crossroads in my life, I always knew what the right path was, and without exception I knew. But I never took it and do you know why? It was too damn hard!”

Nitish has found himself at a similar crossroads in the late stage of his political career. Hope his ambition to become the PM does not leave him broken and lamenting about the paths he chose not to take a few years from now.