A Postscript To The World Of Varṇa 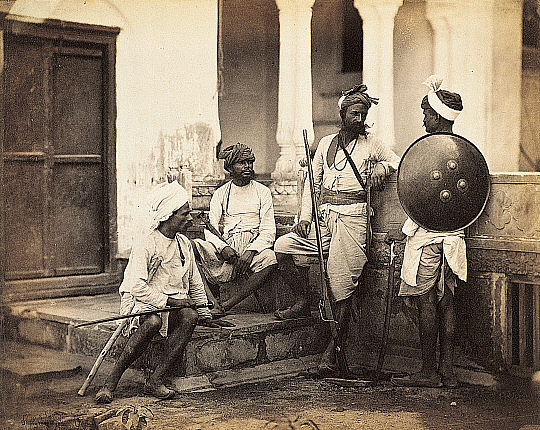 Based on some of the feedback we received for our article on varṇa, we felt that it would be valuable to bring out a few more insights into the idea of varṇa and share some more examples that bring to light the overall philosophy of varṇa, which is far more important that the copious details in our ancient works about the do-s and don’t-s with regard to varṇa. The personal aspect of varṇa is connected with the idea of choosing for oneself what one ought to do. This is what Kṛṣṇa calls ‘svadharma’ in the Gītā. But what really is svadharma? Simply, it is being true to oneself. It is being in the state that is most attuned to one’s temperament. It is what we are made of. For instance, how does a classical musician decide her śruti (pitch) for singing? It depends on her vocal range and the comfort level of her voice. Simply because she likes a certain singer who sings at a certain pitch, can she blindly imitate that? And even if she is temporarily successful, will it be appropriate for her? Will her voice be relaxed? Will she be able to sustain it? Will she find herself in it?

The blind imitation of another is what Kṛṣṇa calls as paradharma in the Gītā. He says, “It is better to die while being true to oneself; imitating others is a dangerous thing!” (BG 3.35) Of course, this is not to say that one has to forever remain in their comfort zone – only by pushing our limits do we reach higher levels, but there is a thin line between persistence and obsession.

It is not always possible for everyone to recognize their svadharma. Many young boys and girls often are unsure of what they like and what they want to do with their lives. In those cases, they have to take advice from someone who is truly knowledgeable and is free from personal interests. If they take advice from one who knows but isn’t selfless, that leads to exploitation. If they take advice from one who is selfless but doesn’t know, that might lead to further complications. The ideal, however, is to become aware of one’s own dharma by one’s own efforts.

We may also look at the four varṇas alongside the four āśramas (stages of life) and the four puruṣārthas (goals of human life). The āśramas are: brahmacarya (student life), gṛhasta (life of a householder), vānaprastha (retreating to the forests), and sanyāsa (life of complete detachment). The puruṣārthas are: dharma (principles of sustainability), artha (wealth and resources), kāma (desires), and mokṣa (peaceful ecstasy).

When at a personal level, we integrate the four varṇas, āśramas, and puruṣārthas, we develop a beautiful customized framework for leading our lives.

It is also worthwhile to mention here that one should not fight against the innate, untutored aspect of one’s personality beyond a certain level. Some of the modern self-help literature has created the illusion that talent counts for nothing and genetic predisposition is worth nothing; “as long as you are determined and work hard, you can achieve anything” seems to be the motto.

While the spirit of the affirmation is laudable—in many instances, this even helps us go beyond what we think we can achieve—it blinds us from honestly assessing our abilities and disabilities. If we strive in the area we are naturally good at and are innately interested in, that is far superior to copying someone who seems to be following a glamorous profession. This is possibly why Kṛṣṇa says, “One finds fulfillment by working in harmony with his natural abilities…” (BG 18.46)

There is an instructive episode in the Mārkāṇḍeya Samasyā parva of the Mahābhārata (in Vana parva / Book 3) where a conceited brāhmaṇa is ultimately directed to meet and learn from the butcher Dharmavyādha, an epitome of dharma. Traditionally, the profession of a butcher was looked down upon, and the brāhmaṇa is shocked that such a lowly person could be a teacher of truths. Dharmavyādha then explains to him that everyone has to do something for their livelihood; as long as they worked honourably and adhered to the fundamental principles of dharma, how did it matter what kind of profession he practiced? He further goes on to say, “O brāhmaṇa, a man might be born a śūdra but if he is endowed with good traits, he can attain the state of a vaiśya, or a kṣatriya and if he is absolutely firm in virtue, he could even become a brāhmaṇa” (Vana parva / Book 3, 203.11-12). 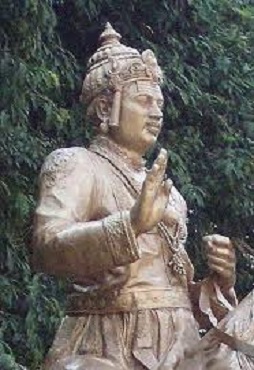 Even among the Vīraśaiva poets, many of them were identified by their professions. There was no stigma attached to that. They would discuss with scholarly heavyweights such as Allama Prabhu and Basavanna as equals. While the ideal is to take up a profession suited to your temperament, the next best option is to honourably work some job and spend moments of leisure in pursuing your passions.

This scheme, at once, brings out the natural basis of the classification of the varṇa system, especially when seen alongside its biological variant – the Āyurvedic idea of vāta, pitta, and kapha prakṛtis. (Vāta, pitta, and kapha doṣas are theoretical constructs meant to classify biological functions. Prakṛtis are body-type classified upon the basis of anatomical and physiological features suggestive of the predominant doṣa).

A fine example of varṇa being influenced by guṇa and not by birth can be seen in the discussion between the serpent and Yudhiṣṭhira in the Mahābhārata (Vana Parva / Book 3, 177) –

Yudhiṣṭhira: O king of serpents, a person in whom we see truth, philanthropy,

forgiveness, good conduct, compassion, self-control, and gentleness, such a person is

Serpent: But Yudhiṣṭhira, all these traits are applicable to people from all varṇas!

Yudhiṣṭhira: The traits that are present in a śūdra are not present in the others. A

Serpent: O king, if you consider one to be a brāhmaṇa merely by traits then this

whole establishment of jāti is useless until we consider the conduct of the person!

Yudhiṣṭhira: O great serpent! How do we ascertain one’s jāti in society? I feel that

The way some rules of yajña have been laid down, it is clear that our philosophers

and seers opined that character was of the highest importance. (3.177.28)

One is considered a śūdra until he begins learning the Vedas. But on this point, there

O great serpent! One who adhere to the precepts of purity and good conduct, he is the

We find similar ideas in the words of the Buddha. He says –

“A brāhmaṇa is not known by his birth, his family, or his lineage, but it is only by

adherence to truth and dharma he becomes a brāhmaṇa.”

“Just because someone comes out of a brāhmaṇa womb, he does not become one.

Only he who is free from possessions and has truly renounced is a brāhmaṇa.”

In Suttanipāta 2.7.2, Buddha speaks about the ascetic lifestyle of a true brāhmaṇa:

“Brāhmaṇas neither have cows, nor gold, nor grains. The study of the Vedas is itself

their wealth and their grains. Their highest wealth is the wisdom of brahman.”

Yet another approach to varṇa taken by some of our ancient seers is to consider it as an internal evolution. Everyone is said to be born a śūdra but by adhering to the path of brahman, they attain brāhmaṇattva. And because of this second, spiritual birth, they are called dvija, ‘twice-born’ (see Atharvaveda Saṃhitā 11.5.3, for example).

In Ṛgveda Saṃhitā 10.125.5, the ṛṣikā Vāgāmbhṛṇī says, “I say this myself. Deities and humans both find it agreeable. Those whom I love, I make strong. I make them brāhmaṇas, I make them ṛṣis, I make them skilled!”

Finally, we wish to make a mention about the social structure prevalent in India in the early 19th century. In an eye-opening work by Dharampal titled The Beautiful Tree, he extensively quotes British records of 18th and 19th century India to reveal the real situation of Indian indigenous education. He says that in the early 19th century, the districts of Southern India had about 12,000 schools and 1,100 colleges with about 1,63,000 students in all (which formed about 13% of the population of that area). Apart from this, several children were homeschooled.

This only goes to show that there are several details about our past that have been either covered up for political reasons or are unknown due to lack of awareness/interest of historians. For serious students of Indian history and culture, a relentless pursuit of truth is imperative; else they will only fall short.

Thanks to Dr. G L Krishna for his perceptive feedback on our previous article; it gave us the impetus to work on this addendum. We are also grateful for his feedback on the portion related to Ᾱyurveda.