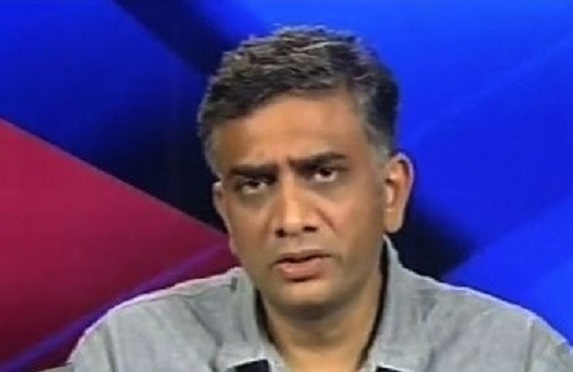 I often wondered if the tradition of the New Year’s resolution is widely followed by the public in general and journalists in particular. If the answer is yes, Aakar Patel’s resolution should be to write a handbook on racist jokes because he seems to be an expert in it. In his recent Livemint ‘column’ he decides to continue his disdainful stereotyping of the Indians with the focus of his racism now on Gujarati men. There is nothing new about this specific column as it is a typical Aakar Patel school of writing: racist with failed attempts at wit.  We can begin with this:

Useless at fighting, Gujarati Man has forgotten the smell of freedom, so long has he been under the thumb of Afghan, Mughal, Maratha and Englishman. Sometimes he is a victim of the Stockholm Syndrome. Shivaji, whose Marathas repeatedly extorted millions from Surat’s Hindu and Jain merchants, is today a hero to this state. Prime Minister Narendra Modi said earlier this year: “Saying that Shivaji Maharaj looted Surat would be an insult to the Maratha warrior,” and that “he looted Aurangzeb’s treasure with help of local people which was used for welfare of the common man”. Well, I’m saying it anyway, because so does The New Cambridge History Of India and every other work on the subject, but I must remember to also consult the books our leader does.

Firstly Mr. Patel can go through the copious works on the Maratha hero Shivaji by doyens like Jadunath Sarkar to see that Shivaji was inspired to act against the fanatic Islamist policies of Aurangzeb and saw Surat, India’s richest port as the suitable place to make his point. Most historians have stated that the sack of Surat showed the excellent competence of Marathas in their use of intelligence network and the co-ordination between spies and soldiers were all at their best in this attack.

The most noteworthy aspect about this incident is that no Maratha troops attacked any unarmed civilian. But for the Aakar Patels of the world, any act of rebellion done in the service of nationalism is a heinous crime and so it is no surprise that he calls Shivaji a looter. However this same group of eminences in the media and academia will present brutal Islamic invasions as merely an act of economic aggression.

Secondly many of our eminences have insinuated this belief that Gujarati people are not bold or courageous. Another eminent journalist, Barkha Dutt of Nira Radia fame went as far as to call them effete. Since Gujarat for long has been a BJP ruled state, such blatantly racist statements were hailed as acceptable instead of being condemned as discriminatory. Although it is not my responsibility to give these eminences history lessons, these historical facts should be highlighted to effect the much-needed course correction in our public discourse:

Mr. Patel, the people of Gujarat can and must feel proud of the fact that when in 1178 Mohammed Ghori attempted to invade Somnath,  Naikidevi the mother of the Solanki prince Bhimdev II , controlled and guided the army due to her son being a minor. This army  under her command  inflicted a huge defeat on Ghori in Kayadra, a village near Mount Abu.  Unfortunately by 1297 the Solankis could not resist the brutality of the Islamic invaders and Gujarat was forcibly incorporated into the Delhi Sultanate. But if being inactive in war for centuries makes one effete would you use that term for Germans and Japanese who also haven’t seen war for decades? Mr. Patel continues:

I could be mistaken about this but almost anything good about modern India—mercantile capitalism, the stock market, south Mumbai—is Surti in origin. All Gujaratis accept the saying, ‘Surat nu jaman ane Kashi nu maran (dine in Surat, die in Varanasi). The best, oldest, most sophisticated, most plural city in Gujarat—and farther afield—is Surat. It is world famous, and Leo Tolstoy’s best short story is called The Coffee House Of Surat…… Ahmedabad, called Amdavad by locals who cannot even pronounce their own city’s name, is really a jumped-up village. The manner of its citizenry, to one accustomed to Parisian Surat (no, really, they erected an Eiffel Tower replica too), is coarse. It is difficult to have a proper conversation because few have read anything but balance sheets. The men, it must be sadly accepted, are mostly short and rotund. The girls scoot around on two-wheelers with giant white gloves up to their elbows and face-masks as protection against tanning, which apparently is a bad thing……..

You are wrong Mr. Patel, almost anything good about modern India is a subtle continuance of its ancient heritage; again it is not my job to teach you history but do kindly read about the ancient Indian merchant guilds prevalent during the rule of Mauryas, Guptas, Pallavas, and Palas among others. These guilds earned great encomiums for Indian mercantilism worldwide before British imperialism dismantled it and the oh-so secular Nehruvianism discouraged it. And by the way I must appreciate your honest attempt to facilitate tourism in Surat; may I suggest you try your hand in writing travelogues alongside joke books and racist humour? If both fail, you can always offer unwanted fitness cum fashion advice to the good people of Ahmedabad. But if it is anything like your writings I think you will find it hard for people to take you seriously.

By the end of the article Mr. Patel asserts:

In the US, the Patel interacts with the American safely from behind the motel counter while behind him is kadhi bubbling in the kitchen and Ramayan DVDs on the telly. Most American Patel children have split personalities and who can blame them? But exactly like the other itinerant merchant, the Jew, the Gujju sallies forth into the world, carrying with him his dietary restrictions, his love of making money and of homeland, and his dislike of Muslims. You are fortunate to have him always available to swing around and save you.

You know Mr.Patel you would have made the late Joseph Goebbels a proud man. I mean we should applaud your subtle application of the Nazi anti-Semitic caricature on the Gujarati Patel. What next Mr.Patel? Are you going to describe how Bengalis are cultural humbugs who need to be rejected?  Or how according to you Punjabis and Marathis are cultural loudmouths who need to be silenced?

To rephrase the last bit of your assertion we do consider ourselves fortunate to have people like you around to shower your subtle and not-so subtle racist rants which ultimately prove why people rejected your political advice last year. Did it ever occur to you Mr. Patel, that your relentless hounding of Narendra Modi for years actually contributed to his victory in no small measure? In the end, Mr. Aakar Patel: your present article eminently qualifies as a racist slur against a particular class of people and attract penal action under Indian laws. Thank your stars that the selfsame Gujarati people who you hate and abuse so much are generally tolerant.