The American blunder: Will the West correct its response to Islamist threat? 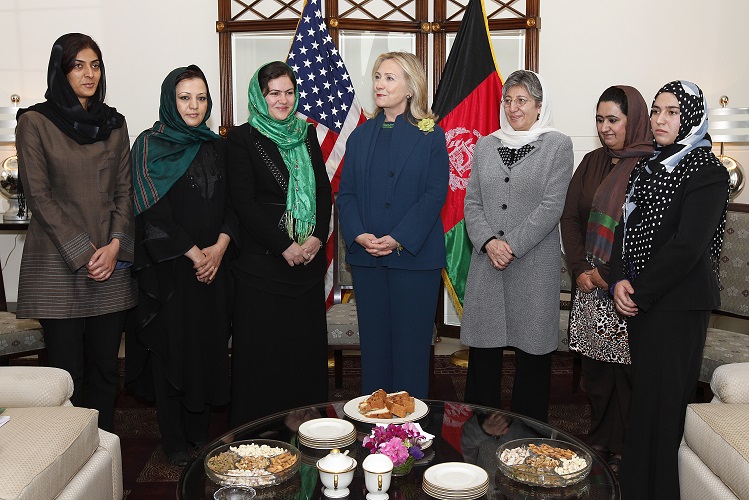 Sixty years ago, the Soviet Communism was a threat to the free, democratic countries across the world. Communist leaders had great faith in what they called ‘science’ of Marxism-Leninism and were firm in belief to sooner or later convert the entire world to Communism. It was in such a moment of history that the top Soviet leader, Nikita Khrushchev, directly threatened the Western world with: “We’ll bury you”.

In response, the West, led by the USA did not shy from launching an ideological war on Communism. They showed that the faith, Marxism-Leninism, was no science but an ideological construct. It was full of holes and that was why the Soviets and other communists regularly resort to falsehood, censorship and violence. Otherwise they had little to show as to their achievement in any of the communist countries they ruled over for decades.

At the time, roughly during late 1950s up to early 1980s, the US scholars, policy-makers and commentators did never utter ‘Marxism-Leninism is good, but Soviet leaders are misguided’. Instead the Western government circles, academics, media, all waged an open war on the tenets of Marxism-Leninism as well as exposed the grim realities of the communist societies. Of course, there were others too in the Western world, who doggedly defended the Soviet and communist positions. But they were rebuffed point by point in academia and media without any scruples.

Now, the same USA and her Western allies are more seriously threatened with similar declarations by the Islamists world over. The ISIS is just a latest avatar of the same Islamism, having a similar faith to convert the entire world to Islam by ending all other faiths and ideas what they call ‘kufr’.

But this time, strangely, the Western worlds have chosen a peculiar stance:  Islam is good, only Islamic terrorists are bad. Although Islam per se is more fully a political ideology than a religion. Rather it is a political ideology under a religious garb. In fact, Ayatollah Khomeini had once candidly expressed it: ‘All Islam is politics’. He was not alone in noting it. All Islamic clerics and academics testify so, albeit in various ways, without hesitation.

That is why off and on many humanist Muslims also underline the need to look into the Islamic ideology per se in order to fight it out till the end. For instance, a British ex-jihadist Ed Hussain emphasized the necessity “to confront the violent ideology” that influenced him before he turned away from it. Taslima Nasreen and Salman Rushdie also have underlined it directly and indirectly.

So, what is this ideology Hussain referred to? Why the West has so far not cared to debunk it as thoroughly as it did to Marxism-Communism? The jihadi ideology is not anything but an intrinsic part of Islam. It is a historical entity, self-declaredly created by a historical man, so like anything else it is hugely prone to human errors. Why, Muhammad himself had doubted it! Even though just in his earlier phase of ‘prophet’ hood, but the fact remains that he doubted his thoughts. Not to say about the society he was living in – they were overwhelmingly doubting his claims. Hence, all the wars that Muhammad had to wage, to force upon them to accept his prophet claim. The situation continues till today, as all Muslims are under threat by the custodians of Islam, if they happen to doubt the Prophet or his injunctions. Importance of this fact, and the potential of it to cause harm, has not been realized yet by the leaders of the free world.

Secondly, the famous ‘satanic verses’ are also a proof that Muhammad, the Prophet, could still be mistaken even afterwards. After all, he himself discarded those four verses, which he once proclaimed as Godly. There are other evidences also, aplenty, that show the ideology of Islam has from the beginning been a poor construct. Which is why, like Soviet communism later, it was also condemned to employ constant violence and threats to silence critics and impose censorship on discussing Islamic tenets critically.

In fact, this is a proof positive that Islam is no infallible doctrine. Because an infallible doctrine cannot be fearful of an ordinary human being’s simple questions and observations. Just like a scientific principle of physics or a sound mathematical equation do not feel threatened by doubters.

Therefore, instead of sending armies to Islamic rogue states, had the US establishments launched an open ideological war on the Islamist ideology and the political faith emanating from it – the Islamic world would have been long on defensive perforce. They had to answer in words all the questions raised against the prophet-hood of Muhammad and the ‘only true faith’. They would have no choice. How could Khomeinis issue fatwas to kill countless scholars, writers and leaders doubting Islamic claims, like Rushdie did in 1988?

Declaring an ideological war upon Islam would not have harmed the ‘business relations’ as the Islamic countries have been more dependent for various goods on the West than the West have been on oil. The Islamic establishments, in that case, would have been compelled to answer in words, to justify their creed, their socio-political system, their laws, their social realities, the widespread abuses perpetrated on non-Muslims and on their own women and children, etc. Failing in this task would have simply shown the worth of the vacuous doctrine. In the process, the common Muslims, at least a considerable sensible section of them, would have willy-nilly seen the basic unreasonableness of the Islamist creed, a creed that self-righteously calls other cultures ‘kufr’, ‘rotten’ and ‘fit to be destroyed’.

Not doing so is the greatest blunder the US and her allies have committed for at least last three decades, i.e., since Rushdie had opened the crucial front. They would have won handsomely the war against Islamist world-view by just establishing quality journals, radio stations, TV channels exclusively devoted to expose moribund Islamic doctrines and barbaric practices in Islamic countries and Muslim communities living elsewhere. Something exactly on the line of radio ‘Free Europe’, ‘Liberty’ and journals like ‘Problems of Communism’ etc. that brilliantly exposed the erstwhile USSR and the Eastern Europe. They brought everything communist to normal human scrutiny.

Had the US done something similar towards the Islamic ideology and establishments, apart from making the Islamic regimes, organizations, parties, establishments defensive and weaker, they would have also emboldened the reformist Muslims all over the world. The dormant dissidents of the Islamic dictatorships in all Islamic countries/societies would have produced numerous Salman Rushdies and Wafa Sultans.

There are considerable number of dissidents in Muslim societies as were in communist dictatorships earlier. But these are under the threat of menacing shariat all over the world. They are not getting any support from the free world as the Soviet dissidents of Communism got.  This was the great blunder on the part of the Western policy makers and intellectuals alike.

In fact, it is amazing that such a totally non-violent method in solution to the Islamic jihadi problem has not been undertaken so far. Was it just a foolish blunder or a result of general ignorance about Islam and its historical realities? Be what it may, but by keeping mum in the name of ‘respecting the sentiments’ of Islamists, the West have been all through committing double-fault. One, not supporting their best allies and two, strengthening their foes instead!

Just imagine, for comparison, what would have happened if in 1960s the USA had reiterated again and again that Marx, Lenin, Mao and their books and prescriptions were great, only Russian or Chinese communists or their propagandists are bad? That would have only bolstered the might of the Marxist-Leninist creed, the creed which sustained the Soviet leaders for decades. Exactly that is happening in the Islamist case for the last thirty years. This is the great Western blunder. Try to recognize this.

The Western stance of placating Islam always boomeranged. It is the same story in Asia and elsewhere that follow the stance. None of them seem even to fully understand the folly. Sometimes they do utter something like fighting the ‘evil ideology’, but fail to pin-point it.

The verifiable truth is: what was the correct tactic against the Communist faith is even more apt for the Islamist one. Except a blind faith to conquer the world for Islam, the Islamist forces have nothing much to wage a war against the ‘infidel world’ led by the US. Not a single jihadist leader promises anything else nor any common jihadi fails to mention it as his inspiration. Consider these breathtakingly simple facts and one can see it is so easy to destroy the source of Islamic terrorism off the face of earth.

Once this faith is weakened, creating a huge doubt in the minds of a large number of Muslims about the faith and social realities all these centuries, in every respect of it, a thing already half-accomplished (witness all kind of threats to kill Muslim writers, intellectuals voicing doubts about a precept of Islam: these are sure signs of  dread, a dread of not being able to defend the ideological positions if people critical to it are not threatened), the crumbling of terrorist organizations would be a mere formality. They have nothing else to sustain themselves except the idea of jihad and the reward of paradise, the only reward in Islam. Please go through the testimonies of Islamic terrorists and jihadists, they all almost without exceptions were worked up by a faith in this creed and the reward.

The creed, therefore, must be challenged boldly and unsparingly. Then the jihadists would not know what to do! Done thoroughly it will achieve the victory of the free thought over Islamic dogmas without any bloodshed. It will also ipso facto relieve millions of Muslims living in bondage of ulema, the custodians of the ‘party of Islam’.

The West and the free world have nothing to lose, if it decides to wage an all-out ideological war against the Islamic social-political-juridical tenets.  Please note: it will be a civil act, not military one. Hence, no bloodshed at all is involved. The initial threat killings and violence by the Islamic groups and regimes to stop such open ideological scrutiny would be totally negligible in comparison to what has been the scene from Afghanistan and Pakistan to Syria.

It is also a basic human right well recognized since the time of great Upanishads to Socrates to the Reformation in Europe that everybody is well in his right to criticize a thought, an ideology, including a religio-political ideology. This is more valid upon the Islamic case, because Islamic proclamations do never leave others, the ‘infidels’ alone. Then why the others should not reciprocate as vehemently? Especially when it would be in defense of themselves and of their own thought!

For instance, why a Hindu should not say that most of the things preached in authoritative Islamic books are plain ‘Adharma’, a whole lot of wickedness, according to what Hindus understand for millennia? And, therefore, Hindus and Buddhists, for instance, are fully entitled to wage a war on asuri forces represented by all kind of Islamists. Similarly, the Western liberals can rightly call the Islamic goals and ways as undemocratic, dictatorial and inhuman; and treat it with the disdain it deserves.

It is high time the West as well as other non-Islamic societies in the world realize the crucial point and shuns inhibitions. It has been counter-productive all along.