Announcing IndiaFacts Roundtable in Delhi: 24 May 2014 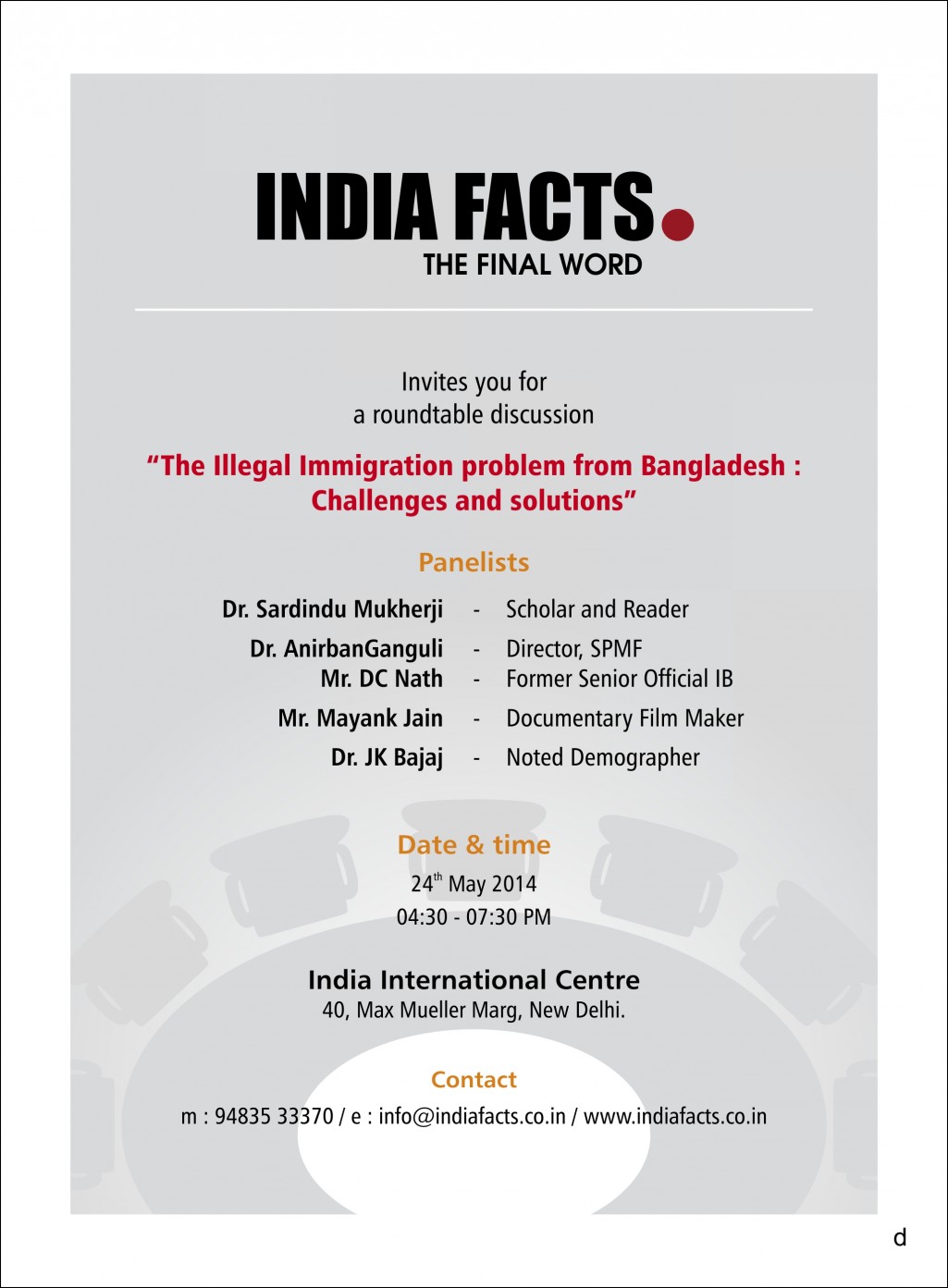 IndiaFacts announces its first ever Roundtable discussion on a very important and critical issue faced by the nation: the problem of large scale illegal immigration from Bangladesh. This problem has been persistent for at least three decades and has in the last decade, reached dangerous levels. The consequences are now visible on the ground, especially in West Bengal and Assam whose changed demographics have resulted in eruptions of massive violence. Further, successive West Bengal governments instead of taking action, have continued to encourage such immigration.
Indeed, such actions of the West Bengal Government led the BJP’s Prime Minister-in-waiting Narendra Modi recently to conclude that:

This illustrates the extent to which the Bangladeshi illegal migration problem has penetrated deep inside the nation. The other, parallel and resultant problem that has come up is the existential threat faced by Hindus in West  Bengal and Assam.
It is to discuss this key issue that IndiaFacts has convened the proposed Roundtable, titled Bangladesh Immigration Problem: Challenges and Solutions at India International Centre, New Delhi on 24 May 2014 between 4:30–7:30 P.M.
IndiaFacts has invited scholars, specialists and experts on the issue to chair the first ever IndiaFacts Roundtable and provide their valuable insights and experience, which we hope will translate into sound policy decisions. The complete programme details are as below.

Please participate in large numbers and bring along your friends, family, relatives and anyone who’s interested. The programme is open to the general public and is free of charge.