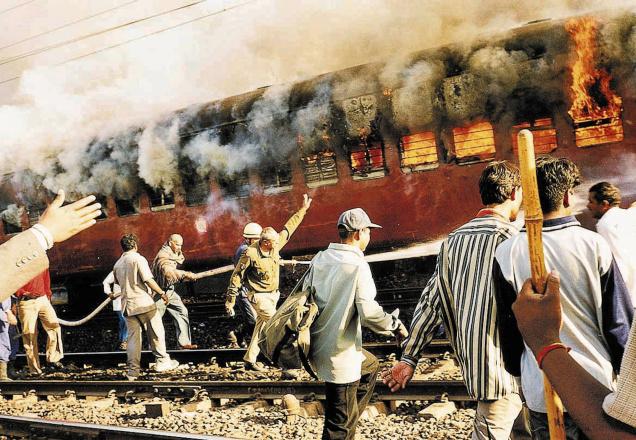 I am beginning to worry about India’s national security in the wake of the Pakistani terrorist attacks on Gurdaspur and Udhampur as well as rumbles about cyber security, and the Taliban advance on Kunduz. 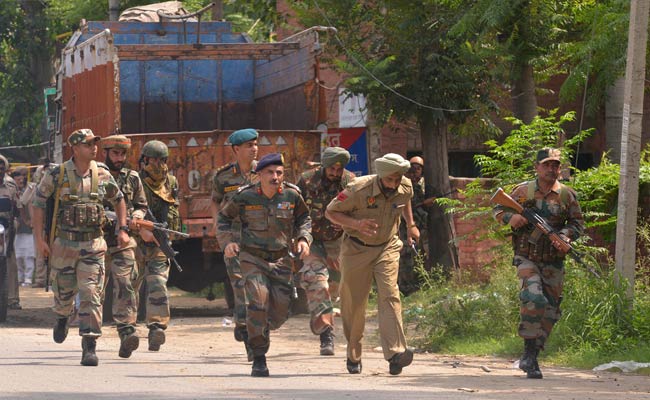 I hark back to NDA1 and the concentrated efforts then to defeat the government; if anything, the malign conjunction of forces looking to hamstring PM Narendra Modi is stronger, which suggests even worse things are being planned.

The first concern is Pakistani intent, as bolstered by Chinese and possibly Western advice. The second is the role of the compromised Opposition and fifth columnists.

As far as Pakistan is concerned, the first taste of the Modi Administration was salutary. They started off with their usual tactic of heavy unprovoked shelling across the International Border and the Line of Control. Much to their surprise, the return of fire was withering, and three times as heavy, and so they quickly ran up the white flag after casualties mounted.

Lesson 1: the Pakistani Army understands pain when applied directly to their bottoms.

Lesson 2: in conventional warfare, India has a big edge, hence Pakistan needs to revert to Plan B: terrorism.

Then we had the Yakub Memon hanging, which, Pakistanis have been told by their friends in the Indian mainstream media, has deeply divided society. Moreover,Memon was an innocent Muslim whom “they” (as in the provocative Indian Express headline) “killed”. Pakistanis may calculate that this ‘atrocity’ will be a good excuse for them to attack India, with support from the usual quarters.

Thus acts of terrorism using ‘sleeper’ infiltrators whom they had already introduced into India. The goal is to goad India into escalation and retaliation. But as many commentators have pointed out, India’s response does not have to be binary: appeasement (Manmohan style) or war (Modi’s presumed style).

There are a few more nuancedresponses: economic, diplomatic, cultural, and special operations. (The latest comment by the MEA is salutary: they unambiguously pointed out that Pakistan suffers from terrorism only because it is the fount of terrorism.)

Economic approaches could be based on cutting off trade or at least reducing trade. However, sanctions have limited bite since trade is already quite low, as Pakistan refuses to follow their obligations under WTO to provide Most-Favored-Nation status for low-tariff imports from India. India really doesn’t have a great deal of clout on this front. Far more discomforting to them would be a suspension of, and demand for renegotiation of, the Indus Water Treaty, which is heavily biased in Pakistan’s favor.

As for diplomatic isolation, a Commonwealth get-together was boycotted by India (but only because Pakistan refused to invite somebody from J&K). Now that is a pinprick (and incidentally, I have long argued that India should exit the British Commonwealth anyway, as it needs India more than vice versa). Who cares? It doesn’t hurt anybody.

What would hurt is a diplomatic freeze, and cancellation of the PM’s projected trip to Pakistan. I have no idea why India agreed to this in the first place, because it doesn’t serve India’s interests. It serves Pakistan’s interests to be seen as a normal country that India needs to engage.

On the contrary, the PM ignoring Pakistan so far in his ‘concentric circles’ of foreign policy (Subcontinent and Southern Asia, Indian Ocean Rim, East Asia, Europe, Americas) has caused India little to no harm, but it has incensed Pakistan.

As for cultural issues, several Leftie pundits have been arguing about ‘Track 2’, ‘people-to-people’, links, including cricket. Why on earth?

If Pakistanis are allowed to play cricket with India, that leads to transfer of Indian money to Pakistan, which will be recycled to fund more terror. With apologies to Yossarian in Catch-22, who needs the intermediary? Just give the cricket funds directly to the terrorists!) Better to treat them as pariahs: remember how it hurt rogue, apartheid South Africa to be excluded from sports?

Finally, there are Special Operations, i.e. covert operations in Pakistan. I think the time has come to ratchet these up. IK Gujral, in a fit of desperate idiocy, betrayed all the human intelligence resources (that is, spies) that India had infiltrated into Pakistan: it remains to be seen if Ajit Doval has been able to reintroduce Indian spies there. I am assuming he has (there’s nothing as good as spies on the ground).

One set of covert operations would be to smuggle in weapons and propaganda. Thus, the colonized and oppressed people of Balochistan and Gilgit-Baltistan, none too thrilled about Punjabi Pakistani tyranny, could be supplied with army movement intelligence, logistics support, satellite photography, internet-based intelligence, weapons (preferably discreetly marked ‘Made in China’), counterfeit money (preferably with clues leading to China), real money, satellite phones and bomb-making know how.

Bhedam¸ or creating dissent among the enemy, pays rich dividends.If possible, the same can be done for the Pakistani Taliban, elements of whom are hostile to the ISI and the Pakistani Army. They are massacring Pakistanis anyway, and they’ll be happy to do more.

But a more subtle tactic would be to take into account the maxim that your enemy must feel serious, disproportionate, pain for hurting you. Thus, it would be a good idea to target the current and retired top brass of the ISI and Pak Army. A few judiciously-staged and unfortunate car accidents, house fires, plane crashes, etc have deniability. Of course, Zia’s crate of mangoes and Benazir’s Toyota show that Pakistanis know these tactics, but two can play that game.

The point is that there should be deep, individual pain imposed on decision makers. It is not possible for them to be invulnerable 24×7. Maybe they are safe in cantonments (yes, they were able to keep Osama there), but they do have to leave now and then; they do retire, they do travel abroad, and they have family outside the Army areas, and even abroad. One or two ‘accidents’ after each terrorist strike would get the message across. And these can’t be pinned on India if done discreetly. Plausible deniability.

Second, the role of the Opposition. I still remember a communist woman leader instigating and provoking the families of the hostages on the hijacked AI 814, which led to the ignominious surrender and the release of several important terrorists (by, the way, why not inject released terrorists in future with some horrible disease? I heard a poor, wretched, infected 15-year old Yazidi sex slave has spread AIDS among a lot of ISIS fighters, which gives me the idea).

I have no doubt that today’s opposition Congress and others would not hesitate to hurt India’s national interests in every way possible just to hurt the PM. This goes double for the mainstream media.

In this context, I’d like to revisit the situation in 2001 and 2002 under the NDA. After the Parliament attack – which of course aroused the self-preservation instincts of all politicians – India had begun to amass troops on the Pakistani border under Operation Parakram, and an Indian invasion looked imminent. If you remember, that’s when the Sabarmati Express was burned, in February 2002, and the entire context changed. Several divisions were moved back from the frontlines, and India’s capacity to attack was degraded and then neutralized.

Thus, Pakistan was saved by Godhra, as Anil Athale pointed out on Rediff  http://www.rediff.com/news/2005/mar/03spec1.htm at the time.

But Athale did not know then what had happened in the US just before, among Indian Leftists there. The chatter among them was that something was going to happen which would change the situation in India: of course they were quite worried that India would attack Pakistan. They did not know exactly what was going to happen, but they were gleefully getting prepared for that something. Clearly, they had been informed either by their Chinese handlers or by the ISI types of Fai-gate fame. Of course, we now know that that something was: Godhra.

I’m afraid we are going to see another Godhra again soon. I anticipate there will be some strong reaction the Pak pinpricks from India, perhaps some ‘accidents’ as above. I suspect the recent, unprecedented demonstrations in Gilgit-Baltistan against Pak rule was helped along by India. Soon, Pakistanis will activate their sleeper cells in India, and induce mass riots. Undoubtedly, they will attack something emotive to Indians, causing a Godhra-train-burning-like chain reaction. And that means for the next few years India will be distracted from development, forced into endless mea culpas by the Deep State-media nexus.

And the Lefties are getting active again. I am not sure what Indian Lefties in the US are doing (although they pre-emptively formed a group at Berkeley to study ‘armed conflict’ in India http://socialsector.haas.berkeley.edu/research/acr.html#objectives) just before the 2014 elections (Hat tip to Narayanan for telling me about it). I wrote elsewhere http://www.rediff.com/news/column/rajeev-srinivasan-the-time-will-come-when-america-can-dictate-to-india/20140303.htmthat I found it distinctly odd: they must be looking to incite armed conflict, not study it. Sherlock Holmes’ dog that didn’t bark in the night-time comes to mind.

Now, Kerala, one of the last bastions of the Lefties, is getting rather strange visits from them. A month ago, a journo, kicked out of his editor job, and known for chumminess with the Chinese, arrived in Trivandrum to deliver a banal lecture. The following week, a female activist, loudly and aggressively anti-BJP, arrived in Trivandrum to deliver another excruciating lecture. Then an OBC crypto-convert masquerading as a conscience-keeper of SCs showed up, too.

Coincidence? I wonder. I suspect they bore good tidings from their handlers: anticipate that something big will happen soon, and be prepared for it. I suspect we’ll see a Godhra 2.0 in Kerala. After all, elections are coming up, the commies may have to take a last stand here, and there are private militias in Kerala. The commies are losing control over their votebank of Ezhavas, who are wising up and moving closer to the BJP. This whole prospect is scaring the daylights out of me.

So it’s déjà vu all over again, as the late lamented Yogi Berra would have said.