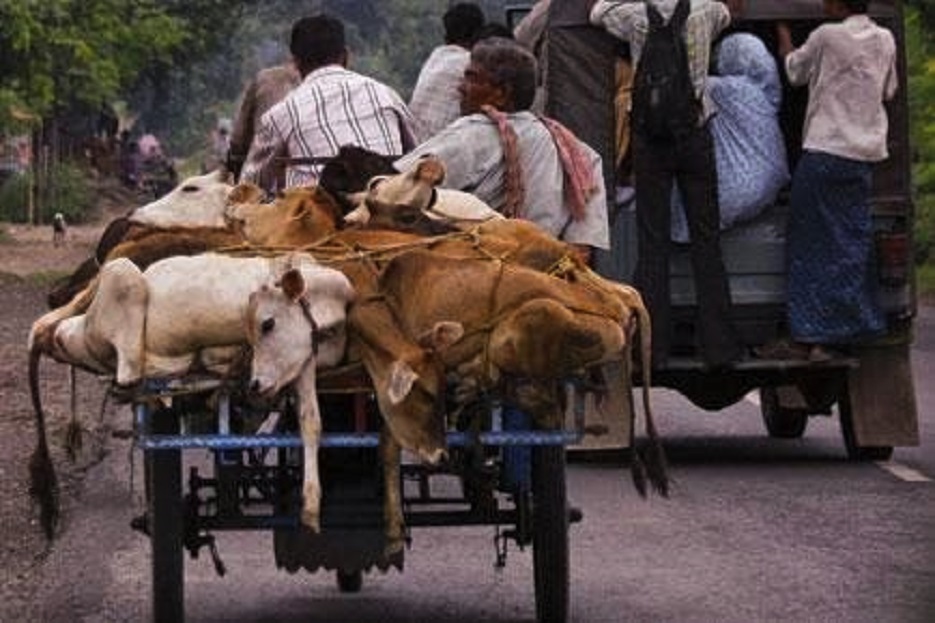 Even as controversy over recent legislations to ban cow slaughter occupy news space in India, here is how it has impacted our neighbour Bangladesh according to this Daily Star report.

Highlights from that report are revealing:

Even more revealing is this mention:

Indian cattle meet a significant portion of the country’s total beef demand, even though the supply is largely reliant on informal trade over the border. The trade has declined in the last two and a half months due to strict monitoring of the border areas… [Emphasis added]

The Daily Star report merely confirms, in polite language, what is common knowledge in India: that the “informal trade” meant the existence is a large, well-oiled and ruthless network of cow/cattle smugglers in West Bengal and other states in eastern and northern India. As a senior journalist in the know told IndiaFacts,

The [smuggling] route is pretty simple: Cows from faraway states like Punjab and Haryana, as well as from the Cow Belt, are shipped—at times in brutal conditions– by train for the regular and large cattle fairs that take place in the border districts of West Bengal and Assam, Meghalaya and Tripura. All of them have extremely porous borders with Bangladesh, despite the fencing that ostensibly is supposed to check the large-scale smuggling of people and cattle.

Of course, the BSF and the Bangladesh Rifles are on the take. Most of the people killed along those borders each year are in fact cattle smugglers who didn’t grease the right palms. Meanwhile, the tanneries and abattoirs that dot the Bangladeshi side of the border speak for themselves.

Small wonder that the cattle traders, per the Daily Star report are in a state of panic and had to call for a press conference. Interestingly, one of their demands to the Government was to call upon it to “take steps to formalise cattle trade with India, to help keep the local market stable.”

And therein hangs a tale.