Congress and AAP buried under their own slander 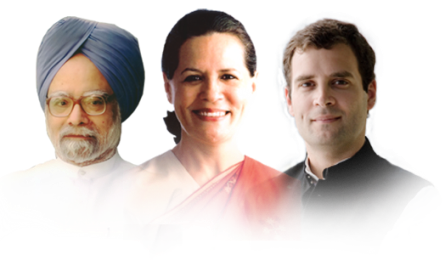 Press Council of India (PCI) chairperson Justice Markandey Katju once said that 90 per cent of Indians are “idiots.” It seems political parties, especially the Aam Aadmi Party (AAP) and the Congress could not agree more with him. Our politicians believe that they can get away with any lie, preposterous statement, or outlandish claim, as the people are fools who could not tell fact from fiction. The recent general elections have smashed the myth of foolish, credulous Indians.

AAP chief Arvind Kejriwal made a career out of making wild and slanderous statements and hurling unsubstantiated charges against anybody he did not like. Sample these:

— Anil Ambani and his company supplying power in the Capital are looting the people.

— Congress and the Bharatiya Janata Party (BJP) are hand in glove.

–Politicians of the Congress and the BJP are colluding with Mukesh Ambani’s Reliance Industries to extract a higher gas price.

— The Ambanis and the Adanis are financing Narendra Modi’s campaign.

Indeed, Arvind Kejriwal’s list of such wild and bizarre allegations is really endless. Arvind Kejriwal’s sharpest attacks were aimed at Narendra Modi who, the AAP chief asserted, was little more than a “property dealer for corporates (sic) like Ambani, Adani, and Tatas.” He said at a rally in Ahmedabad, “People of Gujarat are fed up of corruption and want a change. Corruption is rampant in the state and education and health services are in shambles.” According to Kejriwal, Modi acquires land from farmers and gives it to industrialists at throwaway prices.

It is another matter that the Supreme Court had praised land acquisition in Gujarat in August 2011. A bench comprising Justices G.S. Singhvi and H.L. Dattu observed while hearing petitions by farmers from Hapur in Uttar Pradesh who had lost 82 acres to a leather industrial complex. The bench said, “But there is one state from where we do not receive any such complaints. Look at Ahmedabad which is developing but there are no complaints from that place. They have the same officers of the same cadre as in the rest of the country.”

The apex court’s observation did not deter AAP leaders in indulging in loose talk; nor did the absence of violent disputes over land acquisition in Gujarat. In fact, the malaise spread, with the GOP following suit.

As the Congress gradually became aware of its impending defeat, it started taking drastic measures. One of these was borrowed from the AAP–level unsupported charges against opponents as well as business houses. I don’t remember a campaign in my entire life in which Congress leaders had openly named certain business houses, alleging that they were supporting Narendra Modi. Here are some gems starting right at the Congress vice president.

People in Gujarat can get land at low prices and make profits of thousands of crores if they have the Adani surname, Congress vice-president Rahul Gandhi said at a public rally in Kanpur. He was alluding to Narendra Modi’s alleged proximity to Gautam Adani of the Adani Group. “Any Ramesh, Mahesh or anybody cannot prosper in Gujarat, but if you happen to be an Adani, all gates of help will be open for you,” Rahul said.

Taking a leaf out of Arvind Kejriwal’s book, Rahul Gandhi went on to allege that Modi gave undue favours worth Rs 40,000 crore to Adani. “There is only one model in Gujarat and that is to help industrialists and big corporate houses,” Rahul said.

There were other allegations as well. The so-called snoopgate, Narendra Modi’s supposed mistreatment of his wife, malnutrition in Gujarat and, of course, the 2002 riots. The idea was Gobbelsian: keep repeating lies till they acquire the visage of truth. And the underlying belief was that the people are fools.