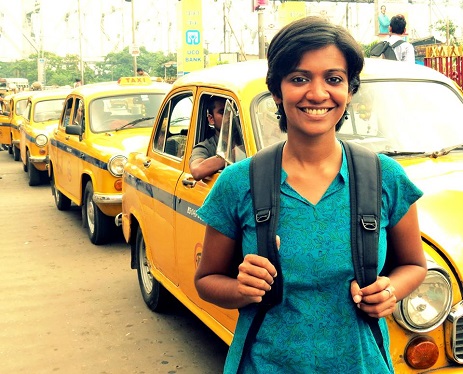 This piece was sent by an IndiaFacts reader, supporter and well-wisher who wishes to remain anonymous. You can follow the author on Twitter at @readernewspaper.

As one who has read your article, may I humbly ask you some questions?

1.Your article is titled ‘“Thank You, AAP” – From a Hindu Woman Married to a Muslim Man’. Clearly, you see nothing wrong in placing “AAP” along with “Hindu” and “Muslim” in the same title. However, as “AAP” is a political party whereas “Hindu” and “Muslim” are religious communities, hasn’t the title mixed politics with communalism? When the article’s title has politicized communalism, does the article’s writer have the moral right to accuse others of communalizing politics?

2.You have written, “When we first discussed marriage, my partner said,“Are you sure? ‘Love Jihad‘ is no longer a joke and Modi will become the Prime Minister of the country in less than an (sic) year!”

(a)When your partner said that “Love Jihad is no longer a joke”, wasn’t he implying that it used to be merely “a joke” earlier on? However, was Love Jihad ever merely “a joke”? In fact, far from ridiculing the concept, foreign sociologists are taking serious note of it. Fengyang Yang and Andrew Abel have noted that “affective bonds are of particular salience to conversion . . . either in the form of existing friendships or even short-term acquaintances. Religious leaders from a wide variety of traditions are clearly aware of this phenomenon which helps create social ties through such techniques as ‘love bombing,’ ‘flirty fishing,’ and ‘favour fishing’.” Now that professional sociologists like Yang and Abel are noticing conversion techniques like ‘love bombing’, was your partner right in insinuating that Love Jihad was merely “a joke” in the past?

(b) Your partner made yet another insinuation – that ‘Love Jihad’ was becoming an issue because Modi was about to “become the Prime Minister of the country in less than an (sic) year!” However, were Modi’s Prime Ministerial prospects really the reason for Love Jihad to become an issue? Wasn’t this matter raised by a couple of Christian organisations, that too as early as in 2009? When Christian forums too have expressed concerns about Love Jihad, why did your partner drag in Modi alone? Was it to hide the fact that not only Hindu groups but those of other non-Muslim communities are also uneasy about Muslim demographics?

3. You have written, “What does Modi, or the Indian government, have to do with anyone getting married in our “socialist secular country” which has the Special Marriage Act provision, I wondered!” You were absolutely right in wondering why your partner dragged in Modi. He made it sound as if Modi would personally object to your getting married. In case Modi did any such thing, what legal action did your partner take against him since then? If your partner has not taken any action, is it not because Modi did no such thing? If Modi did not cause him any trouble in reality, don’t you think that your partner’s fear was imaginary? If you admit that it was an imaginary fear, do you think that it is very different from unreasonable hatred? An imaginary fear (or unreasonable hatred) about Hindus, Ms. Aswathy, is known as Hinduphobia.

[pullquote]While you do not have to support ABVP even if you are Hindu, should you oppose its pro-feminist steps although you are a woman?[/pullquote]

4.You write next, “On the 16th of May last year, six months into our marriage, the Modi-Shah duo became the most powerful couple in the country; I held his hand and said, ‘it’s (sic) ok, we’ll manage’.” Here, you make it sound as if “the Modi-Shah duo” was personally threatening your marriage. If you agree that the duo or any representative of theirs has not threatened your marriage till date, may your readers know who is instilling in you such a victimhood complex when there has been no victimisation at all?

5. Next, “there was the Ghar Wapasi program launched by the VHP and the RSS to end terrorism, as all Muslims are terrorists and if they all become Hindus, terrorism will end and the world will be a better place.”

6. And then there’s this lovely bit you say: “there was the Hanuman Sena that attacked men and women protesting against moral policing by kissing”. Here, you fall into the guilt trap which you fell into earlier by being vociferous against the VHP’s Ghar Wapasi but being silent about AIMIM’s Ghar Wapasi – the trap of being embarrassed by Hindu groups by overlooking the Muslim ones. Just for the record, here’s just one instanceof Muslim groups also doing moral policing. If the Muslim moral police has not attacked anyone yet, is it because they are benevolent or is it because their threat is too real for anyone to ignore? Moreover, isn’t it strange that you know what little-known outfits like Hanuman Sena do but not what better-known parties like Social Democratic Party of India do?

7. You have written, “there was Sakshi Maharaj who demanded Hindu women produce four children each because every Muslim has four wives and 40 children, and that is the only way we, the (sic) 80 per cent of the Indian population, can outnumber the 14 per cent of them.”

9.And then you say, “There was an open challenge to the Khans of Bollywood to convert to Hinduism, because that is the only way the Hindu Mahasabha proposes for them to prove their love towards their Hindu wives.”

10. You have written, “the fifth Church was attacked (in less than a year) in Delhi this January and the police arrested the Christians and activists protesting, as peaceful protesters are a menace!”

12.You have also written about the “46 year old” who stood up in the Delhi Vidhan Sabha elections. Are you sure that the AIMIM’s not-so-secret support to AAP had no communal role to play in its electoral success? Are you also sure that Okhla’s Sri Amanatullah Khan is a truly secular legislator?

13.You have written, “I know I will never understand how my husband feels when there is a bomb blast in some part of the world and the first suspect of the media is a Muslim organisation.”

13. Next you write, “I will never understand why he says “Salaam” softly in a public place when one of his relatives call.”

14.You have written, “I will never understand why somewhere he is glad that his Christian-sounding name creates an ambiguity about his religious identity.” If he is glad to have a “Christian-sounding name”, does it not indicate that Christians are living freely in India? If you agree that Christians are indeed living freely in India, don’t you think that the so-called attacks on churches are mere robberies (the way hundreds of temples are robbed regularly)? On the other hand, if Muslims are really not living freely in India, shouldn’t they do some introspection too? What steps have they taken to instil confidence in other communities which are concerned over jihadi terrorism, Muslim over-population, aggressive conversions, and so on? Is it fair to blame the Hindu majority which did not mind India being secular despite the country being partitioned on religious grounds as per the demands of the Muslim League? Is it fair to blame the Hindus who were ruled by Muslims for around 800 years, a rule infamous for the genocide of Hindus and discriminatory policies like jizya and large scale temple demolitions?

15.Awasthy then you write this: “I will never understand how he feels in this country today, because I was born a (sic) Hindu.”

There’s no other way to say this but it appears that someone has planted a sense of deep guilt in you just for being Hindu.You are almost embarrassed by Hinduism despite it being the most liberal and inclusive of all faiths. However, if you consider the possibility that Hinduism is more sinned against than sinning, you would be able to uproot this sense of guilt. If you can be a little fair and open-minded, and a less unkind to this gentle faith, you might discover that Sanatana Dharma is the best gift we can give our next generation.