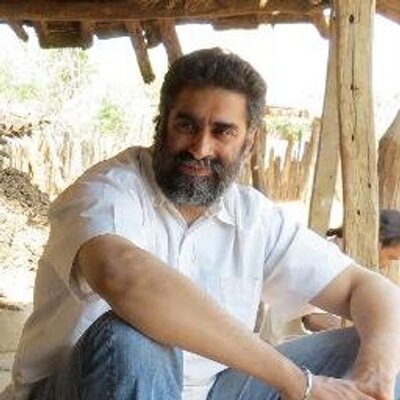 Following RSS Chief Mohan Bhagwat’s statement that ‘all Indians are Hindus’, several famous secularists gave the expected response – ‘this is an attempt to impose majoritarian views on India’s minorities.’ Typically, the term “minorities” in India usually means “Muslims,” and then Christians. However there are voices that, over the years, have asked: “what of the other non-Hindus?”

These voices identify the Jains, Buddhists and the Sikhs as non-Hindus . They are now saying that by supporting Bhagwats’s statement we are not only threatening the Christians and Muslims, but also the millions of these other non-Hindus. At best, Mohan Bhagwat’s statement might be debatable but it definitely doesn’t pose any sort of threat. At the same time, it has reopened the age-old question: Who are Hindus?

At the moment, prominent figures of Jainism or Buddhism have not been heard to be vocal in opposing Bhagwat’s statement. However, many passionate followers of Sikhism are registering their disagreement on social media. The claims are the similar to the ones many must have heard in the past whenever a similar debate erupted:

Sikhs are not and were never Hindus…..Sikhism and Hinduism are miles apart when it comes to philosophy or faith…..Hindu fundamentalists are trying to swallow our identity…….

Among the notable comments made regarding this issue was one by noted journalist and commentator Hartosh Singh Bal. On 29 August, he tweeted:

one of the foundational texts in shaping modern sikh identity is kahn singh nabha’s hum hindu nahin hain published in 1898.

Now such claims and counter claims cannot be taken as facts and will only extend the length of the debate of ‘Sikhs are/are not Hindus’ pointlessly. Our guide as always should be facts. Fortunately, there exist copious amounts of relevant literature to arrive at an informed conclusion in this matter.

For all the unjust and motivated labeling leveled against him, Vinayak Damodar Savarkar was an  incisive thinker. He proclaimed that no one in India should be called Hindu in religious terms, and instead the term ‘Hindu’ should be the geo-cultural label for those residing in the Indian sub-continent (a fact acknowledged outside, as seen in Arab states where South Asians are termed as Al-Hind). The term “Hindu” was indeed geo-cultural till the arrival of the invaders in late eleventh century as signified in this verse of Vishnu Purana:

‘Those who regard this land of Bharat spread between river Sindhu to the ocean as their Pitrubhumi – Fatherland and Punyabhumi – Holy land are called as Hindus’.

It would be accurate to say that those people following religions which originated in India should be identified as Sanatanis. The term “Sanatana” means eternal, and numerous philosophers, scholars and saints that took birth in this subcontinent have always held Dharma to be eternal, hence “Sanatana Dharma.” However, the scholarship of Indian studies where it concerns philosophy has been unsatisfactory when it came to make this distinction, as result of which we accept the term “Hindu” as a religious label.

Now very few can object to this designation of Sanatana Dharma because a cursory reading of almost all Indian saints and philosophers will reveal that they did not consider their teachings to be something new. Instead they identified them as part of a wider and older tradition, which is timeless. It this Sanatana Dharma that is enshrined in the Vedas, Upanishads, Bhagavad Gita as well in the teachings of the Jain Tirthankaras and Buddha.

Based on this, we can attempt to find out whether the ‘Hum Hindu Nahin’  claim of some Sikhs is valid.

What did Guru Nanak preach?

One of the key points made to say the aforementioned claim is valid is the fact that the founder of Sikhism, Guru Nanak opposed the caste system and what is known as “idol worship.” As the history of Sikhism shows, Guru Nanak laid more emphasis on singing the praise of God (similar to the practices of the Bhakti saints who attach significance to the mental or oral repetition of the Divine Name), service to humanity and constant prayer over complex rituals and “idol worship.”

Nanak viewed God as unborn, formless, and omnipresent. To him, the relationship between man and god should be that of constant companionship. God was everywhere and could be attained by repeating his name continuously.  Human events like birth and death do not apply to God. The famous, and indeed a foundational mantra Sat Sri Akal, means:

God is Sat – that truth which exists in all the three phases of time – past, present and future;
Sri – means glorious with great power; and
Akal – that which is timeless.

This conception of God is exactly equal to the concept of Brahman, the central message of Vedanta. We can consider these famous Vedantic aphorisms:

Equally, the concept of Sacchidananda (Sat + Chit + Ananda), which encompasses everything in the universe as expressions of Brahman, or equates Ananda (Ultimate, Eternal Joy) with Brahman. This Ananda is timeless and formless and cannot be expressed.

Guru Nanak also emphasized the importance of Karma as a means of overcoming the cycle of birth and rebirth, yet another direct derivation from Vedanta.Nanak called his disciples “Sikhs” which itself is derived from the Sanskrit word “Sishya,” meaning disciple.

Now, many would point to Guru Nannak’s famous proclamation Na koi Hindu, na koi Mussalman. Whenliterally translated, it means There is no Hindu, there is no Muslim, and this proclamation is used to prove that the Sikhs were different from Hindus.

If the supporters of the Guru’s proclamation just read the core teachings of Vedanta, they will find that all Vedantists view the Self (Atman) as beyond worldly divisions of religions and sects, and even gender. The Self, is nirguna, beyond the qualities that make for differences between human beings.  Therefore, according to this view, it makes perfect sense to say that the Self is neither Hindu nor Muslim. One can say that Guru Nanak interpreted Vedantist teachings in a manner befitting his time and broadened the Self to create a casteless, non-religious (so to say) sect.

This stand is echoed in this quotation from the 1995 Supreme Court judgment on Hindutva:

The development of Hindu religion and philosophy shows that from time to time saints and religious reformers attempted to remove from the Hindu thought and practices elements of corruption and superstition and that led to the formation of different sects. Buddha started Buddhism, Mahavir founded Jainism….. Guru Nanak inspired Sikhism….

The yogi is not to see the Self in the symbol, because the Self is not a symbol.

Although Guru Nanak and his successors rejected “idol worship,” they did not look down upon idol worshippers who they regarded as the true devotees of the divine as well. This is best reflected in the compositions of various Bhakti Saints like Surdas and Jaidev, included in the Shri Guru Granth Sahib.Indeed, one can cite from literally thousands of such examples from the foundational text of Sikhism and in the recorded sayings of Guru Nanak.

From all this it is clear that the roots of Sikhism lie deep in the teachings of Bhakti saints and Vedanta, a fact accepted even by Hartosh Singh Bal who later tweeted:

hindutva adherents need a primer on Sikhism, it has vaishnav & sufi roots, its theology is vedantic, but it denies Vedic authority … .

Hartosh Singh Bal  contradicts himself within the same sentence when he claims Vaishnav roots for Sikhism and simultaneously says that Sikhism denies Vedic authority. The reality is this:  Sikhism,like every single sect including the Varkaris, Lingayats, Eksaranis, and Nathpanthis, is based on the Vedic framework but do not consider learning the Vedas as a prerequisite to worship God. To cut a long story short, this definitive article by Dr. Koenraad Elst that effectively punctures Hartosh Singh Bal’s  claims.

To state it unambiguously, Sikhism like all of the numerous sects that originated within India can most accurately be termed a Dharmic sect and not an independent “religion.”

Hartosh Singh Pal also seems to be unaware about what the Veda says about itself. He seems to be focused more on the form than the essence. A celebrated verse of the Veda holds thus: Yatra vedaa aveda, meaning when the Vedic seeker of Truth finally realizes the Truth, the Veda (in the sense of the book/mantras) itself must be discarded. By Hartosh Singh Bal’s own definition, doesn’t this mean that the Vedic seers themselves “denied Vedic authority?”

More importantly the Vedic verses are more in the form of men/women poetically addressing the divine beings, and not of a theologian dictating commands. These are nuanced, intricate points that cannot be gleaned by superficial reading or parroting received wisdom from the West or the Left or both.

Indeed, we can also turn Hartosh Bal’s statement on its own head: in denying Vedic authority, the Sikh Gurus are actually closer to the Vedic seers, which in turn only means that there’s no difference between Sikhs and Hindus!

Hartosh’s advocacy of Sikh separateness is not new

It all started in 1877 with the arrival of the Arya Samaj founder Swami Dayanand Saraswati in Punjab where he opened a branch in Lahore.  At the same time, he launched his shudhi (purification) movement to bring converts back into the Hindu fold. Swami Dayanand’s major targets were the Christian missionaries.

At first the Arya Samajis identified Sikhism as a movement which had sought to create a purified Hinduism devoid of superstitions. Young educated Sikhs like Bhai Jawahir Singh worked closely with Swami Dayanand during his tour of Punjab, serving as the Secretary of the Lahore Arya Samaj from its inception.

Through the early 1880’s, young, educated Sikh leaders  stressed on the similarities between Sikhism and Arya Samaj. One such leader Bhai Basant Singh, in a lecture delivered before a Sikh audience in Gujranwala on September 4, I887, stated that

It is unclear what transpired, but over time, Swami Dayananda Saraswati began to call Guru Nanak a dambhi (hypocrite) and the Granth Sahib as a book of secondary importance.

Following that insult, his Sikh followers and others in the community retaliated by setting up Singh Sabhas to thwart the Arya Samaj’s influence.  In this sad encounter, both sides received the blessings of the British government in different ways. A host of books on Sikhism were published in Gurmukhi and English including the definitive six volumes by M.A. Macauliffe, The Sikh Religion. Also included was Kahan Singh’s booklet, Ham Hindu Nahi Hain, ‘We are not Hindus,’ which Hartosh Singh Bal quotes in his tweet.  Increasingly, the Arya Samajis pushed Sikhism faraway from Hinduism and little was done to reverse this process. The damage was done, and the divisions hardened over time.

Some Hindu nationalist leaders like Sir Gokul Chand Narang tried to remedy the situation terming Sikhism as higher Hinduism but it was too late. The Sikh Gurdwara Act of 1925, which passed the control of Sikh temples to an elected body called the Shiromani Gurdwara Prabandhak Committee (SGPC) defined a Sikh as one who believed in the ten gurus and the Granth Sahib and did not believe in any other religion.

And so, Hartosh Singh Bal’s Sikhism stands on one booklet which is more political in nature or a superficial understanding of both Hinduism and Sikhism—or he’s intentionally misleading his readers.