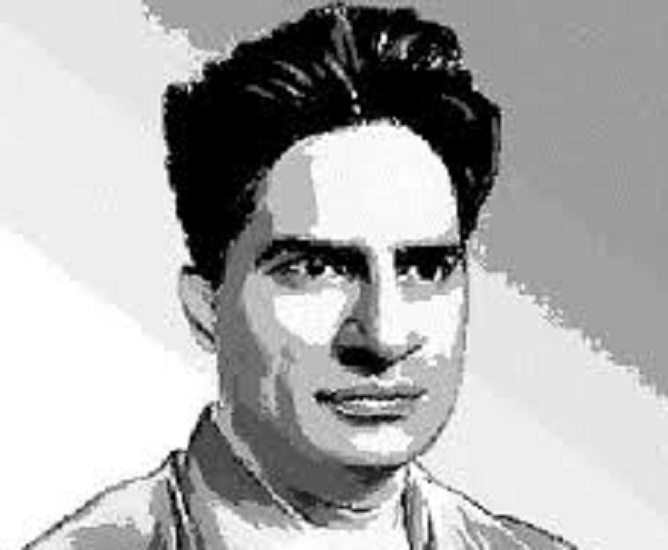 Kosambi goes on to question the veracity of the Mahabharata’s claim on the numbers:

“If a Mahabharata war had actually been fought on the scale reported, nearly five million fighting men killed each other in an 18-day battle between Delhi and Thanesar…”

From the description in the Mahabharata, we know that the Kaurava and Pandava armies had 11 and 7 akshauhinis respectively; a total of 18. From the Amarakośa we know that one akshauhini has 21,870 chariots, 21,870 elephants, 65,610 horses and 109,350 foot soldiers. This adds up to about four million deaths. As we know, only a handful of warriors survived the war. There are three points to consider in this regard:

It is possible that a war of such magnitude was not fought, but that hardly proves that a war was never fought. Looking at the methods of collecting information in those days, one can imagine how people might have over-estimated the size of an army. Excavations carried out in and around Kurukshetra yielded weapons from that age. This might give some evidence for the war. However, whether or not the great battle between the cousins took place is immaterial for the study of the Gītā. Kosambi merely displays his immaturity in bringing up such a trivial issue in the discussion.

Kosambi says that the Bhagavad-Gītā verses 2.55-72 would not have been possible without the influence of Buddhism. There are three reasons why this statement is absolutely false:

Second, if at all the Gītā had taken any ideas from Buddhist teachings, the Buddhist commentators and scholars would have made noise about it. In the entire gamut of traditional Buddhist works and commentaries, no such accusation is to be found.

Third, the Buddha himself has said in the Kūṭadantasutta (of the Suttapiṭaka) that he is saying nothing different from what the ancient seers have said; further, while elucidating his philosophy, Buddha uses several Vedic and Upanishadic terms. In fact, Buddhism would not have been possible without the influence of the Vedas.

The truth is that the Bhagavad-Gītā owes much of its wisdom to the Vedas, which are clearly older than the Buddha (at least by 2,500 years). Just to get a sense of how verses 2.55-72 are drawn from the Vedas, let us look a few of those verses. BG 2.55 talks about the purging of dualities and being satisfied within the true self. Ṛgveda Saṃhitā 1.164.20 speaks about two birds sitting on the same fig tree with one eating the fruit and the other merely observing. This is a classical example used in Indian philosophy for the purging of duality – the first bird symbolizes one who is involved with the duality of the world while the second bird symbolizes one who has transcended duality.

BG 2.56 speaks about freedom from passion, anger, and fear. BG 2.60 declares that the turbulent senses forcibly distract the mind even of a wise person who is sincerely striving to control them. And RVS 7.86.6 says, “O Varuṇa, it is not by choice that we sin it is because of the existing conditions; that force leads us to intoxication, anger, gambling, and ignorance.”

BG 2.57-59 speaks about a person of steady intellect – one who is detached from the pleasant and the unpleasant, one who withdraws his senses, and one who keeps away from the cravings. RVS 10.63.12 is a prayer to the deities asking for pretty much the same things: “O deities! Destroy disease. Keep us away from thoughts that oppose selfless service. Keep away from us the malicious ones and the enemies. Grant us happiness for our well-being.”

BG 2.67 says, “When the mind is led astray by wandering senses, it carries away one’s wisdom.” RVS 10.57.1 is a prayer to Viśvedevas – “Let us not stray from the path. Let us not abandon offering soma to the fire of yajña (basically, let us not forsake our duty). Let enemies not obstruct our path.”

Similarly, BG 2.72 speaks about the state of brahman, the supreme being, which is again a concept from the Vedas (and even Buddha invokes this).

Kosambi then goes on to accuse the Gītā of being a perverse tool used by brāhmaṇas to justify their actions:

“The main conclusion is surely the following: Practically anything can be read into the Gita by a determined person, without denying the validity of a class system. THE GITA FURNISHED THE ONE SCRIPTURAL SOURCE WHICH COULD BE USED WITHOUT VIOLENCE TO ACCEPTED BRAHMIN METHODOLOGY, TO DRAW INSPIRATION AND JUSTIFICATION FOR SOCIAL ACTIONS IN SOME WAY DISAGREEABLE TO A BRANCH OF THE RULING CLASS upon whose mercy the brahmins depended at the moment. That the action was not mere personal opportunism is obvious in each of the cases cited above. It remains to show how the document achieved this unique position.”

The message of the Gītā is clear and unambiguous if studied end to end and reflected upon. Quite simply, it advocates action without attachments, self-control, purity, and tolerance. As for the class system, we shall discuss about it a little later in the article.

Contrary to what Kosambi claims, the Gītā is often opposed to the orthodox brahminical ideas of ‘study of scriptures as the highest goal’ and ‘strict adherence to rituals.’ The Gītā denounces mindless study of scriptures and rituals. It downplays people’s obsession with the karma kāṇḍa (ritualistic) aspects of the Vedas. Varṇa plays a cameo while guṇa and karma take centre-stage. Personal development is consistently the focus while society/social action is a mere footnote. The Gītā is a highly inclusive text that tries to find harmony in diversity.

Kosambi himself accedes to the fact that Vedic rituals were the power of the brāhmaṇas. Now, if the Gītā was sung for upper classes like Kosambi claims, why are the rituals condemned? Why does Kṛṣṇa rate a yogi higher than a mere ritualist? Here are a few striking examples from the Gītā –

Those who lack proper insight

delight in the letter (and not spirit) of the Vedas;

they proclaim in flowery words:

They are full of desires and

reaching heaven is their supreme goal.

They perform many elaborate rituals

to attain pleasure and power.

Those attached to pleasure and power

are led astray by that flowery language.

They never attain the firm intellect

Those who work craving for worldly success

offer ritualistic worship to the gods.

Indeed, in the world of humans,

By just being on this path of yoga

one transcends the rewards gained

by reading the scriptures and performing rituals (BG 6.44)

A yogi is superior to an ascetic,

he is also superior to the learned,