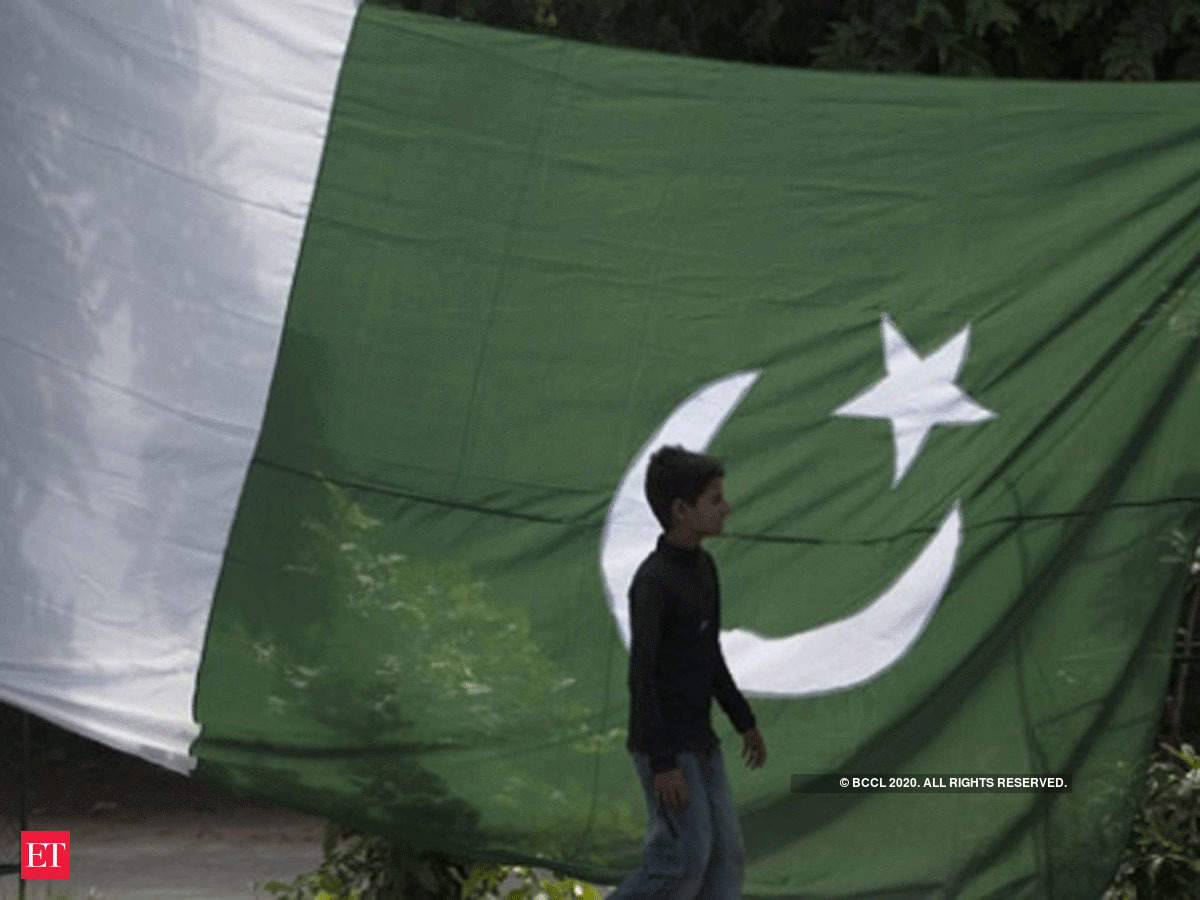 In July 2016 Pakistan was declared one of the best performing economies in Asia. Bloomberg termed the Pakistan Stock Exchange the best of the Asian markets in a report stating that it had regained ‘tiger’ status in the region. (1) According to the report, the inclusion of Pakistan in countries with Emerging Markets status would lead to a flood of foreign investment. Media reports described Pakistan was surfacing as a “market leader”. (2) Leftists and seculars in the Indian media cheered for the Islamic Republic and took digs at their own country. “Move over, India. Pakistan is the hottest equity market in South Asia,” squealed Quartz India. (3)

Famous last words. The rosy outlook has since turned gloomy in 2020 with Pakistan witnessing the highest inflation rate in the world, putting immense pressure on this dirt poor country of 212 million people. The same Bloomberg which had heralded the emergence of Pakistan, now admits it has the worst performing currency in Asia. (4) With the Pakistan government’s own Economic Survey (5) painting a dismal picture of the domestic economy, all signs are that Terroristan is sinking.

Nothing Islamabad is doing seems to work. In order to cool down the inflationary pressure, the country’s central bank recently hiked interest rates. The move backfired as it not only increased inflation further, but also killed industrial growth and services because the private sector stopped borrowing costly money.

How did this almost Asian tiger become the nearly failed state? The dream run of the Pakistani economy ended soon after Narendra Modi became the Prime Minister. It is now a nightmare. Here’s how it panned out.

In November 2016, Modi unleashed demonetisation, dismantling the fake Indian currency business that was based out of Pakistan and which financed the Pakistani economy plus its vast terrorism industry. (6) In fact, the fake Indian currency business is so critical to the Pakistani economy that the capacity of the currency printing presses in Karachi and Peshawar was more than the installed capacity of the RBI’s Mudran Press in Mysore or the Bank Note Press, Nashik. (7)

In 2017, Pakistani farmers in the border areas started experiencing crop failures as India choked their water supply. (8) For decades the Pakistani farmers had been taking advantage of a leak in the Indira Gandhi Canal in Rajasthan’s Sri Ganganagar district, which allowed them to grow a variety of crops.

The leak, which was detected along a 15 km stretch of the canal in the Daulatpura area of Sri Ganganagar, was plugged only in 2015, a few months after Modi’s arrival. The government conducted a test in 2017 and declared that the Pakistani farmers were no longer getting the free ‘water supply’ from India. The impact on the weak Pakistan economy must be considerable as the areas bordering India are mostly barren desert. Without water from India, nothing can grow there.

More pain is coming. In 2018 India declared it would fast-track three projects, including construction of two dams, to arrest the unutilised water of its share under the Indus Waters Treaty. This alone would kill an entire sowing season in Pakistan in the years ahead. It’s incredible that while 300 million Indians are facing a water crisis, it has taken the political leadership 60 years to take this step.

The cancellation of MFN (most favoured nation) status to Pakistan and the closure of trade routes following the Pulwama terror attack in February 2019 have resulted in losses of billions of dollars and hundreds of job days. After Pulwama, the Modi government has made efforts to cripple the Pakistani economy by increasing duties on essential products. Pakistan’s primary exports to India were fresh fruits, cement, petroleum products, bulk minerals and ores and finished leather. The 200 per cent duty increase on imports from Pakistan has ensured this trade is now history. With Pakistan no longer able to import cotton from India, its textile industry has taken a hit. It is now sourcing pricier supplies from the US, Australia and Egypt. (9)

In any trade it is the weaker country that gets bruised. Pakistan does not feature among India’s top 35 exporters and importers. On the other hand, India stands at the seventh place in Pakistan’s list of top 10 countries from where it imports. (10)

However, it was the strike by 12 Indian Air Force fighter jets on Balakote, deep in Pakistani territory, that caused lasting damage. Unable to detect IAF aircraft in the radar clutter, Pakistan closed its airspace for weeks, leading to heavy losses. An extensive study of operations by Pakistani and foreign carriers between February and late June showed that 400 flights a day were impacted by the closure, resulting in a loss of $100 million (Rs 688 crore) for Islamabad. State-run Pakistan International Airlines suffered losses to the tune of $460,000 a day due to suspension of flights to international destinations such as Kuala Lumpur, Bangkok and Delhi. (11)

The Gulf states used to be Pakistan’s primary – albeit grudging – benefactors. The reason was that in most of these emirates, the sheikhs don’t trust their own people with defence and security. Saudi Arabia, for instance, used to hire Pakistan Air Force pilots to man the Royal Saudi Air Force. Pakistan Army soldiers and officers were stationed in Saudi Arabia and Bahrain. However, in view of the increasing radicalisation of the Pakistan military, there is growing fear among Gulf leaders that Pakistanis will infect Arab soldiers and citizens with the virus of jehad. Consequently, most of the Gulf states got rid of the Pakistanis in their defence and security establishments.

In 2016, the Saudi security forces foiled a terror plot in which two Pakistanis were held for plotting to explode Al-Jawhara Stadium in Jeddah where more than 60,000 spectators had gathered to watch a soccer match between the national teams of the Kingdom and the UAE. (12)

The following year, Saudi Arabia deported almost 40,000 Pakistanis on grounds of security, reflecting a hardening stance towards its traditional ally. (13) Kuwait, which used to be the most pro-Pakistani – and most anti-Indian – sheikdom in the Gulf, banned would-be immigrants from Pakistan from applying for visas.

These strong anti-Pakistani actions come in the backdrop of improving strategic ties between the sheikdoms and India. Modi has been awarded the highest civilian awards by both the UAE and Saudi Arabia, reflecting the high esteem he enjoys in the region. The $15 billion planned investment by Saudi Aramco in Reliance Industries is in no small measure due to India’s diplomatic push.

The quid pro quo for large-scale investment in India has to be a downgrading of ties with Pakistan. This is the reason why the Gulf states are drawing fewer workers from Pakistan, but more significantly they are less inclined to provide Pakistan with unlimited funds. However, they will drip feed Pakistan to keep it alive because don’t forget that Pakistan’s nuclear arsenal is paid for by Saudi Arabia. The Saudis are the real owners of the Islamic Bomb. (14)

With the Gulf states bearish on the Pakistani economy, investors from the West and Asia are also adopting a wait and watch policy.

Modi’s humiliation of Pakistan has played a key role in exposing the country’s standing as an exporter of terror. One must understand that for all their prosperity and advances in technology, most Westerners, and especially their politicians, are not very well informed. Also, don’t forget that even today they have an atavistic sympathy for Pakistan, which they know was created to serve Western interests against Russia.

It took very strong action by India to jostle the Westerners out of their complacency. The surgical strikes by the Indian Army in 2016 was the first punch in the guts that exposed Pakistan’s role in exporting terror. The IAF’s deep strike at a terrorist training factory in 2019 demonstrated to the world that Pakistan was undoubtedly a safe haven for terrorists.

Global investors are swayed by sentiments and India’s decisive actions have made them veer around to the view that Pakistan is a dangerous place to plonk down their cash in. Nobody likes to invest in dangerous places. If that wasn’t enough, Pakistani capital is also fleeing the country as the situation on the ground goes from bad to worse. This is why money is fleeing Pakistan like a bat out of hell.

India has got its boot on Pakistan’s neck. So expect Islamabad to send peace feelers, which will be amplified by its useful idiots in India. These leftist journalists, seculars and the likes of former RBI governor Raghuram Rajan will write columns asking Modi to “give peace a chance”. They will launch into high-decibel debates on TV, saying ‘Gandhi’s India’ would not allow 200 million Pakistanis to suffer. A few low IQ Indians will start feeling sorry for the poor Pakistanis.

But taking off the boot at this stage would be a mistake. Pakistan is crumbling – just like the Soviet Union imploded due to Moscow’s foolhardy arms race with the US despite having half of America’s GDP. The Pakistan Army is making the same mistake – in the middle of the coronavirus lockdown when everyone in the world was taking a pay cut, the Pakistan Army demanded a 20 per cent increase in its budget. (15)

India should encourage Pakistan to increase defence spending by making aggressive moves along the border and the Line of Control. Regular intrusions by Indian fighter jets into Pakistani airspace interspersed with occasional surgical strikes by the Indian Army will spook the Pakistani establishment and unhinge their decision making capacity. They will make the same mistakes that the communists in Moscow made and brought down the mighty USSR. Pakistan is a paper tiger in comparison and will collapse more quickly. Now is the time to increase the pressure. Now is not the time to show the Prithviraj Syndrome of being magnanimous towards defeated enemies. For, only when Pakistan collapses and becomes four separate countries will India finally have peace on its western border.

14. J.E. Peterson, Saudi Arabia and the Illusion of Security, page 86

Effects of Demonetisation: A Brief review