Eight statements about Pandit Jawaharlal Nehru by his contemporaries 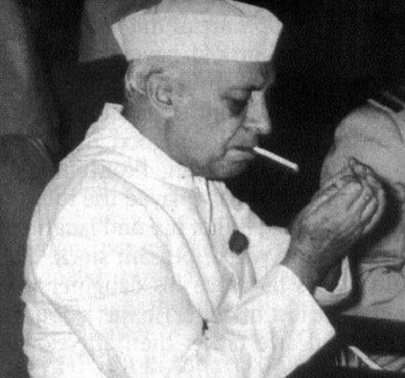 One of the significant things carefully buried by the Nehruvian ecosystem that monopolized the Indian public discourse for nearly six decades is the fact of how often and how sharply Jawaharlal Nehru was criticized in his own time by his colleagues within the party and the Government.The following is a random selection of eight such striking criticisms of Nehru by his own contemporaries:

1. I charge you with communalism because you are bringing forward a law about monogamy only for Hindu community. Take it from me that the Muslim community is prepared to have it but you are not brave enough to do it.

J.B. Kripalani, in 1955 during the parliamentary debate on the Hindu Code Bill.

2. The Prime Minister has practically helped the Chinese to bring their border down to the Indian border. Looking at all these it seems to me that it would be an act of levity not to believe that India, if it is not exposed to aggression right now, is exposed to aggression and that aggression might well be committed by people who always are in the habit of committing aggression….

3. Just as in the days of the Mughals, ministers would play with the Nawab’s children, today you are being worshipped, and your worshippers have put up bholi-bhali Indu’s name for the post of the Congress president. And perhaps you have accepted it without blinking an eye……Please don’t be under the misapprehension that this lining up of supporters for the proposal to put up Indu’s name is entirely due to the force of her personality. It is being done hundred per cent to please you.”

Mahavir Tyagi’s letter translated in Papers of Jawaharlal Nehru edited by Madhavan Palat, under the auspices of the Nehru Memorial Museum and Library.

4. The discussion had scarcely begun when Jawaharlal Nehru flew into a rage and upbraided Sardar for his action and attitude towards Hyderabad. He also directed his wrath against V.P. Menon. He concluded his outburst with the remark that in future he would himself attend to all matters relating to Hyderabad. The vehemence of his attack, as well as its timing, shocked everyone present…….Shri V.P. Menon and H.M. Patel have borne out the truth of the foregoing incident.

5. When I was back in Delhi (after successful integration of Hyderabad) Sardar insisted that I should call on Jawaharlal Nehru as a matter of courtesy. When I went to the Prime Minister’s office in Parliament House, he came out in the ante-room and frigidly accosted me: “Hello Munshi”. “I have come to call on you, now that I am back in Delhi,” I said. He almost turned as if to go; then he turned round, shook hands with me and left. I told Sardar how sorry I was to have accepted his advice to see Jawaharlal Nehru. Sardar laughed and said: “Some of them are angry that you helped in liquidating the Ittehad power. Some others are angry that you did not allow them to remove the Nizam from Hyderabad straightway. Some cannot vent their anger on me, and therefore make you the target.”

6. To Pandit Nehru’s statement in the Indian Parliament in the prelude to the Sino-Indian War that “Not a blade of grass grows in Aksai Chin”, by which he attemptedto explain that Aksai Chin was a barren land and India had lost little by its occupation by China. Mahavir Tyagi replied, pointing to his own bald head: “Nothing grows here ..should it be cut off or given away to somebody else?

Sandhya Jain,  Our China policy is a saga of failures

7. The Sardar was favoured by the provincial Congress committees as the next party president, but Motilal Nehru wrote to Gandhiji asking that Jawaharlal should succeed him. Motilal wanted to see his son Congress chief before he died. My father agreed with Bapu that Motilalji’s wish be fulfilled…The influence of Mridula Sarabhai and Rafi Ahmad Kidwai on Nehru was to a large extent responsible for the rift between my father and Jawaharlal.