Exploring ancient theistic arguments from the Nyāyakusumāñjali- I 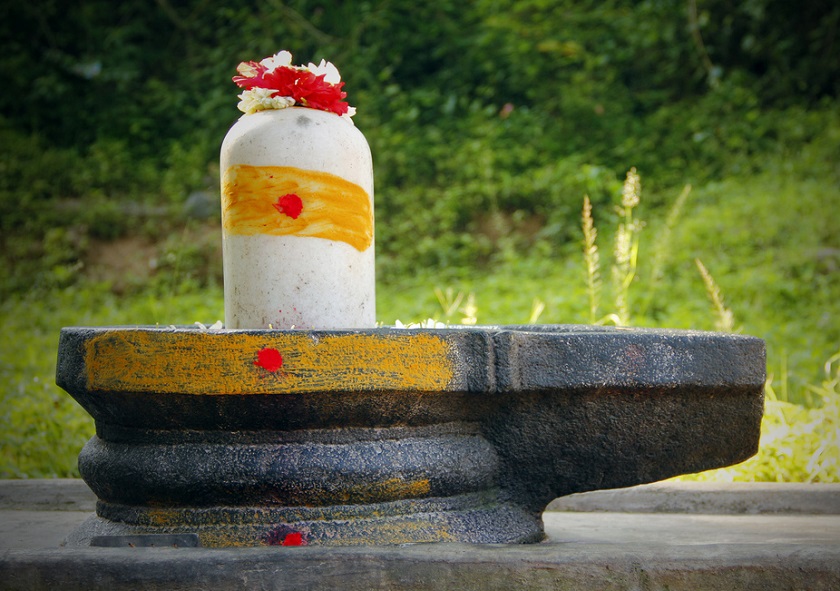 It is common knowledge that atheism isn’t a recent phenomenon. Centuries and millennia prior to our own births, men have questioned the necessity to include a supernatural as the basis of explaining their lives. Of course the root of this feeling is not as rational every time, and is more often a sense of hubris and a reluctance to have someone who has more control and agency over the course of our lives.

The attachment of the mind to the ego complex leads some to accept any stream of logic that would disprove the existence of a Deity. This is not to deny the existence of a genuine atheistic strain of thought, I am merely pointing out the hypocrisy of certain elements who have not expended significant effort into answering this fundamental question and settled for the same faith based answers in a manner similar to what they accuse their theistic counterparts.

This problem was what plagued the ancient proponents of the Indian philosophical school Nyāya. In the beginning they were for want of a better word; Agnostic. This is to not to say that they doubted the existence of Īśvara (henceforth referred as God), just that for their inquiry and exposition they did not need a Deity. This continued till they encountered the Lokāyata and Bauddha Dharma which had moved from scepticism to atheism. The history of the debates between Orthodox (Āstika) schools and Heterodox (Nāstika) is beyond the scope of this article. However, all this came to a conclusion at least with this basic point after Udayanācārya’s work Nyāyakusumāñjali (A Handful of Flowers of Logic). Each of the chapters would require detailed exploration, so I will make a series of it. So I begin with a part of the first stavaka which deals with five theoretical objections that are raised while dealing with existence of God.

They are as follows:

I will discuss the first one within this piece.

(An absence of a supernatural means to the Otherworld)

This is countered thus:

From dependence from eternity, from diversity, from universal practice, and from the apportionment to each individual ātman, mundane enjoyment implies a supernatural cause.

The first proposition kept in favour of the supernatural cause is dependence. How? Dependence on the basis of ephemerality of effects, i.e. the effects exist only for a short span of time and are not always present in the 3 frames of time; Past, Present, and Future. Since these effects are temporary, they must have a cause. An example can be given thus, we eat food when we are hungry, the satisfaction of hunger upon consumption is the effect. We know that this satisfaction is not everlasting, once the food is digested and expelled from the body, we feel hungry again. This satiation does not result without a cause, it requires one to eat for it to occur. This dependency establishes that effects have a cause, if not so the effect would occur at all times and anywhere.

This analogy is countered by the opponent; they say that, if you say that the cause is eternal (God as the cause always exists) then the effect should also be eternal. Like a pot and clay, if the clay always exists then its effect the pot must exist forever as well. However, we know that a pot doesn’t exist forever, so by applying the logic in reverse, the cause must also be temporary. If that cause is temporary, then it too must be an effect (by your logic) and it too should have a cause. If that is so, then that cause too is temporary because it gave rise to a temporary effect. If we go on like this, we can never land at a cause that is eternal, and we’ll end up in an infinite regress!

To counter this objection, the next hetu is given; from eternity. Udayana takes the example of a seed and shoot. We know that shoots spring from seeds, however, the seed itself comes from a shoot which grew up to become a plant. So how can we explain the cause here when seed comes from shoot which comes from seed and so on. If you say that infinite regress occurs and hence disproves a primal cause, then by that logic the phenomenon of the seed-shoot-seed must not exist, however we see that it is not so. So we cannot accept your accusation of regressum in infinitum as a fault.

To this the response comes that we can accept your reasoning in this matter, however this does not prove your point. This does not mean that a God has to exist, we can even accept like the Vedāntin that “Brahman alone is the Cause” or like Sānkhya states, “Prakṛti is the Cause.”

To this, he says; from diversity. The non-dual Brahman or the indivisible Prakṛti cannot yield the multiple effects we see in this world (this is of course countered by Advaitins, but we are solely Naiyāyika-s as of the moment). Diverse effects can only be caused by a diversity of causes, and the cause itself is adṛṣṭa (unseen).

The opponent says, why should the Cause be unseen? Why cannot it be a known or seen Cause like yajña-s etc. which have known effects? Different yajña-s like Jyotiṣṭoma and Agniṣṭoma cause different effects do they not? Why can’t we acknowledge them as the Cause?

To this; from universal practice. All those who wish for Otherworldly effects perform the yajña-s. This however comes from the prerequisite of having conviction in the capacity of the yajña to grant the desired fruit. The yajña itself is just a temporary action, it ends after having being performed. How can we then assign to it the power of granting Heaven/fruits which comes much later, that too after it has ended? This means that after the yajña is performed it leaves after it an adṛṣṭa or link. This ensures that the influence remains even after the rites are over in the form of merit/demerit etc. This is known as āśaya, that which remains till the fruit is attained. This is imperceptible and hence can only be adṛṣṭa.

The opponent says, why should we attribute this enjoyment to the enjoyer (ātman), we can apply it to the thing that is being enjoyed. This adṛṣṭa must necessarily reside in the object being enjoyed and not the enjoyer or soul, which we anyway do not accept as existing. So this adṛṣṭa is not established because we assign its effect to the object which causes enjoyment.

To this; from the apportionment to each individual ātman. The object that produces enjoyment does not do so for every ātman. The same thing that causes joy for you may cause sorrow for another person. If the cause of enjoyment were to reside in the object, then it must cause a universal reaction from everyone. However, in reality we observe that there is a variety of reactions to the same object. This means that the cause of enjoyment or Bhoga must reside within an individual and not in the object, as it is the individual who reacts differently. If you say that adṛṣṭa resides in the multitudes of objects that then causes enjoyment in different ātmā-s, then it will suffer from an ativyāpti or unwarranted stretch. How? The adṛṣṭa present in Somadatta after his yajña would could then cause enjoyment to Devadatta, which is a ridiculous assumption. This adṛṣṭa must therefore reside in that place where the enjoyment is caused, i.e. the Ātman. The Naiyāyika-s now having established the existence of the adṛṣṭa in the ātman explain further: This unseen or “desert” is inanimate, and it cannot cause the fruit all by itself. This supposes the necessary condition of a Controller. The Controller sets the frame upon which the adṛṣṭa functions, like a the output of a written algorithm. This Controller we declare to be God.

I have tried to simplify the initial argument of Udayana, and how he set about to establish the existence of God. More analysis on the next stage of arguments will be done subsequently.