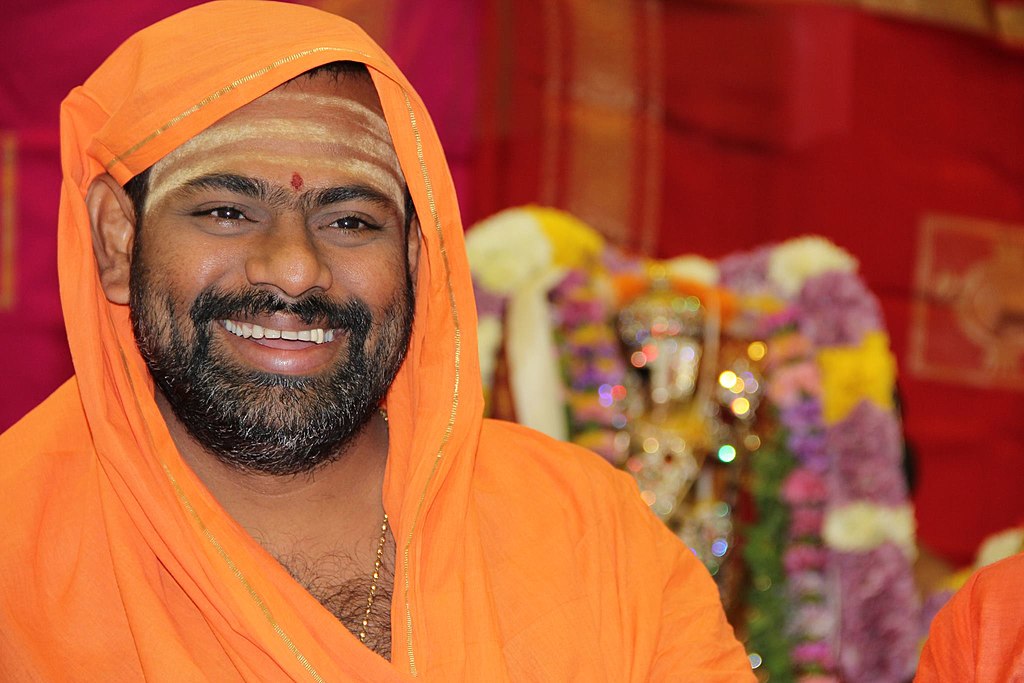 On Wednesday, Swami Paripoornananda was externed from Hyderabad for six months after being kept under house arrest for two days. The Swamiji is a renowned Hindu sadhu and leader in Telangana and Andhra Pradesh, who has worked for the upliftment of distressed communities and has fought against Christian evangelism.

IndiaFacts spoke to Dr. Omendra Ratnu, the founder of Nimittekam, an organization working for Hindu refugees in Jaipur, and who is closely associated with Swami Paripoornananda to have a clear picture regarding the insult heaped on the popular Hindu leader from Telugu region.

IF: It has been reported that Swami Paripoornananda has been externed from Hyderabad six months over his criticism of film critic Mahesh Katti Can you please explain, what happened and what is the ground situation now?

Omendra Ratnu: After Mahesh Katti had made disparaging comments on Bhagavan Rama and Mata Sita, Swami Paripoornananda ji had called for a Padayatra to protest against those comments. And the police had also given permission to perform Padayatra.

But, at the last moment, just a few hours before the Swamiji was scheduled to start the Padayatra, the police informed him that the permission was withdrawn, since, there might be law and order issue.

When Swamiji said that he is not afraid and refused to withdraw his Padayatra, the police put him under house arrest. This happened on Monday. But, when Swamiji refused to budge from his stand and insisted on carrying out his resolve, the police cited portions from old speeches and using this as a pretext passed the orders to extern him from Hyderabad for six months. This happened, yesterday i.e. on Wednesday. IF: So, Swamiji was externed using the excuse of some older speeches?

OR: Yes. Mahesh Katti was externed for his disparaging comments. What did Swamiji do? He did nothing now. He wanted to only conduct a Padayatra. But, he was externed under the pretext that the some portion of his speeches from 2017 were supposedly controversial. A grave injustice has been done to Hindus. Were the police sleeping since 2017 that they are acting on those speeches now? Where are the police when people like Owaisi make disparaging and anti-Hindu statements against Hindus and Hindu religion routinely? It is clear that the only motive is to insult a Hindu sadhu using flimsy grounds. This will not stand legal scrutiny.

IF: So, will Swamiji be challenging this externing order in the courts?

OR: Yes, the order will be challenged in the court. We are confident that we would get a favourable ruling.

IF: You have been closely associated with Swamiji, since a year or so. Can you please share details about Swamiji, his background, his lineage and the work he is doing in Telangana and Andhra Pradesh.

OR: Swamiji is the disciple of late Swami Dayananda Saraswati of Arsha Vidya Gurukula. He runs a Telugu TV channel called Bharat Today in Telangana and Andhra, which focuses on Dharmic and Hindu Civilizational issues that deeply affect India.

In 2017, Swamiji started a grassroots movement called Rashtriya Hindu Sena that works among common people, especially among those from Dalit and other backward communities. The organization enrolls Hindu children and imparts them Hindu Samskaras, educates them in Vedic culture, sensitizes them about issues affecting India and Hindu society, so as to make them informed citizens who can work for the betterment of India and Hindu Dharma.

IF: Swamji is also said to be fighting religious conversion activities by Christian missionaries in Andhra and Telangana region. Can you shed some light about it?

OR: Yes. Christian missionaries are very active in this region and evangelism has become a huge threat. Swamiji has traveled across villages in this region, especially in Andhra, where he has started this initiative of 3G to counter Christian evangelism. 3G stands for “Gokulam”, “Gurukulam” and “Gopuram”. Gokulam refers to building cow shelters and protecting our cows. Gurukulam refers to traditional schools for imparting Hindu traditional knowledge to students. Gopuram refers to protection and preservation of our temples. Swamiji has adopted around 300 villages, mostly in Coastal Andhra region and through this 3G initiative, he has established Dharmic culture in those villages.

IF: Apart from legal action, are you planning to oppose this externing of Swamiji in any other way?

OR: Yes. We will also organize protests on the ground. Once, Swamiji reaches safely to Kakinada, we will strategize, consult with sister organizations, other mathas, and chart out a plan regarding how best to tackle this injustice.