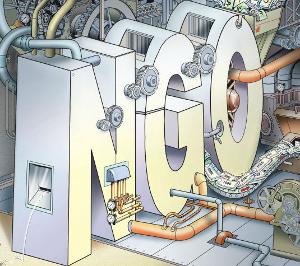 Thus, prima facie, RTE is both divisive and sectarian.

In general, it is important for the lay public not to be bamboozled by the name of a particular law. This is truer for the Right to Education Act than for any other. Our research has led us to reasonably conclude that in the long run, laws such as the Right to Education will end up determining who has the sole Right to Educate. For comprehensive research and analysis of this law, one can refer to these posts of Reality Check India(@realitycheckind): 1, 2, 3, 4.

The RTE Act was preceded by the Commission for Protection of Child Rights (CPCR) Act, 2005. The two are intimately tied to each other via Part VIII of the former. CPCR demands the establishment of a State-level (and a National) Commission for Protection of Child Rights (SCPCR/NCPCR), to which citizens affected by non-compliance of RTE (or of PCR rules) can appeal.

Although not explicitly included in the law, civil society (a phrase illegitimately appropriated by NGOs) is involved in the day-to-day execution, implementation and oversight of these laws. They interface between parents, school managements, and the NCPCR/SCPCR bodies. Furthermore, they create an aura of righteousness and Robinhoodery among the general populace via glorious descriptions of their activities related to RTE in mainstream media.

It is thus crucial for Indians in general and Hindus in particular (the affected party who are solely made to carry the RTE yoke) to examine those NGOs which are involved in the advocacy of the RTE Act and their funding.

This research report is in pursuit of this aim.

RTE-NGOs and their Foreign Funding

Just who are these NGOs which advocate RTE? Who are these pressure groups? Where do they get all the money that is required for their street and other protests and their expensive litigations? Who funds their sustenance?

One of the key developments in the NGO space over the last few years is their massive consolidation.

While mergers and acquisitions are common in business, NGOs do not merge into one another. While retaining their individual existence, they form loose alliances/networks/fora. NGOs advocating the Hindu-targetted RTE too have formed such alliances. Some prominent ones includethe RTE Forum (RTEF) and the All India Forum for Right to Education (AIFRTE).

In this report, we present a list of NGOs constituting RTEF and any NGOs which find mention in the following public domain documents related to RTE advocacy [5, 6, 7 and 8].

We note that nearly all the RTE-advocating NGOs are foreign funded, via FCRA. Details of their foreign funding are also provided in the following List. The following caveats apply:

The FCRA Registration Numbers of the NGOs are also provided in the Table. The data can be verified by choosing the State and Year at http://fcraonline.nic.in/fc3_amount.aspx ; State codes given in this article are the same as those used in State Road transport.

Table-1: NGOs which advocate and campaign for RTE and which maintain a vigil on its implementation

aBVLF-Ullash is listed as a member of RTE Forum India. However, BVLF is a non-profit Organization in Netherlands and stands for Bernard van Leer Foundation. FCRA records demonstrate that BVLF remits money to Youth for Social Development (YSD), Berhampur (OR/104910159). Hence, it is surmised that BVLF-Ullash on RTEF’s website actually means YSD.

bCCS does not figure in any of the linked documents 5-8 used in Table-1. It has been included in Table 1 due to its association with righttoeducation.in

Apart from the above, Campaign Against Child Labour (CACL) is also part of RTE Forum India. CACL is a network of NGOs and its member details, culled from 9 and 10, are given as under:

Table-2: Constituent NGOs of CACL, which is part of RTEF-India

The NGO Consortium in Uttar Pradesh (UP) working on RTE advocacy is called SCORE, which stands for State Collective for Right to Education. Details of individual NGOs (many of whom are foreign funded) which are part of SCORE have also been included in Table-1 above.

On the other hand, the other consortium, the All India Forum for RTE (aifrte.in) appears to be more of a leftist alliance. Many of its members are academicians in history or sociology departments of Universities in India. They appear to oppose the current RTE and demand free education for all to be delivered by the Government. Individual member organizations which constitute AIFRTE are not available in the public domain. Hence, whether they are foreign funded or no is a moot question.

The following are NGOs which were also listed in the primary sources (5 to 10) above, but which appear not to be foreign funded: APR (unclear what the acronym stands for), AarthAstha, and People’s Campaign for a Common School System.

So what can we infer from these lists?

On page 20 of its 2013-14 Annual Report, VSO-UK says that “the Government in Rajasthan has reopened eight schools after 10,000 parents, children, teachers and community representatives took part in public meetings supported by VSO (UK) on the Right To Education Act.”

It may be easy for a reader to dismiss organizations such as JOSH as ignorable. India can do that at its own peril.

JOSH, along with NCPCR, Government of India (!) held a public hearing on violations of RTE by schools (presumably Hindu-run ones, as others are RTE-immune anyway) in Delhi in 2011.

Read this Press Release on the same by the Ministry of Women and Child Development.

So which country spends the most on RTE advocacy in India?

Here is an interesting analysis that we can do.

The Tables above provide details of 48 FCRA-NGOs [Data from World Vision of India (TN/75900011) is not included in this analysis]. The IndiaFacts research team analysed all their FC6 returns for the country from which the funds originated.

For the sake of reference (or a benchmark), we have also analysed data for the country of fund origin of all FC6 returns (approximately, 20,000 FCRA-NGOs) for the year 2012-13. The following Table summarizes the results (in Rs. Crore) for the four chief fund origin countries.

Table-3: Analysis Of Country Of Fund Origin For RTE-Advocating FCRA-NGOs (Caveat: Not all the money received is used for RTE advocacy)

Although The Netherlands’ percentage (7.5%) to RTE advocating FCRA-NGOs is significant, its overall funding is just 30 Crore and thus does not matter as much as that of UK’s. It is clear that the UK is the major supplier of funds to FCRA-NGOs which advocate and monitor the implementation of RTE in India.

One may think that the result is skewed due to the inclusion of Oxfam India Trust, Plan International. (India Chapter) and Charities Aid Foundation (India) which happen to be FCRA-NGOs themselves (unlike Christian Aid).

Consider this: Around 10-15% of funds originating from the UK end up with FCRA-NGOs which advocate RTE. We reiterate that not all the money received by these FCRA-NGOs is used for RTE advocacy.

Yet, this percentage from UK is non-trivially large.

Nearly all NGOs which advocate and oversee the implementation of the Hindu-targetted Right to Education Act are foreign funded. The United Kingdom appears to be the chief source of such funds.

In light of these appalling, documented revelations, we can conclude that the ball is now the Indian Government’s court.