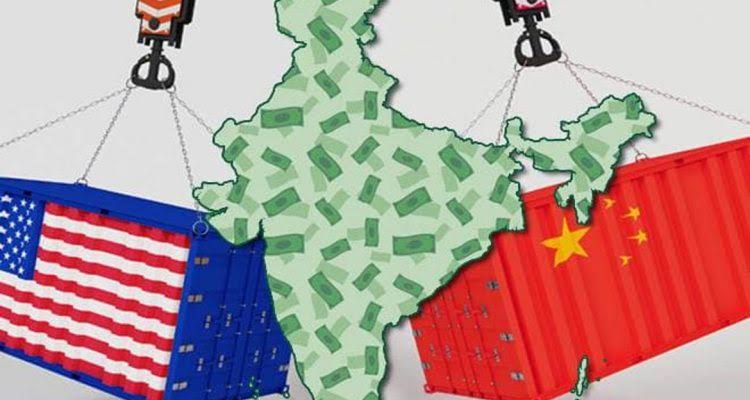 It is a sad fact that foreign and security policies of independent India had not been sufficiently influenced by geopolitical concepts and logics, but rather more by ideological convictions, internal political considerations and personal affinities of its leaders. Let me just remind our readers of totally naive belief of Jawaharlal Nehru in “Indian-Chinese friendship”, which made him conducive to accept and even condone Chinese occupation of Tibet in 1950 (the most detrimental foreign policy blunder in the entire modern history of India), in spite of repeated and increasingly desperate pleas for political-diplomatic support and military assistance from young 14th Dalai lama. This misguided and very harmful policy of constant appeasing the assertive Communist giant led to the infamy of painful Indian defeat in short and brutal Himalayan war in the fall of 1962.[i] Fortunately, approximately in the last decade and half we can observe the blossoming of modern Indian geopolitical thought and its growing application to foreign- and defense-policy decision-making.

The rise of India in Indo-Pacific macroregion and on the global level is taking place in the period that has been defined by majority of international relations experts as a “nascent multipolarity”, but in my opinion it is getting more and more obvious that the central dynamics of global politics and economy in the first half of 21st century has been a multifaceted rivalry for global supremacy between current hegemon (USA) and ever more audacious challenger for the top position in the food-chain of international relations (People’s republic of China). Other poles of power (European Union, Russia, India, Iran, Japan, Brazil …) tend for the time being to cluster around one of the two “top dogs”. American experts on global politics Hal Brands and Charles Edel observe that fascinating economic growth of China in the last three decades has completely altered distribution of power and influence in the world at large: “China’s rise over the past three decades has been unlike anything in modern history. Its constant-dollar GDP rose from $1.9 trillion to $8.3 trillion between 1998 and 2014. Chinese military spending rose from 2.2 percent to 12.2 percent of the world total between 1994 and 2015. Beijing has acquired ever more advanced military capabilities; it has developed the economic wherewithal to influence countries from Southeast Asia to Eastern Europe and beyond.”[ii]

I think that China is much more dangerous rival to the USA then former Soviet Union: the latter was never really able to compete with USA (and other Western countries) economically and technologically. It only had a huge and very strong military and (seemingly) attractive ideology of Marxism, which preached class struggle and unity of “international proletariat”. China, on the other hand, can take enormous pride in its rapid economic, technological and scientific development. Consequently, certain Chinese companies (e. g. Huawei) already endanger American (Western) supremacy in various cutting-edge technologies. China is an emerging multidimensional superpower and thus a very serious competitor of the USA.

For decades Chinese leadership took heed of late “Paramount leader” Deng Xiaoping advice to focus on overall development of the country and not to challenge prematurely American hegemony. But under present leader Xi Jinping emboldened Chinese panda, so it appears, decided to throw down the gauntlet to the mighty American eagle. There can be no debating that China has become more ambitious, aggressive and authoritarian under Xi. At home, he has cracked down on dissidents, mercilessly repressed restive ethnic minorities (especially Uighurs in Xinjiang), strengthened political controls, transformed China into a ruthless high-tech police state and replaced collective leadership with personalized rule. In Asia, Xi has stepped up China’s use of military coercion, economic leverage, diplomatic pressure and influence operations to increase Beijing’s sway and constrict the choices of regional powers. Military and paramilitary forces have harassed, confronted and violated the sovereignty of countries such as India, Japan and Vietnam. Beijing is simultaneously advancing extremely ambitious geoeconomic projects, such as the One Belt, One Road (OBOR) initiative, Asian Infrastructure Investment Bank and Regional Comprehensive Economic Partnership (RCEP) designed to bring this vast and varied region into its orbit.

Further abroad, Xi has positioned China for a global challenge to American influence. Under his rule, Beijing has expanded its global military footprint. It has also used the OBOR initiative to project economic influence ever farther from China’s periphery. Even more – it is beyond doubt that the ultimate geopolitical goal of OBOR initiative is geoeconomic and infrastructural unification of globe’s axial supercontinent Eurasia under Chinese hegemony. If this is achieved, Beijing will be in position to influence decisively geopolitical dynamics of entire Eurasia. Xi’s “Made in China 2025” initiative bespeaks an ambition to wrest economic primacy from the USA by seizing the commanding heights of technological innovation. Chinese leadership has also declared that Beijing will now act as an ideological alternative to Washington and has expanded efforts to support authoritarians and undermine democracy overseas. No serious observer of contemporary can dispute that Chinese behavior has changed in nefarious ways under president Xi Jinping.

If America wants to thwart Chinese hegemonic ambitions, it has to organize and orchestrate a wide and cohesive anti-Chinese coalition all over Eurasia (and, at least to certain extent, on other continents as well) with a focus on Indo-Pacific area (Eastern, South and Southeastern Asia plus Australia). In this strategic setting, the geopolitical position and role of India is of highest importance. I would even dare to say that the effective functioning of such a coalition overwhelmingly depends on India’s (non)participation. Why? If we apply the so called Rimland theory[iii], which was formulated by American political scientist Nicholas Spykman to the present complex geopolitical/geoeconomic situation in Indo-Pacific macroregion, it is quite evident that only India (due to its geographical position, demographic heft, fast economic growth, increasing military power and traditional sociocultural influence) is capable of containing and – under auspicious circumstances – even rolling back the Chinese power in the wide arc, stretching from the Red sea and Persian gulf in the west to Malacca strait and even South Chinese sea in the east. India is nowadays in my opinion the most significant among the so called swing states in global geopolitical configuration. Chinese are much more aware of this pivotal role of India than Indians themselves; namely, how can we otherwise explain constant and systematic Chinese designs to weaken or, at least, to by-pass India (building the double-use port in Pakistan’s Gwadar together with the entire Pakistan-China Economic Corridor, encroachments to Nepal, Bangladesh and Sri Lanka, eavesdropping stations in Myanmar, testing India’s resolve in Bhutan etc.)?

I am fully convinced that recent decision of Indian government that India will not enter China-dominated RCEP is strategically wise and will be validated by history as such. Of course, various pro-Chinese and pro-Russian pundits (e. g. notorious Andrew Korybko)[iv] are loudly criticizing and bemoaning this decision, but if demographically and economically weak Russia (successor of former Soviet Union, which was defeated by the USA in other NATO member states in the Cold war) has evidently resigned to the grim fate of being China’s raw materials base, why should not demographically and economically much stronger India strive for a much more promising and dignified future? Indian and Chinese vital strategic interests are irreconcilable. On the other hand, Indian and American strategic interests are certainly not identical, but – as history teaches us – common foe (in this case China with its hegemonic ambitions) is the most effective glue of any political-military alliance. Besides, there are also other important elements binding USA and India: both countries are flourishing democracies, extremely successful Indian diaspora in America, India is due to a dint of history, let us call it, very important associate member of Anglosphere etc.

Do not get me wrong – I am absolutely not in favor of India being reduced to a puny vassal of USA! I have in mind a special strategic relationship, designed and maintained in order to contain and, if possible, rollback Chinese power and influence in the vast Indo-Pacific region. In fact, India is too big, too powerful and too proud to be someone’s vassal. Additionally, I think that India should in the period of next 10-15 years in the manner of virtually all super- and great powers past and present proclaim “zone of special interest and influence”[v], which ought to cover the entire area of Indian ocean with its seaboard areas plus, of course, South Asia, Tibet[vi] and major part of Southeastern Asia. India should consequently exercise (mostly benevolent) hegemony in the aforementioned areas and make it clear that it will not tolerate the interference of hostile powers in its zone of special interests and influence. The next article of mine will be devoted to more concrete geopolitical steps and measures which should be carried out by India in the next 15-20 years, if it wants to develop into a superpower in its own right.

[vi] I will elaborate on this pressing geopolitical topic in the next article.