Hinduism and Caste: A Counter Narrative 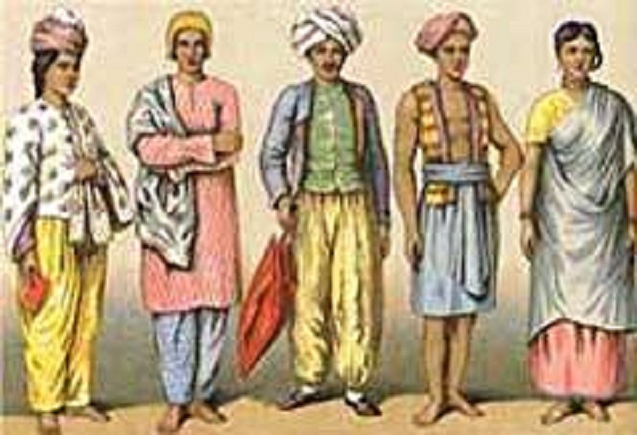 The media and academic narrative today presents Hindu civilization as a negation of 21st century egalitarian norms. While elements of this description are not entirely incorrect given the hierarchy and exclusion prevalent for instance in post-war Sri Lankan Tamil society, it is imperative to challenge this version and provide a liberal counter-narrative consistent with intellectual honesty and truth. A counter-narrative would help empower the socially marginalized in the Sri Lankan North and unite the population under the rubric of economic development.

Hindu civilization was never static. It was marked by constant movement, redefinition and struggle. It had no fixed position. Reformers within the Hindu tradition confronted hierarchy and exclusion throughout history. The pre-eminent scriptures in Hinduism i.e. the Vedas and Upanishads were not centered on caste. Key successor texts and folk practice frequently challenged social elitism.

The absence of fixed tenets or a rigid theology is conducive to free thought and an enlightened liberalism. Dr. Sarvapalli Radhakrishnan views Hinduism as “a movement, not a position; a process, not a result; a growing tradition, not a fixed revelation.” The religion is a non-institutionalized continuum of different schools, denominations and practices where common motifs and themes recur to give it a recognizable identity and coherence.

Hinduism is not a monolith. It comes in all colors and sects. Its social legacy in the late classical Khmer Empire and the Indonesian archipelago was quite different to that in the Indian subcontinent. Hindu civilization cannot be reduced to a mere caste-centered tradition.

This opinion piece will focus on India. Within the Indian subcontinent itself, caste was never a static concept. Social relations were fluid in the history of Hinduism. Entire communities moved up and down the social ladder with shifting trade routes, developments in commerce, technological advancement and peasant movement. Temples in South India played an integrative role as they channeled resources for investment, assumed the role of bankers, employers and landlords and emerged as centers of retail enterprise. The Temples illustrated a de facto alliance of peasant and priest, of king and merchant, of artisan and artist.

One can turn to Dharampal’s landmark thesis titled “Indian Science and Technology in the 18th Century: Some Contemporary European Accounts”. The publication refers to archival records in London to demonstrate that the “Madras Presidency” enjoyed impressive levels of prosperity and literacy in the pre-colonial 1700s. The affluent village economy in South India supported a broad network of rudimentary schools centered on the village temple, where basic skills in reading, writing and arithmetic were imparted to members of all castes.

The contrast with levels of education in pre-industrial age England stands out. Dharampal explains that the Madras Presidency did better than 18th century England on several fronts. These include: the (i) percentage of the non-dominant social classes or the non-elite in the student population; (ii) enrollment of girls; (iii) number of schools proportionate to the total population; (iv) number of students attending these institutions; (v) duration of time spent in school by the students; (vi) educational background of the teachers; and (vii) range of subjects taught. This is not to deny the presence of social inequity. While India remained a stratified society with untouchability, it did offer some avenues of advancement for the non-elite. Social relations were fluid.

Persons of all castes contributed to a Hindu intellectual understanding of the world. The premier texts of the Hindu tradition had a multi-caste authorship. Mahidasa, the reported author of the Aitereya Brahmana dated to circa 800 BCE (Before the Common Era) was half-Dasyu whose mother’s name Itaraa meant ‘the outsider’. Valmiki, the author of the Indian epic the Ramayana, belonged to a robber tribe.

Legend has it that the great rishi, Parasara, was the son of an outcaste girl. Vyasa, his son by a fisherwoman, reportedly authored the pre-eminent Indian epic, the Mahabharata and the philosophic magnus opus, the Brahma Sutras.

There was a rich tradition of dissent in Hindu civilization. Verse 7:103 of the Rig Veda dated to circa 1,400 BCE likens the chants of the priests to frogs croaking in twilight. The Upanishads, a series of philosophic texts compiled over the first millennium BCE, question ritual, priest-craft and dogmatism. They uphold reason and free inquiry.

An enlightened liberalism underpins all Hindu philosophy and metaphysics. The Upanishads assert that all men and women have the capacity to attain Moksha or salvation regardless of caste. The Svetasvatara Upanishad for instance emphasizes that the attainment of immortal bliss is the birthright of all, irrespective of social class. Thus, no one has the right to despise another. Vedanta proclaims the oneness of existence and denies that birth in a particular race or caste is an impediment to liberation or Moksha. Differences of caste, race and gender are in the final analysis illusory or Maya. Humanity is one in its essence with the Atman or self at the core of each person.

Hindu Piety in the Tamil land and Karnataka

Much of the Bhakti movement of devotion to a personal god, continued to emphasize democratic values. Proponents questioned exclusiveness, hierarchy and exploitation. People of all castes participated in the Saivite Hindu devotional movement.

The Tamil Saivite Naayanaars between the 7th and 9th centuries CE ignored all advantages or disadvantages on account of birth, occupation or social status. They brushed aside all barriers arising from rules of ceremonial purity.  The Naayanaars included peasants, fishermen, hunters, herders, outcastes, toddy tappers, washermen, soldiers, merchants, kings and priests.

A cardinal tenet of this movement was that Siva, God Supreme, responded to an individual not on the basis of his or her lineage but on the depth of his or her faith. The Tamil land witnessed the subsequent rise of Ramanuja, a Vaishnava saint of the 11th century CE who threw open the temples to all castes. He referred to the oppressed, the broken and excluded as the Tiru-kulattaar i.e. communities worthy of respect.

The Lingayats in the 1100s CE represented democratic stirrings in early medieval Karnataka. This Saivite movement offered equal status to all. The Lingaayats united persons of all castes in committed devotion to Siva. This movement, which included 60 eminent women saints in positions of leadership, emphasized the dignity of labor, inter-caste marriage and the abandonment of untouchability. The Siva Anubhava Mantapa was established as a multi-caste public forum to discuss, debate and define the principles of Saivite Hinduism. The formulation of religious doctrine was not left in the hands of the educated but was debated and defined by the assembly as a whole.

The later Tamil Saivite Siddhas in medieval times continued to oppose caste-based oppression. Most Siddhas were outcastes and spoke out, in Siva’s name, against exploitation. Pattinattaar, Sivavakhiyaar and Pathirakiriyaar attacked religious hypocrisy and formalism. Sarvajna in Karnataka and Vemana in Andhra in the 1500s continued to exhort that all humans are equal from the standpoint of the divine.

Hindu Fervor in Maharashtra and Gujarat

One can similarly highlight Namdev, the tailor, (1270-1350 CE) whose guru was a grocer. His songs of protest and devotion influenced medieval Hindu thought. His companions in worship included Kanhopatra a dancing girl, Sena a barber, Savata a gardener, Chokhamela an untouchable, Janabai a maidservant, Gora a potter, Narahari a goldsmith, and Jnaneswar, a Brahmin.

Namdev, Jnaneswar, Eknath, and Tukaram were poets of the masses who stressed the equality of man in the eyes of God. Vaishnava Hindu texts such as the Bhagavad Geeta and Shrimad Bhagavatam inspired these Maharashtrian saints.To quote the Shrimad Bhagavatam-
“I desire from God neither kingship nor freedom from rebirth!

I pray that I stay amongst the afflicted, bear their grief

and liberate them from the causes of their suffering.”

Gujarat had Narasimha Mehta in the 1400s CE who claimed that all regardless of caste, wealth or gender were Hari’s (Vishnu’s) subjects and thereby entitled to the name Harijana. Mehta described a Vaishnava in the following words:

“One who is a Vaishnava
Knows the pain of others
Helps those in misery
and has no conceit.

A Vaishnava sees all equally,

Mehta’s contemporary in Assam was Shrimonto Shankardeb who embraced individuals belonging to all castes and tribes in his devotional Vaishnavism defined by the Shrimad Bhagavatam. The mass movement he initiated Hinduized the tribal Tai-Ahom in what is today Assam with subsequent ripple effects on the ethnic Meitei in Manipur and the tribal Kokborok in Tripura. The Tai and Tibeto-Burman peoples were brought under the fold of Hindu civilization, a phenomenon subsequently witnessed in Nepal.

“Do regard all and everyone as though they are of God

Do not inquire about an individual’s caste”.

Other voices of protest rooted and venerated in the Hindu tradition included the Vaishnava saint and student of Ramanuja i.e. Ramanand and his disciples Kabir the weaver, Ravidas the outcaste cobbler, and Sena the barber in North India. Many more examples can be given.

These examples are provided to illustrate that the evidence to construct a more egalitarian and empowering counter narrative exists within the Hindu tradition. This needs to be leveraged to empower the poor, the landless, the war widows and the marginalized in post-war North Sri Lanka. This is not to deny the real legacy of subjugation, exclusion and humiliation that caste represented. Hinduism, like every other religion, has had its share of oppression.

That said, we need to harness a liberal counter-narrative within Hinduism to address past injustice and re-emphasize the oneness of humanity. We can then recover an inheritance centered on Loka Samgraha, the purposive action towards the social good, and Kshemakrit, the welfare obligation to the poor. The highest worship is that of Daridra Narayana, that divinity in the Vaishnava Hindu tradition who assumes the form of the downtrodden.

As Tiruvalluvar, the fifth century CE Tamil poet, appropriately mentions in verse 971 of the Tirukural:

”All human beings are equal by birth;