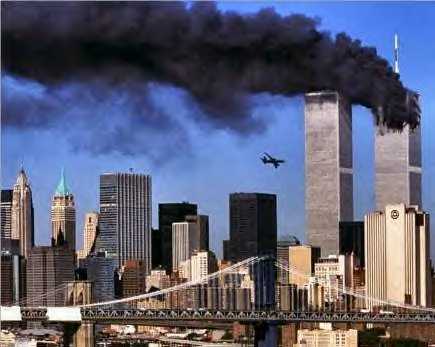 One should respect Ayman Muhammad Rabi al-Zawahiri’s perfect sense of timing. On 3 September 2014, the long-time second-in-command and present head of the dreaded terror organization Al-Qaeda, announced the formation of an Indian branch of the terror outfit Al-Qaeda-Al-Hind, calling on Muslims living in Kashmir, Assam, Gujarat, and Bangladesh to join the “caravan of jihad”. This comes a week before the thirteenth anniversary of the attacks on World Trade Center, often called the “masterwork” of the Al-Qaeda. Following Zawahiri’s declaration, former CIA analyst Bruce Riedel, considered to be one of USA’s leading expert on counter-terrorism, said:

This video, the first from Al-Qaeda leader Ayman Al-Zawahiri this year, should be taken very seriously.… From its base in Pakistan and with its close links to Lashkar-e-Taiba, al-Qaeda is a dangerous menace to India.

Reaction of the Government of India was swift as the Ministry of Home Affairs instructed the intelligence agencies to take all the necessary steps to ensure that the expansion of Al-Qaeda is impeded. But as expected, the usual reactions from certain well-wishers were laced with double-meanings. Eminent Congressman Digvijay Singh tweeted the following:

State and GOI agencies must be more vigilant. At the same time establishment must also ensure fair and impartial treatment to Muslims.

If the Muslims lose faith in government and judiciary, fringe elements encouraged by the fundamentalists may become easy prey to al Qaeda.

A cursory glance of these tweets make them seem innocent, but if one has been attentive to the Indian political scenario, the veneer of innocence will start slipping. Sample the following statements on terrorism:

1. In 2013, Shakeel Ahmed, Congress general secretary, quoted from a National Investigating Agency (NIA) document that the Indian Mujahideen (IM) was formed in response to the 2002 Gujarat riots.

2. In December 2010, Digvijay Singh attended several events promoting a spurious book called 26/11, RSS Conspiracy, which attempted to link the RSS and its affiliates with the Mumbai terrorist attack on 26/11. At the same time, Singh claimed that the then Gujarat Chief Minister Narendra Modi was making the state a citadel of ‘Hindu Terrorism.’ This claim, like many of Singh’s delusions was not backed by any solid evidence.

3. On 8 August 2012, Majlis-e-Ittehadul Muslimeen chief and Member of Lok Sabha, Asaduddin Owaisi proclaimed: “I warn the Central Government; I warn the honourable Members over here… If proper rehabilitation does not take place, you be ready for a third wave of radicalisation among Muslim youth.” He was speaking in the context of the 2012 violence in Assam between the Bodos and the illegal Bangladeshi immigrant Muslims. In so many words, Owaisi basically said that Indian Muslim youth will turn to terrorism if illegal Bangladeshis are deported.

In the last decade, anytime a jihadi terror outfit carried out attacks on India, a group of self-proclaimed humanists came out in public, in front of our television screens, speciously trying to balance these crimes against humanity with India’s allegedly majoritarian communal politics. In fact, some actually denied—and continue to deny—the existence of jihadi sympathizers in India. This skulduggery is aimed to prevent public discourse from inquiring the root causes for Islamic terror along with bolstering the now debunked theory of terror having no religion.

To put it bluntly, I believe terrorism itself is a religion with its chief three commandments being the following:

1.       Thou shall strike fear in the hearts of innocents

2.       Thou shall kill innocents without any hesitation

There are many followers of this deadly faith, with a very high number of adherents being provided by the votaries of radical Islam. Any objective reading on issues of terrorism from the last one-and-a-half decade will show that most if not all these issues have something to do with radical Islam. Yet our domestic “humanists” continue to peddle the lie that there is a well-justified reason for the existence and growth of jihadi terror: the rise of Hindu nationalism. In the words of American satirist Bill Maher, this ‘balancing for balancing’s sake, is absolute ****.’

But this tendency of denial is not just limited to India. Following 9/11, many American intellectuals of the liberal kind commented that it was because the anger the Muslim world has towards the United States for its support to the state of Israel, coupled with the White House supporting either overtly or covertly brutal dictatorships in those regions.

Any free and frank public discourse on the issue of radical Islam even in the United States faces uproarious interruptions from liberals who claim that ‘Islam is a religion of peace.’ Needless, this defence  is misleading and confusing because with the exception of some polemicists (like Christopher Hitchens, Pat Condell, David Horowitz) most experts on counter terrorism have never accused Islam of being pro-terror, even the much reviled enemies of the Islamic world, George W. Bush and Tony Blair have gone on public saying that Islam has nothing to do with terror groups.

Yet, shrieks fill the air whenever talks on radical Islam take place. Recently a seven-minute film called The Rise of Al Qaeda in the US-based TV network, NBCreceived widespread criticism from some Muslim groups, because it used words like “Islamist,” and “jihad” in reference to the 9/11 hijackers and their motives. These groups claimed Islamism and jihad had anything to do with Al Qaeda or the 9/11 attacks. Similarly any type of factual criticism of radical Muslims is equated with attacking Islam itself, with most Muslim spokespersons screaming ‘injustice’ and accusing the critics of being ‘islamophobes.’ Such acts of victimization by Muslim groups bring them more harm than good.

Many in the so-called third world countries who have suffered the consequences of flawed US foreign policy find it difficult to blatantly condemn expressions of radical Islam, which they see as acts of angst by the destitute against the almighty Americans. There might be a grain of truth in this but do they realize that in the process, they are creating a horrible monster?

And do they really believe that this dangerous and ever-swelling tide of radical Islam is the result of only the American foreign policy? This excerpt from Christopher Hitchen’s Thomas Jefferson: Author of America will answer this question:

In 1786, the Barbary states of North Africa (or, if you prefer, the North African provinces of the Ottoman Empire, plus Morocco) were using the ports of today’s Algeria, Libya, and Tunisia to wage a war of piracy and enslavement against all shipping that passed through the Strait of Gibraltar. Thousands of vessels were taken, and more than a million Europeans and Americans sold into slavery.

The fledgling United States of America was in an especially difficult position, having forfeited the protection of the British Royal Navy. Under this pressure, Congress gave assent to the Treaty of Tripoli, negotiated by Jefferson’s friend Joel Barlow, which stated roundly that “the government of the United States of America is not, in any sense, founded on the Christian religion, as it has in itself no character of enmity against the laws, religion or tranquility of Musalman.”

This has often been taken as a secular affirmation, which it probably was, but the difficulty for secularists is that it also attempted to buy off the Muslim pirates by the payment of tribute. That this might not be so easy was discovered by Jefferson and John Adams when they went to call on Tripoli’s envoy to London, Ambassador Sidi Haji Abdrahaman. They asked him by what right he extorted money and took slaves in this way. As Jefferson later reported to Secretary of State John Jay, and to the Congress:

The ambassador answered us that it was written in their Koran, that all nations who should not have answered their authority were sinners, that it was their right and duty to make war upon them wherever they could be found, and to make slaves of all they could take as prisoners, and that every Mussulman who should be slain in battle was sure to go to Paradise.

This was the situation less than 250 years ago, before the US formulated any bungled foreign policy that we witness today. Consider this: will condemning the atrocities of the Third Reich mean condemning Germany? How does Germany deal with its Nazi Past? In the words of Avi Primor, the former Israeli ambassador to Germany:

Where in the world has one ever seen a nation that erects memorials to immortalize its own shame? Only the Germans had the bravery and the humility.

Several generations of Germans have been taught the mistakes they committed in the past so that these mistakes do not recur. In that case is it too much to expect Muslim scholars to accept and then discard the radical element that is prevalent in their faith? Let’s revisit Al-Qaeda leader Ayman Al-Zawahiri’s announcement of the formation of an Indian branch of the terror outfit, Al-Qaeda-Al-Hind.

Now the question I have for the humanists and the liberals and the secularists: which foreign policy of India was against the interest of the Muslim world? Was it not recognizing Israel since its creation in 1948?  Was it supporting both the intifadas?  Was it maintaining friendship with both Iraq and Iran, when the USA was taking steps to ostracize both nations from the international community?

Even after backing the PLO against Israel, Islamic nations chose to back Pakistan’s attempts to stoke insurgency in Kashmir, and it was then that India decided to embrace the Zionist state in 1991, and both have been committed allies ever since.

Several jihadi attacks on India are carried out by the Bangladesh based Harkat-Ul-Jihad, with the perpetrators claiming they are avenging injustice to Muslims. Many a time, Bangladesh chooses to side with Islamic nations on Kashmir. This is a case of supreme irony as it was India which gave support to the Mukti Bahinis when they were fighting the Pakistan army during the 1971 Bangladesh Liberation War. On the contrary, the Islamic nations were giving their support to Pakistan when the latter denied reports of committing mass murder, pillage and rape. These nations even stayed silent when Pakistan termed the Mukti Bahinis as ‘Hindu troublemakers.’  So why do Bangladesh-based radicals call for a jihad against India?

Indeed, the history of jihad in India is far older than it is in the West. It started in 711 CE when Muhammad Bin Qasim invaded Sindh.  Since then, most if not all Islamic rulers have called any struggle they faced from domestic rulers as jihad. Every infraction, every unprovoked attack and aggression against Hindus in India have been carried on as a Jihad. It is this historical stand of Islamic rulers along with the ideology that was propagated by their religious advisers like Ahmad Sirhindi (1564-1624) that motivates modern anti-India jihadis.

Consider the utterances of Maulana Azad Sobhani, a famed Muslim scholar in the pre-partition era as cited in Dr. Ambedkar’s decisive work Thoughts on Pakistan:

…Our big fight is with the 22 crores of our Hindu enemies, who constitute the majority. Only 4 1/2 crores of Englishmen have practically swallowed the whole world by becoming powerful. And if these 22 crores of Hindus who are equally advanced in learning, intelligence and wealth as in numbers, if they become powerful, then these Hindus will swallow Muslim India and gradually even Egypt, Turkey, Kabul.…So it is the essential duty of every devout Muslim to fight on by joining the Muslim League so that the Hindus may not be established here and a Muslim rule may be established in India as soon as the English depart….

After all this historical baggage, we still see liberal luminaries flaring up when ample evidences of Love Jihad, kidnapping, forced conversions, etc come up, stating that Hindu Nationalism is fanning the flames of communalism. There’s really no word in the dictionary to define this sort of denials.

And it is why George Santayana’s “Those who cannot remember the past are condemned to repeat it” shall remain timeless.