India’s Export of Yoga – Import of Fundamentalism and Terrorism 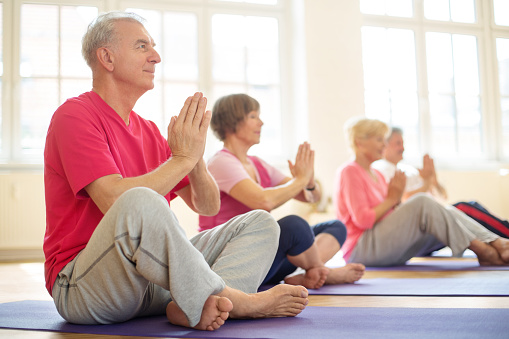 India’s balance of trade in terms of religion and spirituality is quite interesting and worthy of note. I am not speaking of economics here but the trade of ideologies and belief systems.

While India exports its profound yogic spirituality to the world, promoting peace, healing, meditation and unity with all, the West and the Middle East send missionaries and preachers to India, promoting divisive fundamentalist beliefs and even terrorism in return. It is a sad hypocrisy and continuation of the old colonial attacks upon the country.

India has been spreading its transformative message of Yoga, since Swami Vivekananda first brought it to the world in 1893. Since then numerous gurus from India have traveled across the globe proclaiming a higher consciousness to humanity beyond the boundaries of all divisive creeds and dogmas.

In the field of yogic knowledge, India’s gurus have introduced meditation, mantra chanting, pranayama and pranic healing, the science of karma, and the possibility of cosmic consciousness and Self-realization, which were largely unknown before their dedicated efforts.

On the import side in return, India has been receiving regressive evangelical missionaries from America, recycled older Catholic dogmas abandoned in Europe, with rigid Wahhabi Islam and Jihadi terrorism from the Islamic world.

Continuation of Policies of the Colonial Era and Islamic Rule

This cultural assault began in the Islamic and British periods in which religious conversion served as a means of political and social control. But after the independence of India and its recognition as a profound spiritual culture by great thinkers in the world East and West, the same assault has continued, strangely under the guise of freedom of religion.

Never in history perhaps has such a magnanimous global sharing of spiritual knowledge been reciprocated by such a vicious and negative import of out of date exclusivist dogmas – including from the part of the world that considers itself modern, progressive and humanistic. It seems that what is being discarded in the West in terms of religion and spirituality is being dumped upon India, like old chemicals now banned in the West exported to less developed countries.

Evangelical Christianity, which largely comes from America, has been perhaps the foremost of the regressive Christian cults, with its hell, fire and damnation, its denigration of Hinduism as idolatry, superstition and devil worship, along with its financial and material rewards to promote conversion. Such Evangelical Christianity, though it still has a following in the West, is regarded as backwards, rejecting the theory of evolution, claiming the world was created six thousand years ago, and holding that the Bible is literally true.

Yet even Catholic Christianity in India is more conservative than what Catholics in the US or Europe practice. Catholics in India demand the ban of films like the Da Vinci Code that are not challenged in western Christian countries. Meanwhile Wahhabi Islam, promoted by Saudi Madrassas throughout Asia, forms an even more fundamentalist form of Islam than Sunni Islam, and creates a fertile ground for terrorist Jihad.

Such missionary and fundamentalist forces are now trying to undermine Indian culture, encroaching on temple lands, criticizing local holy days and festivals, and politically allying themselves with any anti-Hindu party, regardless of the rest of its agenda.

The Deception of the Left

Yet equally strange, India’s own media, which claims to be left wing and progressive, criticizes anyone who questions these missionary and Jihadi infiltrations, even when they disrupt families and target children. For them, Christian missionaries are emissaries of love and charity and Jihadi terrorists are freedom fighters and victims of Hindu aggression.

India’s leftist media likes to portray Christianity and Islam as progressive and humanistic, ignoring their regressive sides and restrictive beliefs that claim the sole truth for their limited theologies. In the case of Islam this extends to a backward social agenda that honors medieval law codes and social behavior of centuries ago as necessary for all humanity today.

India historically has served as a refuge for religious groups seeking refuge from intolerance. India has a Zoroastrian population from Persian refugees, older Jewish populations, and its own forms of early Syrian Christianity distinct from the Roman Catholic or Protestant.

Meanwhile Sufi Islam is better preserved in Hindu India than in the Islamic world, though sadly it seems most Sufis are not politically supportive of India. The same is true of the Ahmadiyya movement, which is protected in India but regarded as a heresy in Pakistan. Though Muslims are safer in India than in Islamic countries, and more diversity is allowed, they still seem to long for Pakistan.

India has preserved its own diverse traditions since ancient times, with many sects of Hinduism, Jains and Buddhists, and the more recent Sikh movement. Indeed there seems to be more religions inside of India than in the rest of the world.

India’s Spiritual Gift to the Planet

Westerners in their own countries are regarded as progressive for taking up India’s Yoga, meditation and healing traditions, which are idealized as paving the way for a new planetary age of enlightenment. Those following dharmic traditions in the West are among the most affluent and best educated and have a high percentage of women. Many of the cutting edge developments in modern medicine, psychology and physics have their roots in Dharmic thought from India’s traditions, Hindu and Buddhist.

India’s great spiritual gift to the planet has been done without the demand to convert or control. Instead India’s Yoga gurus try to help each person and each culture find their own unique nature and connection with the universe as a whole.

The West has brought science and technology that can help advance India outwardly. But on the religious and spiritual sphere, it has only promoted its own intolerant past.

There must be a greater awareness of this disparity of export and import in the spiritual realm in India. And there must be a clearer discrimination between India’s profound dharmic teachings and regressive western religious cults.