A nation of sheep will beget a government of wolves 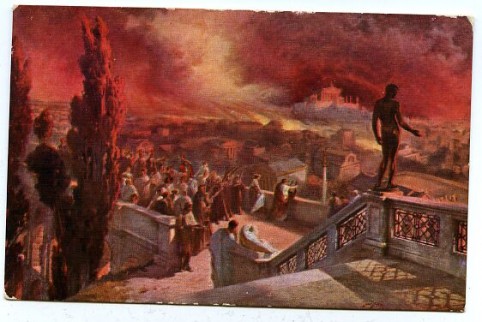 On the occasion of India’s 68th Independence Day it is worth recalling what the Congress did during its time in power.

Let me tell you a story about an old man who lived in a small village somewhere that does not matter. It all began when the man’s sons came to him and told him that some people from the neighboring village had stolen a chicken from their farm. The old man told his sons to go after the thieves and recover the chicken.

The sons said, “Father, it’s only one chicken. We have hundreds of chicken. One won’t make a difference.” The old man said, “Do what you please.”

A few days later, the thieves stole a goat. Once again the old man told his sons to not let them get away with it. The sons said that they have dozens of goats and it’s not worth the trouble. The next week it was a horse. Once again the sons rationalized it away saying that they still had six horses that the farm needs.

Finally, the next week the sons came back to report to the old man and said, “Father, our sister has been abducted. What shall we do?” The old man said, “It’s too late. You should have recovered the chicken. Now there’s nothing you can do.”

I heard this story from an expat from New Zealand who runs a very successful school in Singapore. David told me that in the early years of Lee Kuan Yew’s government, a minister was suspected of having taken a bribe. People said that since the minister was a close associate of LKY, in all likelihood the man would get away with it.

But as it happened, LKY had a brief chat with the minister one afternoon. The next day the minister went out with a bang — he put a bullet in his head.

Singapore is one of the least corrupt nations in the world. LKY’s policy is simple: zero tolerance for corruption. That’s so because he himself is incorruptible and therefore does not tolerate corruption. The wages of public corruption is death. People know it and act accordingly.

India’s appointed prime minister was Dr Manmohan Singh. Under his watch, the most egregiously blatant instances of public corruption have taken place. His ministers and other office holders have been involved in acts of public malfeasance that are stunningly incredible — but for at least a significant segment of Indian voters, it is quite alright. They appear to take it as if it’s nothing out of the ordinary. The rulers are going about the rape of the land and the people just lay back and supinely accept it.

We are talking figuratively about rape but Dr Singh’s misgovernance has descended into literal rape. Not just rape, gang rape. Not just gang rape, it has finally hit (one hopes) the rock bottom into murderous gang rape.

The 23-year old woman who was gang raped in a New Delhi bus died in a hospital in Singapore.

They first stole a chicken.

The Congress government under Jawaharlal Nehru was involved in corruption. The newspapers reported it. Nehru responded saying that the reporters were being silly since corruption is a global phenomenon and there’s nothing to get all excited about. Then they stole a goat.

Nehru’s daughter nationalized many sectors of the economy, thus making public office attractive to the most criminally corrupt. The people of India did not disapprove. They in fact voted her back to power.

The stage was set for horse thieves.

Some people started waking up to the reality. They realized that somehow the system was not working. They heard the call from a chosen few and gathered to register their protest. The government followed the time-worn strategy of attack being the best form of defense. They sent in their baton-wielding cops and the crowds — leaders too — beat a hasty retreat.

For around a century, a few hundred million Indians were the serfs of a few thousand British. Now it is different. India is under self-rule.

An Italian, Antonia Maino aka Sonia Gandhi, and her bunch of sycophants led by Digvijaya Singh ruled about a thousand million Indians for a decade destroying the economy and the destinies of millions of Indians.

Well, perhaps it is not all that different. Though Maino’s father was a fascist. That could make the British Raj 2.0 a little more vicious than the British Raj of pre-1947.

It tickles me no end when I hear talk about India being a free country and a democracy with universal adult franchise. Every adult has the vote and therefore is in some sense responsible for the kind of government they get. In my opinion, India is a kakistocracy — government by the most corrupt and the least principled. Indians freely elect these people. And among the elected are criminals who have been charged (and many convicted) of rape and murder.

The people who gang raped the unfortunate woman on the bus in New Delhi two years ago share at least some of the characteristics of the law makers of India: their criminality. A significant numbers of Indians vote for these kinds of criminals.

There’s more. The despicably dishonest appointed Prime Minister Dr Manmohan Singh’s government moved to shut down protests in New Delhi by closing down a few metro train stations. Perhaps the people will back down and go home.

If they hadn’t backed down, I suppose the appointed Prime Minister Dr Singh would probably escalate the situation till we see army tanks on the streets of New Delhi.

The sister has been abducted.

And if I were a betting man, I would place the bet that the people are not going to do anything about it.

Indians have an amazing capacity for tolerating injustice.

It was an American, born a slave but who understood the dynamics of slavery, who put it best over a century ago. Frederick Douglass (1818 – 1895), the renowned American abolitionist wrote, “Find out just what people will submit to, and you have found out the exact amount of injustice and wrong which will be imposed upon them . . . The limits of tyrants are prescribed by the endurance of those whom they oppress.”

The rulers are not unintelligent. They would not be where they are if they were not the most accomplished criminals. They make the laws. They dictate the terms. They control the press. The press provides the cover for them and they in turn protect those in the press that do their bidding. The Ghoses, the Sardesais, the Dutts — these are not unimportant players in this sordid play. They are complicit in the figurative rape of India and are handsomely rewarded for their immorality.

Every single time an outrage has occurred under Congress’ watch, for a few days the twitterati will be screaming murder. A few thousand will go on candlelight vigils. In a few weeks, another distraction will occupy the talking heads on TV. Cricket will take over the collective psyche. And of course the sordid stories of Bollywood shakers will move the public to other concerns.

Talking of journalists, I am reminded of what the legendary American radio broadcaster Edward R Murrow (1908 – 1965) said: A nation of sheep will beget a government of wolves.

Yes, India did have a government of wolves for the better part of its post-Independence history because India is a nation of sheep even under the changed political circumstances. Although there’s a new leadership with many positives and forward-looking policies to its credit, a fundamental change in the collective Indian psyche must ensue for these policies to have an enduring impact.