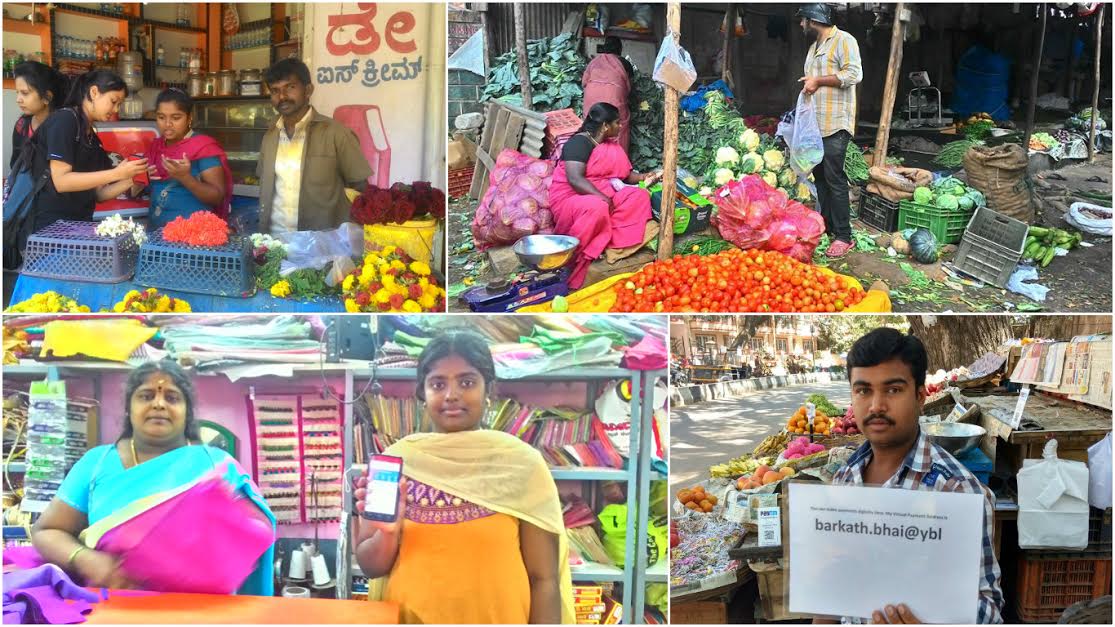 Popular articles about the poor in India, paint a dismal picture of ignorance, illiteracy and hopelessness. This language starts with the international media and percolates down to even local newspapers, which would rather join the loud voices than be singled out for speaking the reality. Apart from the poor themselves, it is only a handful of people – government staff, few well-meaning politicians and grass-root social workers – who actually understand the poor.

Poverty is a circumstance. It is NOT a reflection of people’s intelligence.

That the poor are a resilient, innovative, courageous and generous lot is a revelation that only a few open-minded individuals, who have worked along-side them, will discover. While “concerned citizens” worry about how the illiterate and poor can go digital, I share with you a few remarkable stories from the poor in India, which taught me what it is about them which will make them ease into the digital economy faster than we expect.

Too simple to be confused

Puttamma is a 50-something woman with a charming smile and an energetic gait. She works as a maid in several houses in Bengaluru. She cannot read or write or even tell time looking at a clock. Yet, she manages to reach work on time, has a bank account and uses an ATM to withdraw cash. Obviously, she does not know to read digits and has her ATM pin written in some book which is safely stashed away in her blouse. Puttamma works as a maid in Bengaluru

Every time Puttamma has to withdraw cash, she requests some person at the ATM to enter her pin. Yup, she breaks the cardinal rule of “don’t share your PIN with others”. Even as a listener freaks out hearing this, Puttamma calmly says “Don’t worry, once the stranger helps me draw cash, I immediately pull out my card, take my cash, and just run out of the ATM!” Looking at her confidence, I have no doubt that if someone tried to cheat her, she would not stop short of beating him up.

As we overcook and worry about how the illiterate cannot use ATMs, women like Putamma find simple methods that work for them. The methods might not be the same as what we, the educated, are used to, but they sure serve the purpose.

When digits are designs

Of all the incidents that I’ve come across, this one is stamped on my mind like no other. This happened with one of my counselling clients, Lakshmamma (name changed), a poor lady, who was not literate and needed help for domestic violence. At the end of my interaction with this particular lady, she asked for my phone number in case she needed further help. She asked me to give her a missed call on her feature phone. She refused when I offered to save the number with my name. I noticed that she had a few other numbers as well on her caller list and none were saved. Perplexed, I asked her how would she know which number belongs to who. She said “I can tell by the unique ‘design’ of each number.”

Can you imagine this? What we decode as numbers is actually an arrangement of forms which looks like a specific design to someone who cannot read!

The poor might be illiterate. But they make up for it with their keen sense of observation and visual literacy.

The resilience and generosity of the poor

In the days just after Nov 8, the newspapers and local TV channels took the responsibility of creating panic. Their resolve resulted in the educated cribbing and worrying about the inconvenience and frightening possibility of not having cash. Many times, to make their statements carry the needed weight, they cited the example of the poor, who would struggle without cash.

Honestly, the poor were pretty chilled out. In slums and rural communities, people got together and helped each other out. The kirana shops sold items on credit, telling buyers with a smile that they can pay later. I have myself bought things on credit from a small kirana shop in my gram Panchayat, when the supermarket refused to take old notes.

Not having cash was not new to the poor. Their resilience and generosity saw them through the last 50 days with relative ease.

The Philosophy: Money is a State of Mind

For those among us, who have some bank balance, even the idea of being without it, is frightening. With money, there should have come a sense of security. But if you really observe the middle-class and upper-middle class Indians, there is a great sense of insecurity. We hoard, we hide, and we think a zillion times before sharing. We look at others with suspicion, and we teach our children to “be smart” and think of themselves before helping others. This was so evident in the days just after Nov 8, when we would stand in long ATM queues and suddenly the ATM would run out of cash because a few hoarders before us used 4 cards each.

In stark contrast and strangely so, are the poor, who do not fret half as much as us, about their monetary losses. And this fact, my team and I experienced time and again during our Go Cashless campaigns in markets and among small vendors. We met vegetable vendors in Madivala market, who admitted that they had losses in Nov, some even up to Rs. 30,000, but they did not mind it. They understood more than any intellectual elite, that this is a necessary step and that their personal loses contribute to a greater good. They would philosophically say “What is there….it is just money…….it will come again.” Sarvannan is a mechanic, who runs small bike serving shop in a village near Bengaluru

Similar was the case of Sarvannan, a 30-something mechanic, who runs a small bike serving shop in a village, bordering Bengaluru. While helping him go digital, an important step was entering the last 6 digits of his ATM card (so that he could generate an MPIN). However, he did not have his ATM card. In fact, he had given it, along with the PIN to his friend, who was in another village. Shocked by the possibility of misuse, we asked him, if he could really trust his friend. His calm response was “Well, he is my friend. If he decides to misuse it, there is nothing I can do. I chose to trust that he won’t misuse it.”

There is a philosophy about money in India, especially in rural India. For someone conditioned by formal education, it takes a while to realize this philosophy. But once you do, it can be very liberating, and will set us free to do work without worrying about where the money will come from. My team-mate Bhaskar puts it beautifully when he says “Money comes into our life regardless of our actions. So it is pointless to work just for the sake of money, and stupid to commit crime thinking that it brings money. If you are destined to have money, it will come to you; otherwise, it won’t. There is no point worrying about it”.

Many times, intellectuals assume that the poor are the way they are because they lack what it takes to make money. In India at least, this is not always the truth. There is more to a so-called poor person’s life than money.

The poor will lead the digital revolution

In the name of the poor, the media has created quite a ruckus about the recent events. This is not to say that none among the poor complain. But rather, that those who are complaining are a small minority.

My team directly encountered this misleading of the public, when we bumped into a local news channel that landed up in Sarakki market, just as we were carrying out our Go Cashless campaign there. They hand-picked and interviewed only those vendors who were loudly complaining – this was about 2 of them in a market of 60, who chose to not complain inspite of some practical inconvenience. Adding to this is the way the interviewer probes and puts words in their mouth, just to get a juicy story.

Not knowing how to read, write and technological unfamiliarity are only a few practical hurdles that can be easily overcome. With the BHIM app making it possible to send and receive money through QR codes and the future possibility of transactions with Aadhar based fingerprint, the government is already making things easy for them.

With women like Puttamma and Lakshmamma finding practical ways of overcoming their handicaps, and men like Sarvannan and the market vendors having the philosophical grounding, the so called illiterate in India have shown the inherent resilience to make the most of new opportunities, in spite of challenges.

The poor in India, with their openness to learn new things, faith in fellow human beings, and trust in the system, will quietly ride the digital revolution, as we the intellectuals continue our verbal diarrhoea in their name.