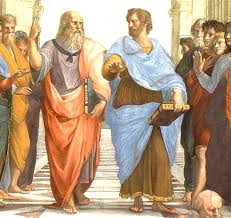 Joseph Goebbels who was the chief propagandist of the German Nationalist Socialist Party, once famously said:

If you tell a lie big enough and keep repeating it, people will eventually come to believe it.

Fortunately for Goebbels, the world was not yet wide enough and connected enough to be covered under the technological web of information called the Internet. If only the World Wide Web existed in his time, people would’ve come to know of the concentration camps, the brutal gulags of Stalin, the mass massacre in China politely known as ‘Cultural Revolution’.  The veiling of such past travesties kept the world at large ignorant of these heinous crimes.

Even many in India born and raised in the pre-dotcom era are unaware of a different sort of crime- the crime of disfiguring their history. To these unfortunate souls, the history that they came across was badly tampered with several ideological concoctions. Many of our historians became more of propagandists, spreading ideological tales over authentic facts.

As mentioned in the first part, for a long time in India the content of the social sciences textbooks was coloured using the tint of the lens of the Left. To give credit where it is due, the Leftists shrewdly gave their spin on every facet of Indian society and history. The result: we saw our past as well as our present as they made it. Often, facts were treated as ingredients which got dissolved in the brew of leftist propaganda. And the commentariat of the Left took every step necessary to keep it intact. Indeed, they have made Goebbels incredibly proud.

For long, the nationalist academics as well those intellectuals with facts on their side had to take the backseat as the institutions of knowledge, as well the medium of information was strongly manned by the all-powerful Marxist commentariat.

But sadly for the left, their web of distortions was badly torn thanks to the World Wide Web. The comrades who till now were carefully guarding the means of the flow of information were in for a rude awakening. Now anyonewith the will to know the realityof India can do so with a few clicks of the mouse.

Those few brave people who took on this commentariat before the internet era, were thrown into academic backwoods, never to be heard of again. But now their voices are being heard loud and clear.  The work they have left behind have been visited, revisited and disseminated widely. Today, if one wishes to know the history and most other facets of India, the works of Arun Shourie, Sitaram Goel, Ram Swarup, K.S. Lal, Koenraad Elst, and Dharampal can be seen topping the search results of Google and Yahoo. Scholars like Koenraad Elst are using social media to present their scholarship, which, contrary to that of the leftists, are backed by solid evidence.

All this started with a click. Over the last one and half decade, the internet has done more to disentangle Indian history and Indian politics from the tentacles of the leftist commentariat. From the galaxy of websites which have contributed in countering Leftist lies, some of the notable ones are cited below:

1.Voice Of India (VOI): VOI has done a great service to the contemporary India by publishing scholarly materials on Indian history, culture, civilization and Hinduism. At the same time, instead of limiting itself to domestic truth seekers, the VOI website has made almost all of its important publications easily accessible online without demanding any monetary charges. It is indeed a true goldmine of scholarship. Here is the link to the VOI website.

2.Centre Right India (CRI): A community website, CRI is armed with an astonishing range of articulate writers who produce erudite commentaries on socio-cultural, political and economic issues. Compared to VOI, CRI is of recent vintage and has emerged as a strong and credible alternate to the tired, clichéd and contrite commentary in mainstream publications. A visit to their site will reveal to the readers a warehouse of scholarly output on several important issues—both past and contemporary.

3.IndiaFacts Research Centre (IFRC): IFRC was established in 2013 with the aim of bringing balance in public discourse by examining facts and exposing distortions in matters primarily related to Indic history, culture, philosophy and civilization. IndiaFacts also acts as a watchdog to counter Leftist, missionary, media, and other propaganda against all aspects of Hinduism.

As the internet widens its reach and influence, the days of peddling ideology as facts are coming to an end. It is high time that people know the truth as it is and not riddled with distortions. That said, the clash with the Goebbelsian propaganda is far from over.

(Fair disclosure: The author of this piece is an employee of IndiaFacts)