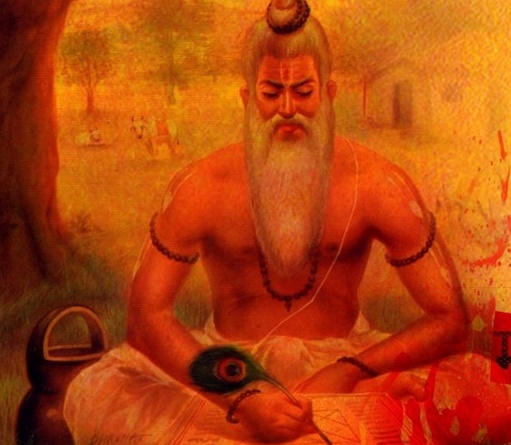 In the previous article, we saw how one of the most touted verse from Manu Smriti, which is used to as ultimate evidence for Manu Smriti being misogynist and curtailing free of women, is in reality, speaking about the duties of men and has nothing offensive or discriminatory towards women. In this article, let us take up another infamous verse from Manu Smriti, which has been alleged to contain a degrading reference to women.

This verse is usually translated thus: “It is the nature of women to seduce men in this world; for that reason the learned are never unguarded in the company of females”. It is alleged that the verse is demeaning towards women, since, it apparently seeks to portray women as always plotting, seducing, and entrapping men.

Now, let us examine, whether the original text actually implies what has been alleged about it, or whether the essence of the text is something different.

The word order of this verse is इह नराणां दूषणम् एषः नारीणां स्वभावः। अतः अर्थात् विपश्चितः प्रमदासु न प्रमाद्यन्ति, which in simple terms can be translated as: “Here, it is the nature of women to allure the men. Hence, (for that reason) the learned do not be careless (thrown into) in women”.

Now let us take a deeper look into the verse by looking into what the commentators on Manu Smriti say.

The meaning of this passage is “This is the nature of women that they make shaky, even the men, who are firm in their conduct. For that reason, the learned men do not be careless in women i.e. avoid women from a distance. प्रमादः means touching, etc. It is the ground reality that if a girl is touched (that) creates mental disturbance made of desire. Where even the mental disturbance is prohibited, leave that other excited sexual actions (ग्राम्यधर्मः=sexual action/intercourse). प्रमदाः=women”.

In other words, the verse is actually instructing the men that, since, they are biologically wired to get attracted to women and since, any close interactions like touching, etc. with women would incite sexual desires in their minds, they should be very careful in their interactions with women. That is, the men should always be restrained and respectful in their interactions with women, otherwise they may end up inflicting some harm on women or at least cause them some inconvenience. The “nature of women” referred in the first part of the verse is, thus, not a degrading reference to women. Instead, it is a reference to the biological reality that both men and women become naturally attracted towards people of opposite gender.

Thus, it is clear that the said verse from Manu Smriti is not laying any blame on women, nor making any degrading reference. Instead, the commentator clarifies that in men becoming attracted towards women, there is no intentional fault of women. Instead, it is the biological nature that men become attracted on seeing women. That is, if any fault must be pointed out, it is in the way men and women are biologically wired. Moreover, the verse, points out the faults of men in giving in to their desires and becoming reckless and cautions them to be always restrained and respectful towards women. Hence, it says, the learned men never make mistakes (विपश्चितः न प्रमाद्यन्ति), i.e. behave inappropriately and disrespectfully towards women.

Here, the source for misunderstanding and misinterpretation is the word “दूषणम्”. The first line of this verse स्वभाव एष नारीणां नराणामिह दूषणम् is translated as “the nature of women is to make the men corrupt (to err)”, which is entirely a wrong translation made due to not understanding the meaning of derivation of the word “दूषणम्”। The word दूषणम् is derived from the root दुष वैकृत्ये (दुष to change or to deteriorate). The form दूषणम् has a special meaning according to Sanskrit Grammar. This word is formed by the suffix, which is to be suffixed, when it conveys the meaning “creating dislike in mind” from the duties and “creating like in mind” towards actions that are “not to be done” (वा चित्तविरागे Panini Sutra 6-4-91). That is, the word “दूषणम्” refers to a mental state, wherein a person turns away from righteous duties (Dharma) and becomes inclined towards unrighteous prohibited actions (Adharma). Showing disrespect, behaving inappropriately, eve-teasing, sexual harassment, rape, etc. constitute unrighteous actions in this context.

Therefore, the statement स्वभाव एष नारीणां नराणामिह दूषणम् does not convey anything against women and should be correctly understood as “The (biological) nature of women (and men) is such that, (the minds of) men become impelled to discard righteousness and indulge in unrighteous actions (owing to strong sexual desires that are generated in the mind)”. Thus, the verse, actually finds faults with men for abandoning the “dos” and diverting their mind towards the “don’ts”. For this reason, the verse reminds in the second half “अतोऽर्थान्न प्रमाद्यन्ति प्रमदासु विपश्चितः” to remain careful in interactions with women.

The author is a traditional scholar and is the former Vice Chancellor of Jagadguru Ramanandacharya Rajasthan Sanskrit University, under the Government of Rajasthan. He is currently working as Principal, Rashtriya Sanskrit Sansthan, Deemed University.