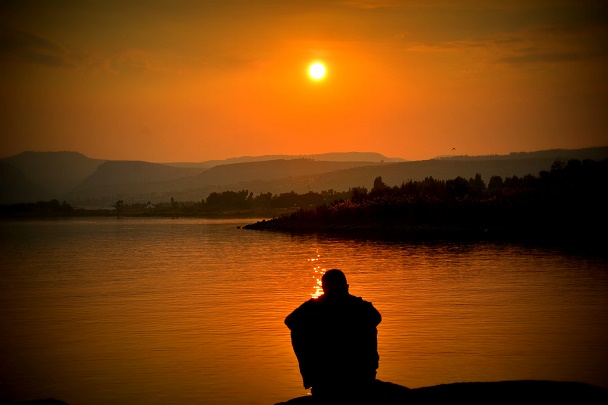 In the last article, we examined verse 213 from the second chapter of Manu Smriti, which has been interpreted as being disparaging towards women, and showed how this is a misinterpretation and in reality, it reminds men of their duties and there is nothing disparaging towards women in it. Now let us take the very next verse, which is one more verse with the tag of misogyny attached to it.

This verse is (coarsely) translated as “Women, true to their class character, are capable of leading astray men in this world, not only a fool but even a learned and wise man. Both become slaves of desire”. Though, this translation may seem right at the outset and one may conclude that it is saying women make men slaves of desire, this is an incorrect translation, one which completely misses the essence of the verse. To understand the true import of the verse, let us examine how the commentators have dealt with this verse.

“Seeing the wife of a teacher with wrong intention is considered as a great sin. However, touching the feet of teachers’ wife is not a fault for the men, who controlled their sensory organs since a long period. Those, who know these kinds of rights and wrongs and those, who do not know even a little about these (i.e. about what is right or wrong), both are equal with respect to women, because scholarship does not work here (i.e. there is no difference between the educated and the uneducated, when they get attracted and given in to their sensual desires). Women are capable of leading to a wrong path those men, who are controlled by their desires (longing for the association of women), anger, etc. Controlling desires, anger, etc. is the right way, as per scriptures. But, if a man is controlled by desire, anger, etc., then it is certainly considered against the nature as well as against the teachings of the scriptures. The words ‘desire and angry (कामः क्रोधः)’ are used to refer to various stages of human life. Leaving little child, very old person and a person, who is well versed in Yoga, no man is there, who is not attracted by women. Like iron is attracted by the magnet. This is not because of the dominion of women. But, by nature, on seeing a young girl, the mind of men is stirred (diverted or shaked), especially of those, who are in celibacy (Brahmacharya)”.

From the above quoted commentary, it is clear that no derogatory remarks have been made against women in this verse. The cause of misunderstanding is the part of this verse “प्रमदा ह्युत्पथं नेतुं”. If we derive the meaning of this part in isolation, it could indeed lead to a negative conclusion. But, how can we interpret these words in isolation, when they are a part of a verse and hence, must be understood in entirety? It is for this reason, it is vital to understand texts like Manu Smriti using the guidance provided by various authentic commentaries.

Medhatithi’s commentary clearly shows how the subject of the verse is not disparaging of women. Instead, its aim is to remind men importance of self-control. It is categorically stated by the commentator that the men, who are not trained in controlling their desires and anger, will act against the norms laid down in Shastras and get attracted by the bodily pleasures they can derive in association of women.

Thus, men (may) lose their self-control (if it is weak) on seeing women. Hence, they should properly train themselves in controlling their sensory organs.Therefore, there is nothing against the solemnity of women nor against the sanctity of feminineness in the verse. If anything, this verse, like the one discussed in the last article, point towards the deep recognition of ground realities about sexual harassment in Manu Smriti and a practical advice to counter it.

“Thirst for (the union of) woman is like a deeply aching disease and makes even the strong (serious) men to stretch out in horrible shape like the hot sun-rays making the lotus to fade out”.

This is said keeping in view the nature of men, who are longing for the union of women. Moreover, the intention of this verse appears to be to protect women from unfavourable attention and harassment at the hands of men by cautioning them about their own nature and the need for self-control.

Kulluka Bhatta, yet another celebrated commentator on Manusmriti writes-

Therefore, the commentator clearly says that men are themselves the primary and essential (instrumental or efficient) cause for being led to a wrong path and women are only the proximity cause.

This verse is a good example regarding how to and how not to interpret verses in Hindu texts. When construing a sentence, one must follow the norms of Vakyartha Shastra (i.e. Mimamsa Shastra that prescribes several ways and means to arrive at a conclusion of a sentence i.e. Vakya).

Any sentence is to be interpreted as a whole and cannot be explained in parts. Partial explanations always lead to a wrong conclusion and interpretation. Lack of knowledge of this Vakyartha Shastra often leads to wrong translations and misinterpretations of Manusmriti.

The author is a traditional scholar and is the former Vice Chancellor of Jagadguru Ramanandacharya Rajasthan Sanskrit University, under the Government of Rajasthan. He is currently working as Principal, Rashtriya Sanskrit Sansthan, Deemed University.