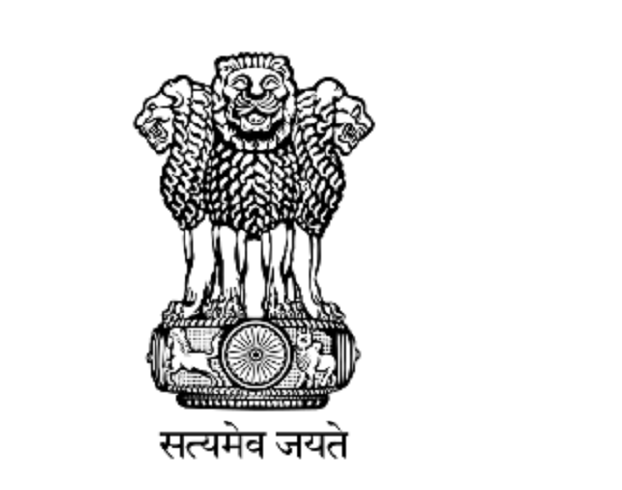 Have you noticed that Modi’s speeches are sprinkled with many phrases that are not in Hindi? Here is an occasion, worth watching, where he quoted several verses in succession, as his Idea of India, like “Tena Tyaketena Bhunjītha̅H”, “Janani janmabhūmiśca svarga̅dapi garīyasī”, “Ekam sat viprāḥ bahudha̅ vadanti”, etc. Most of these are in “Samskritam”, or “Sanskrit” in Anglicized form. What do these quotes mean?

In Part I of this article series, I provided some background – What is Sanskrit, what are the Upanishads, Pura̅nas and itiha̅sas, etc. In this segment, I will explain two phrases:

The phrase Satyameva Jayate is no news to Indians, who will proudly recognize it in the Indian emblem. That this phrase must be the national slogan was first proposed by Pandit Madan Mohan Ma̅laviya (1), the then President of the Indian National Congress, in its session of 1918 at Delhi.

This statement appears in the Mundaka Upanishad (2).

Meaning:
[The one who is committed to] Truth alone wins; not [the one who is given to] untruthfulness. The path of the celestial chariot is laid with truthfulness. By this indeed those who know, who have fulfilled their desires go and claim that brahma-loka, where the greatest treasure of truthfulness is present.

We are now given the task of interpreting the word “Satyam”. A̅di Shankara̅ca̅rya wrote commentaries on many Upanishads, one of which is the Mundaka Upanishad. Hence, we are able to refer to his commentary of this Upanishad (3) (4). Here, Shankara̅ indicates that a value, being abstract, neither, wins or loses. However, when values reside in a person, who expresses them, then that person is benefited. Hence, Shankara̅ interprets “Satyam” as “Satyava̅n”, namely one who speaks the truth, and “anṛtam” (falsehood) as “anṛtava̅di” (5), one, who is given to speaking untruth.

Why should one be committed to the truth? Shankara̅ gives two reasons: (a) it is well known that a person committed to truth succeeds, and (b) only a person, who is free from deceit, delusion, fraud, pride, vanity, and falsehood (which are all relative) will gain the absolute truth (which is the subject matter of the Upanishad).

Now, if it is argued that resorting to adharma seems to result in apparent gains, we say that these gains are short-lived. A person who commits an act of dishonesty or crime suffers (a) psychological punishment – the guilt (b) Human Law based punishment and (c) Vedic punishment – the impact of Karma (3).

Second, the word Satyam is an upalakṣaṇa, namely indicatory, i.e. not to be taken literally as referring to only the practice of truth (6). Instead, it indicates all righteous values that are embodied in a mature person – such as those like absence of pride, accommodation, compassion, and uprightness (listed below under the heading Ahimsa̅ Paramo Dharmaḥ). For example, when it is said “She is an honest and capable leader”, this will generally mean to include forthrightness, truthfulness, absence of greed, etc.

We have seen Modi attempting to change the chemistry of Indian thinking. Employees coming to work late, citizens keeping homes clean, but streets dirty, public services not provided in a timely fashion, and corruption, have been the order of the day. However, by embodying positive attributes, Modi has demonstrated that he would like Indians to reach out to their own treasure trove of values, to be committed to doing what is right and the need of the hour, and making Bha̅rat truly prosperous.

There are many references in the Mahabharata to this statement (7). Here, the context is the unfoldment of the virtues of a “bra̅hmana” – one who is ever involved in the pursuit of the Self and is committed to studying and teaching the Vedas. Such a person should be alert to the causing of hurt, and implied an almost absolute restraint from causing any type of pain to other living beings. It served well, because it was a time when the varnadharma was intact, i.e. when the brāhmaṇās pursued scholarship and educated the community (rather than day-trading), and kṣatriyās did their duty of protecting the people and the nation (rather than sell it). Today, the varnadharma is largely not followed and the boundaries of duty have become porous. Hence, for the current times, we should interpret this edict broadly, to neutralize a common misunderstanding among many Indians today that Ahimsa̅ universally implies being passive to all assaults on the self, community or the nation.

Ahimsa̅ is based on a commonly sensed ethic: I do not want to be physically hurt, deceived, cheated, or emotionally hurt by anybody, and I also know that others expect the same of me. In chapter 13 of the Bhagavad Gita (8), Sri Krishna mentions several values, and then emphasizes their importance by referring to them as Jna̅nam, Knowledge, a word generally reserved for Self-Knowledge.

Absence of demanding respect, absence of self-conceitedness, absence of tendency to hurt, accommodation, uprightness or straightforwardness, diligent study of sha̅stram under the guidance of one’s teacher, cleanliness (physical and mental), steadfastness, mastery over oneself.

Ahimsa̅ is a value that commits a person to doing the least amount of harm, all things considered. A plant-based animal-free diet is born of this value. A tiger cannot ask “should I eat a deer or a pear for breakfast?”. Only a human being can ask that question. Just like all values, Ahimsa̅ must be interpreted carefully for various circumstances. If I have a bandit in my home pointing a gun at my wife and children, and I feel sufficiently confident, my value for Ahimsa̅ allows me to overpower or even kill him cautiously, because it prevents the killing of several people at the expense of one, an act for which a just jury might acquit me. It is Ahimsa̅ that makes me protect my life by giving up my leg to Gangrene! Ahimsa̅ makes me carry bags made of cloth to the market despite being offered the convenience of plastic bags. It is the value of Ahimsa̅ that made Yudhishthira and his brothers go after Kaurava̅s after exhausting all other less bloody options. Arjuna’s confusion in the battlefield resulted from his attachment to his relatives being pitted against a call for duty, a situation that all human beings are exposed to. Neutralizing this confusion required a strong potion of self-knowledge from Krishna.

The principle of “Sa̅ma Da̅na Bheda Dand̟a” has been used since the times of Ramayana and the Dharmasha̅stras for righteous Governance:

Here (9) is a good analysis of the uses and misuses of this principle in Indian thought and application.  In his musical composition “Sarasa Sa̅ma Da̅na Bheda Dand̟a” of the 19th century, Kakarla Tyagara̅ja (10) praises Sri. Ra̅ma for following this principle with Ra̅van̟a.  The Manu Smriti (11) advocates using force for protection of the self, of brāhmaṇās and of women; and Kurma Pura̅n̟a (12) treats the use of force according to rules of scriptures as Ahimsa̅.

In an attempt to explain this important saying, many articles (13) (14) err by quoting a new form of this truism attributed to Swami Chinmaya̅nanda quoting from Maha̅bha̅ratha, wherein they add a second line “Dharma himsa̅ tatha̅iva cha”, meaning “so too is violence in service of Dharma.” But, I could trace neither of the two references.

Our responses to threats are based on how insecure we are. The vow of a sannya̅si is “Abhayam̟ sarvabhūtebhyaḥ – may all beings live free from fear (of me!)”. So, the sannya̅si is happy not hurting anyone and will not feel the need to defend himelf with the same sense of urgency as the average person. Ahimsa̅ puts brakes on an animal urge to hurt other beings. Mahabha̅rata and Arjuna are proof that a righteous war doesn’t mean a deviation from the value of Ahimsa̅.

In Patanjali’s Ashta̅nga Yoga (15), Maharshi Patanjali begins with Yama. Yama are disciplines that help regulate the individual’s interaction with society. Here, Patanjali advises five: Ahimsa̅, satyam (truth), a̅steyam (non-stealing), brahmacharyam (focus and consolidation of energy) and aparigraham (non-hoarding). So, we see here the emphasis of Ahimsa̅ as the most important value for the individual. Patanjali’s view is that these values are to be cultivated long before the practice of A̅sana and Prana̅ya̅ma can be pursued.

The value of Ahimsa̅ is so all encompassing that our forefathers have chosen to highlight just this one value, whose mastery would bring in its wake, most of the other values.

The idea of “turning the other cheek” is a Christian idea (16). Ironically, the countries that profess Christianity are the ones, which violated this biblical edict and went on to perpetrate aggression over the last five centuries of native cultures (genocide of American Indians, enslavement of Africa, Colonization of the Eastern Hemisphere, etc.), and have also succeeded in conditioning Indians into believing that the idea of passive submission is an Indian thing!

When Ahimsa̅ is interpreted in a narrow or selfish sense, passivity and weakness arise. A proper interpretation of Ahimsa̅ will make a country dynamic and progressive. Countries based on Shariah law, where the value of Ahimsa̅ is openly flaunted within their own communities, abound in oppression.

In the succeeding articles, I will continue unfolding more phrases from the seminal texts of Sanātana Dharmaḥ that Narendra Modi likes to quote.