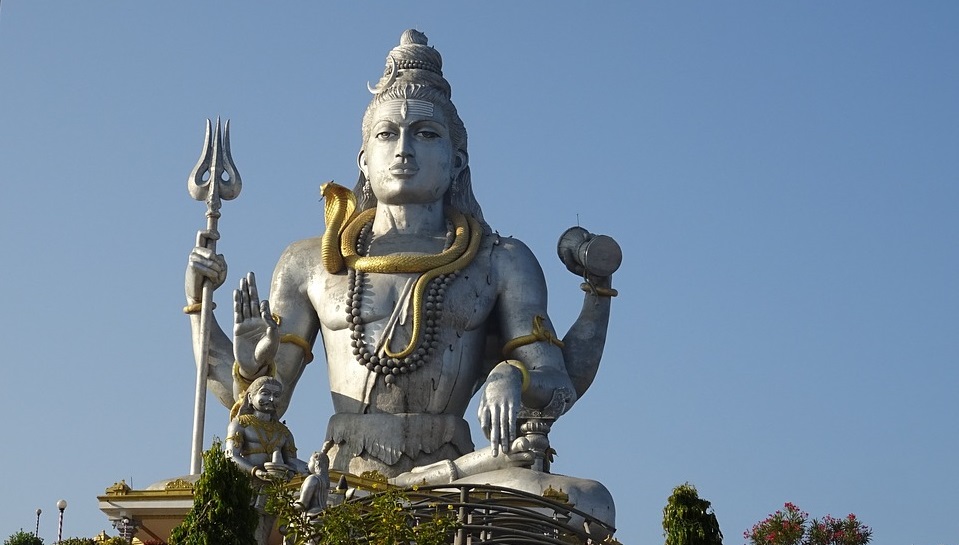 In order to provide a better sense of how the Vedic Yoga relates to later classical Yoga, let us look to one of the most important older Upanishads, the Shvetashvatara. This is one of the main older Upanishads to use Yoga as a major term, though Yoga in some form or another, particularly as knowledge or devotion is common to all the Upanishads.

What is most important for our current discussion, is that this Upanishad goes back to specific Vedic verses for explaining the practices of Yoga. The Svetasvatara is also probably the most important Upanishad for the worship of Lord Shiva, who is often the primary deity of Yoga, particularly in the traditions of Hatha Yoga and Siddha Yoga.

This great Upanishad begins with a discussion of the wheel of the cosmos and speaks of the great sages who “having achieved the Yoga of Meditation (Dhyana Yoga) have perceived the Shakti of the Divine Self hidden in its own qualities.” (I.3). Then it explains the realization of the Self: “As sesame oil in sesame seeds, as ghee in cream, as water in the channels, as fire in the fire sticks, thus the Self is grasped in the Self, by him who through truthfulness and tapas perceives it.”I.14

In the second of its six chapters, this Upanishad goes into detail into the practice of Yoga, starting with verses from hymns of the Yajur Veda that the Upanishad derives from, including verses from the Rigveda that also occur in the Yajur Veda. Note that many of these verses are to the deity Savitri, the transformative aspect of solar energy who is also the deity of the Gayatri mantra, and is sometimes called Hiranyagarbha or the golden fetus, a name for the founder of the Yoga Darshana tradition.

The verb ‘yuj’ or yoking, from which the term Yoga arises, is here used relative to the mind or manas, along with extending the higher intelligence, meditative mind or dhi.  The idea of Yoga here is a control of the lower mind, much as in the Yoga Sutras, and an awakening of the higher intelligence. The light of the fire that comes out of the Earth can be associated with the Kundalini fire that arises from the root or Earth chakra. The creative Sun, Savitri, also the deity of the Gayatri mantra, represents the guiding Divine intelligence within us and the seed of our higher yogic evolutionary potential.

The verbal root ‘yuj’ is used here also. The seers, vipra, yogically control the mind or manas and higher intelligence or dhi, as in verse one. Savitar here indicates the Divine will towards union or Yoga inherent within us. This is a verse from the Rigveda V.

Bhakti Yoga is indicated here. This is a verse from the Rigveda X.

This is perhaps the key verse that helps us understand the yogic implications of the main Vedic deities. Here Agni, Vayu and Soma, the great Vedic deities of Fire, Air and the Moon refer to their internal counterparts of will, prana and mind and are indicative of the practice of Yoga. The Fire is the Kundalini fire. Control of wind refers to Pranayama. Soma here is the bliss of meditation or samadhi. In these the higher mind or consciousness is born.

The three places are the navel, heart and head, indicating a straight spine, usually in a balanced sitting pose. The channels that bring us fear are the nadis of the subtle body that keep our energy caught in duality, particularly the lunar and solar or Ida and Pingala nadis.

Here pranayama, pratyahara and dharana are indicated, including the practice of Kevala Kumbhaka or entering into the breathless state

Similar to the outer light forms in nature, inner light forms manifest in the mind during meditation indicating a growing direct contact with the deity.

The five elements here refer to the five chakras that are the sites of the cosmic elements, which open during Yoga practice. The fire of Yoga is the Kundalini Shakti. The body gained through the fire of Yoga is the purified subtle body that is beyond all the limitations of the physical body.

This is another verse from the Yajur Veda, reflecting the immortal Self in all human beings.

Here the Vedic surrender or namas to the deity is indicated. This Deity is our Self that pervades all of nature. Fire and water or Agni and Apas here do not just indicate the outer elements but their inner counterparts as well. Here the Upanishads introduce Yoga as another aspect of the Vedic practice of working with the elements and deities of nature. The Upanishad reminds us of a verse from the Yajur Veda:

That is Agni, That is the Sun, That is Vayu and That is the Moon. That is the luminous, That is Brahman. These are the Waters. He is the Lord of Creation.
All winkings of the eye were born of the Lightning Person (Vidyut Purusha). No one has grasped him, above, below or in the middle.

In these Yajurveda verses, it is not just the outer Fire, Sun, Wind and Moon that are indicated, but both their inner forms and their cosmic forms. That or Tat is the supreme Self. The Purusha is both the outer and the inner fire, Sun, Wind, Moon, and Waters. The lightning Purusha is the Vedic Indra who is the supreme Seer, with his Vajra or thunderbolt. In other words, the practice of Yoga is hidden in the very concept of the Vedic deities as powers of light and aspects of Yoga practice.

Adapted from Vedic Yoga: the Path of the Rishi