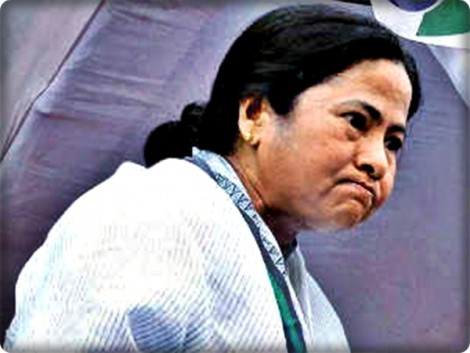 “There was a siege going on; it had been going on for a long time,

but the  besieged themselves  were the last to take notice of it.”

Recent incidents of numerous bomb blasts in West Bengal have caused enormous shock and terror across India.  Prima facie while the Intelligence Bureau and West Bengal Police slumbered,  Al Qaeda and its associated jihadi outfits  like the Indian Mujahideen, Jamaat-ul-Mujahideen Bangladesh and the newly created IS Caliphate,  acting in cohorts with the Inter Service Intelligence of Pakistan, have managed to strike deep roots in various parts of  West Bengal.   And now it stands confirmed that during the last ten years  the virus has spread to   many other parts of the country.

Contours of  a Jihadi  Plot

Local residents  informed the police  when they heard the  explosion and saw smoke billowing out of the first floor room.  When  police arrived, two women inside the building prevented the police from entering at gunpoint, threatening to blow up the building.  The two women were reported to have destroyed several documents which could be used by police as evidence of  terrorist activities.

Shakil Ahmed who had rented the place and hailed from Karimpur in Nadia district, died on the spot.   Two persons were injured. One of them Sobhan Mondal died later at the Burdwan Medical College and Hospital.[1] The other named Abdul Hakim, from Lalgola in Murshidabad district, was admitted to the hospital in a critical condition.[1] The two women, wives of Shakil Ahmed and Abdul Hakim and their two children were left unharmed by the chance explosion.  The police arrested the two women.

According to informed sources , the  al Jihad module had planned a series of ten blasts in Kolkata during the Durga Puja.    Initially the West Bengal government tried to avoid the  probe by NIA  into the Burdwan bomb blast.   After a delay of eight days, the National Investigation Agency took over the investigation.

To their dismay they soon found that the  terror network  of  Jamat-ul-Mujahideen Bangladesh was not limited within West Bengal.   Its jihadi activities  had struck deep roots  in several  other parts of  India, including Chennai in Tamil Nadu and Hyderabad in Andhra Pradesh. The jihadi module of Al Qaeda  had  been supplying explosives  and bomb making-material to many other states  in India and  several strategic  locations in the adjoining Bangladesh.

As the  plot of Burdwan bomb blast continues to thicken day after day, hour after hour,  the dark contours of the  global jihad raising its  black banner in India’s eastern region threaten to start a major  religion-based civilizational clash in West Bengal, Assam and many more  States.  The ongoing probe has revealed that the Simulia Madrasa of Burdwan has been actively recruiting and training hordes of jihadis from different parts of India as well as from  Bangladesh.

Investigations  by the NIA have disclosed that Simulia Madrasa, has  been functioning as a well  organised terrorist  training camp  – a fact belatedly discovered  by the Intelligence Bureau and State Police intelligence sources.  The investigations have revealed that a trans- Bengal jihadi network  allegedly plotted blasts in  Patna’s Gandhi Maidan during Narendra Modi’s election  meeting last year. The group is believed be involved in a bomb blast in Chennai.

The investigations have revealed that both Shakil Ahmed Ghazi ( a  Bangladeshi terrorist  of  JMB),   who died in the blast at his home at Khagragarh in Burdwan district while making bombs, and another  suspect, Mohammad Qauser  (who has fled to Bangladesh), were behind the blast at Chennai railway station on May 1, 2014.  The timer used in the twin blasts in the Bangalore-Guwahati Express at Chennai Central Railway Station were similar to that which was found by  the  NIA  in Burdwan.  Mobile call records too indicated that several calls had been made by Shakil and Qauser to their contacts in Chennai in April, 2014. The sleuths of the central agency felt that JMB was in league with the Indian Mujahideen  which  had  received  outside help to carry out the blasts in Patna as well as Chennai.

In all probability, the terrorists   also used  the  “Sigma” watches for timing the bomb blasts.  During searches at the home of Shakil and  the  injured JMB terrorist Abdul Hakim at Khagragarh Sigma watches were reported to have been seized.  After analysing mobile call records and cracking fake e-mail IDs in a laptop found in the Khagragarh house, the sleuths discovered that Qauser had visited various states in South India.

SIM cards purchased in West Bengal were also used to make calls to their links in various states and even Bangladesh when the duo operated from Chennai just before the blasts.

Shakil’s widow, Raziya Bibi, now in NIA custody,  has started singing like a canary.  She is said to have confessed  that her husband and Qauser had visited Chennai in April and May 2014  just a few days before the blasts. The tags found in the time bombs in the train compartments had tags of a manufacturer in West Bengal, which they had taken there, Razia reportedly told them.

The  NIA   team discovered that  similar  timers  had been used in West Bengal bomb blasts.  Prima facie this discovery  confirms   that the Patna and  Chennai  terrorists had connection with Shakil and Qauser. The seven bombs which exploded  last year during the  Patna rally  had been  manufactured in West Bengal. In fact, one of the terrorists  arrested from Barpeta in Assam, admitted having learnt to make  IEDs  in Jharkhand   where  underground spy nests  of  Indian Mujahideen  and  Al Qaeda  had been  strategically positioned  by the  militants, perhaps by Pakistan’s  ISI.

Further investigations confirmed their links with some Indian Mujahideen   operatives functioning from  Karnataka.   Raziya admitted  the two terrorists making calls to Abdul Qader Sultan Armar, who hailed from Bhatkal in  Karnataka State.  Now, however, Sultan Armar   was operating  from Waziristan in  AFPAK  region and adjoining Pakistan.

According to reliable sources, Qader Sheikh, brother-in-law of Shakil, was acting as a courier, providing logistics like RDX and raw explosive materials for training.

Meanwhile  the NIA and other Central intelligence agencies continue their hunt  for  approximately 150  plus  jihadis linked to the Bangladesh module. There is some  evidence of the  attempted cover-up by the West Bengal Police  in the Burdwan accidental bombing case.  Information  received from various sources detailing the Simulia Madrasa terror apparatus reveals that the suspected terrorist Shakil Ahmed prepared self-motivated modules who have gained expertise in making IEDs and carrying out terror strikes as independent operatives. Shakil was aided by the absconding suspects Sheikh Yusuf and Abdul.

The  Simulia  Madarsa  is reported to have trained more than 140  Muslim youth recruited  from India as well as Bangladesh. They were  trained to unleash  new terror operations which Al Qaeda was  planning to launch.   Allegedly Shakil  Ahmed was providing paramilitary  training and  giving lessons in  the  technology of  making IEDs to new recruits in Simulia Seminary which  is   an hour’s drive    from Burdwan.

The Central agencies seized several issues of  INSPIRE  magazine, a well-known publication of Al Qaeda from the suspects’ hideouts in Burdwan. The interrogation of captured Jihadi Hasan Molla revealed that Inspire magazine was an excellent guide for making lethal IEDs in kitchens. Al Qaeda magazines, especially THE INSPIRE,  teaches how  a bomb can be assembled from common items like cooking gas cylinders and iron nails.  It can be set off by  a remote detonator.

According to reliable sources, substantial   jihadi literature and  printed material seized from  the house  of  Shakil’s relative Qader Sheikh’s house had slogans like ‘Jihad—f from Bangladesh to Baghdad’ and   radical promptings  for  the indoctrination  of  trainees.   Mercifully, some  residents of  Khagragarh   have  now started approaching  the officers of the  NIA  with fresh inputs about which they dared  not speak earlier due to the fear of  pro-jihadi goons and paid  politicians

In early 2004, a Mumbai-based strategic think tank, Foresight Group,  chaired by Sundeep  Waslekar  had  published a  book titled ‘Cost of Conflict   between India and Pakistan’.    The tome gave copious details of the activities of the Inter-Services Intelligence of  Pakistan in India,  largely managed and monitored through multiple strings of Madarsas embedded across various States.  Waslekar’s research highlighted several sinister aspects of the fast-rising  network of  spies planted  across India by Pakistan to subvert and destroy the Indian nation (read the Hindu identity  of India).  It drew pointed attention to the virulent anti-national preaching in most madarsas  of India.

Waslekar’s tome contained useful details of  the activities of  the  ISI,  presumably culled from   a leaked  secret  official White Paper  allegedly prepared  during the tenure of  Lal Krishna Advani who was Home Minister during the previous  National Democratic Alliance (NDA) regime.  Mysteriously, the so-called white paper, originally tom-tommed  by L.K. Advani as a great expose of  the rising crescendo of the ISI’s footprints in India,  never saw light of the day.

According to  Waslekar’s  study, by 2004 itself, the ISI had spread its  tentacles all over India by establishing  sixty  Spying Centres across various states in which nearly 10,000 spies were employed.  As many as ten States, namely Uttar Pradesh, Maharashtra, Bihar, Andhra Pradesh, West Bengal, Tamil Nadu, Kerala , Jharkhand  and Assam  have been actively flooded by the ISI modules.  Additionally  an effective network of  jihad- promoting madrasas had been spread throughout the country.

The latest disclosure  about  a super spy  codenamed  ‘Honeybee’ planted in India by the ISI has given a new twist  to the narrative of  Pro-Pakistani fifth columnists and fellow-travellers embedded  in Indian polity. Interestingly the  news that the super-spy Honeybee is aided by a retinue of  ‘chuhes’ (i.e. rats), as disclosed by Adrian Levy and Cathy Scott-Clarke in their scholarly book, The Seige,  appears  to  be  another  major failure  of  Indian intelligence agencies.

It is amazing that the boast of  Major Iqbal of the ISI about the cleverly planted Honeybee, highlighted by Adrian Levy and Cathy Scott-Clarke, has not been taken seriously by the Indian intelligence agencies.  No one knows the reason for ignoring such a vital clue about  the shadowy operations of  fifth columnists, boldly highlighted more than one year ago  by two reputed researchers.

Sundeep Waslekar’s  assessment was that by the year 2004  the  ISI  had  successfully  set up as many as  sixty  regular Espionage  Centres all over India in which nearly 10,000  trained  spies were employed. That was a rough  estimate made  by  the researchers of  Waslekar’s thinktank  ten years ago. Since then much water has flowed down the Ganga.

According to reliable intelligence sources,  by now the number of  active  ISI-planted  Espionage Centres  in India has more than doubled.  These  espionage centres   constitute   formidable  sleeper cells  of   Pakistan-financed  fifth columnists whose  numbers have  grown  exponentially during the  10 years of misrule by the UPA.  According to a former  intelligence expert (name withheld to protect his identity)  by now  the number of  core  ISI agents plus their cleverly embedded fellow- travellers operating  in India is believed to be in the range of  fifty to sixty  thousands,  or more. That makes a formidable corps of  spies and  saboteurs planted within India.  No wonder, India is heading for a major faultline conflict.

It is difficult to believe that  senior  officers  of  the Intelligence Bureau have no knowledge of  Sundeep Waslekar’s  ten years old research.  Far more difficult is to believe that they  have remained ignorant of the contents of Cathy Scott and Adrian Levy’s  widely discussed book, The Seige.

Apparently while West Bengal Police slept under the protective shield of Mamata Banerjee,  the Intelligence   Bureau went into Kumbhakaran-like slumber for ten years under the  UPA’s  long  spell  of  non-governance.  It is time for some soul searching  by  India’s current Home Minister  for weeding out  incompetent  security professionals. But  can Rajnath Singh  use  his big broom  to clean the Augean stables thriving  under his nose  ?

What has happened in West Bengal is inexcusable, especially after a strong warning was conveyed  nine years ago  by the senior journalist,  Mayank Jain,  in his video-film, The Bangla Crescent .