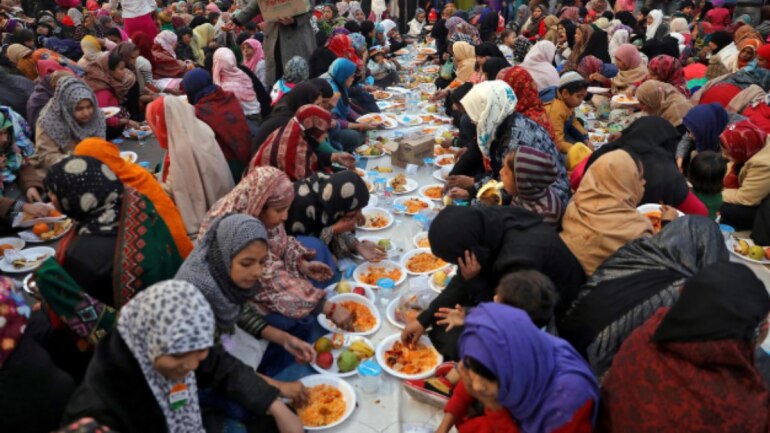 Even as the current leadership of both the opposition Congress party and the Left parties continue to term Citizenship Amendment Act (CAA) “unconstitutional” and “an assault on the fundamental principles of Indian democracy”, a careful reading of history clearly suggest that the same Congress and the Communists – on numerous occasions – had felt the need for legislation to provide succor to the religious minorities facing persecution in the neighbouring Pakistan and Bangladesh.

In a letter to the then Union Home Minister P Chidambaram, in 2009, Gehlot wrote, “I am now writing to bring to your kind notice an outstanding issue of a large number of Pak oustees from Hindu/ Sikh community who came to India during Indo-Pak conflicts of 1965 and 1971 and have made India their home and they have no intention of going back to Pakistan.”

“They are unskilled and are living under extreme poverty. They have been demanding Indian citizenship to enable them to take advantage of the welfare schemes of the government,” Gehlot wrote.

Further, he urged the then Home Minister to authorize the district collectors to give citizenship to the persecuted Hindus and Sikhs.

The Congress manifesto for 2018 Assembly election in Rajasthan had promised citizenship rights to displaced Hindus and Sikhs, from Pakistan, who are taking shelter in Rajathan.

Assam Pradesh Congress in its executive meeting, on June 2, 2015, had urged the Centre to grant citizenship to the persecuted religious minorities from Bangladesh taking into consideration the “historical reality” and “humanitarian aspect”.

While addressing the meeting, the then Assam PCC president Anjan Dutta said, “We will take up the unresolved issue of citizenship for the Bengali Hindus, Buddhists, Christians and people of other minority communities who came to Assam after being subjected to inhuman torture post-partition.”

“These people were citizens of undivided India and they were forced to flee their own homes for saving their lives after being subjected to atrocities on the grounds of religion. The APCC calls upon the Centre to grant citizenship to all such people, taking into consideration the historical reality and humanitarian aspect,” he added.

Gogoi’s 2012 memorandum to then PM Singh

In a memorandum to the then prime minister Manmohan Singh, dated April 20, 2012, the then Assam chief minister Tarun Gogoi had urged him that Indian citizens who had to flee due to religious persecution during partition “should not be treated as foreigners on humanitarian grounds”.

In a 2003 speech in the Rajya Sabha, the then Leader of the Opposition in the Upper House Manmohan Singh had said, “After the partition of our country, the minorities in countries like Bangladesh, have faced persecution, and it is our moral obligation that if circumstances force people, these unfortunate people, to seek refuge in our country, our approach to granting citizenship to these unfortunate persons should be more liberal. I sincerely hope that the honourable Deputy Prime Minister (LK Advani) will bear this in mind in charting out the future course of action with regard to the Citizenship Act.”

Pointing to persistent persecution of religious minorities in Pakistan, the then Union Home Minister Gulzarilal Nanda told the Rajya Sabha, on March 5, 1964, “….when that security fails, when the minorities in that country, for whom we have in the earlier years entered into some arrangements with that country, suffer, if those arrangements break down and the minorities there are subjected to atrocities and brutal treatment, the brunt of the consequences has to be borne by us ultimately…But something more happens to them, that is, those people find that it is not all possible for them to stay on there; that is, their honour is not safe, their lives are not safe. Then, the situation becomes somewhat different.”

“Then those people, because they are uprooted, because their houses had been set on fire, because there is arson and looting, find it impossible for them to stay on there, and they struggle to escape to India, and the consequences flow for us…If there was a way of preventing their exodus, their influx, into this country we should try to find out. But if there is no way, then the door has to be kept open for these people,” he added.

Amid the tide of exodus of Hindus from East Bengal (now Bangladesh), Congress leader Thakur Das Bhargava told the Lok Sabha on February 2, 1950, “Today we hear from East Bengal that 10,000 Hindus have been driven out in a body from there. I cannot understand how the one crore Hindus of East Bengal would be able to live there. What policy will the government adopt under such circumstances is the question on everybody’s lips. How can we make provisions to rehabilitate those Hindus who are day after day migrating from East Bengal?”

Nehru’s assurance at Parliament in 1950

Referring to the plight of the Hindus in East Bengal (now Bangladesh), the then Prime Minister Jawaharlal Nehru, in his speech in the Parliament, on November 15, 1950 said, “Our duty to those who, who will be in peril in East Bengal, will be to protect them in their own country and to give them shelter in our own country if there is no other way and the situation so demands…”

“There is no doubt, of course, that those displaced persons who have come to settle in India are bound to have the citizenship. If the law is inadequate in this respect, the law should be changed,” he added.

CPI leader Bhupesh Gupta had told the Rajya Sabha on March 4, 1964, “We are also committed to the minorities in Pakistan. We have signed the Nehru- Liaquat Pact and other agreements. We cannot escape our responsibility. But then we have to face that responsibility within the four corners of a peaceful policy, a policy that is honourable, a policy that is decent and which answers the needs of human dignity as also attracts the attention of the world.”

While referring to the influx of persecuted religious minorities, from across the boarder, Gupta in his speech in the Upper House, on July 27, 1970, had argued, “After all, those who are crossing into the frontier… are coming here because of certain fears and apprehensions there, they are coming here in quest of life, in order to get settlement and rehabilitation. Let us treat them in a spirit of brother and sister taking brother and sister. Well, that is how, with a common national and human approach, we can correctly tackle and solve this problem.”

The CPI resolution, adopted at Amritsar in 1958, reads, “…the unaccountable agony and suffering of these unfortunate men, women and children continue to grow every day. Their plight cannot but evoke the deepest sympathies of all and their problem is one that is eminently human as well as national…Expressing its full sympathy for the just cause of the refugees, the CPI calls upon the government to change its present attitude and policy towards displaced persons from East Bengal (now Bangladesh) and accept their just demands.”

The CPI resolution had urged the then Central government to “convene a conference of the representatives of the refugees and leaders of all political parties to discuss the urgent question of rehabilitation with a view to working out a correct rehabilitation policy which above all must be acceptable to the refugees themselves and inspire confidence among them.”

CPM leader Prakash Karat had once argued that those fled Bangladesh, facing religious persecution, deserves Indian citizenship. In a letter to the then prime minister Manmohan Singh, dated May 22, 2012, Karat had said, “This is to draw your attention to the citizenship problems of a large number of refugees from erstwhile East Bengal and those who had to flee their country after the formation of Bangladesh in circumstances over which they had no control. Their situation is different from those who have come to India due to economic reasons. While we advocate a humane approach to all sections, on the specific issue of citizenship we share the opinion you had strongly advocated as leader of the Opposition when it was debated in Parliament in 2003.”

Further, in that letter, Karat had reminded Singh of what he had told the then Deputy Prime Minister LK Advani, on the floor of the Rajya Sabha in 2003, when the former was a Leader of Opposition in the Upper House.

Karat wrote, “At that time you had stated: ‘With regard to the treatment of refugees after the Partition of our country, the minorities in countries like Bangladesh have faced persecution, and it is our moral obligation that our approach to granting citizenship to these unfortunate persons should be more liberal. I sincerely hope that the Honorable Deputy Prime Minister bears this in mind in charting out the future course of action.’”

Post-script: The above findings, from the dustbin of history, clearly shows that how the Congress and the Communists – in a bid to score political brownie points – are completely disregarding their own past and the positions their party and their leaders had once taken with respect to the persecuted religious minorities of India’s neighborhood. This has thoroughly exposed their hypocrisy.

Now, at a time the CAA has given a new lease of life to millions of persecuted religious minorities from India’s neighbourhood, by opposing the new citizenship law the Congress-Communist combine are displaying their complete indifference to the voice of the voiceless.