Yogi Adityanath as CM: Can a Sannyasi take up Kshaatra role? 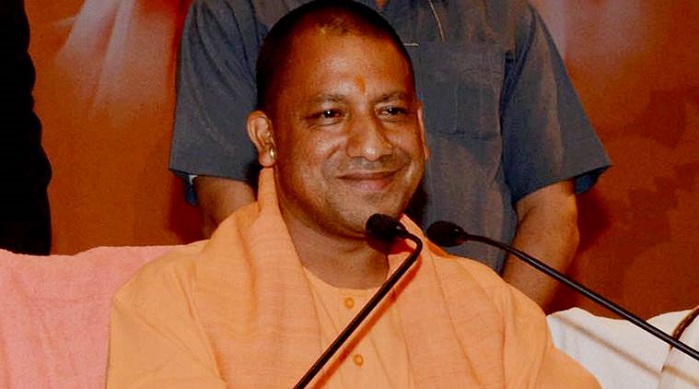 With Yogi Adityanath, Peethadishwar of Goraksha Peeth and a Sannyasi in the Nath Sampradaya taking over the political responsibility as the Chief Minister of Uttar Pradesh, some people have raised a concern regarding whether such an action of a Sannyasi taking up a Kshaatra role of governance is according to Dharma or not? While a straight answer is not available in Hindu Dharma Shastras, a careful reading of them combined with historical precedence, does take us to a definitive answer.

The objection towards a Sannyasi taking up Kshaatra (i.e. Kshatriya) role can be on two major counts: One, it would mean a Sannyasi taking up Grihasta Kshatriya role, and two, a Sannyasi violating his vow of Ahimsa, since the Kshaatra role by nature involves himsa in the form of Danda (force/punishment for maintaining law and order) in one or the other form.

To determine whether this objection has merit or not, let us begin with an examination of who a Sannyasi is. Hindu Dharma perceives the society and the role of people in it, in the terms of Varna and Ashrama. While Varna refers to the inherent Svabhava temperament) of a person, the Ashrama refers to stages in life. A combination of both aim to facilitate each individual to follow his/her inner calling and attain self-actualization. Sannyasa or renunciation is an Ashrama Dharma i.e. it refers to a stage of life. In the language of Vedanta, there are two paths towards self-actualization and self-realization: One is Pravritti- i.e. the path of actions, of householders (Grihasta) and the other is Nivritti- i.e. the path of renunciation, of Sannyasa. The former is the path suggested for those who have attachments to worldly objects, who have desires for material pleasures, while the latter is suggested for those who have become detached and dispassionate and who no longer hanker for worldly things- be it fame, power, wealth or family and who instead have burning desire only for attaining Brahman or ultimate Reality.

In other words, a Sannyasi or a renunciate is one who renounces the pursuit of worldly goals and dispassion is his defining quality. A question that needs to be answered at this juncture is what does renunciation constitute? Does it necessarily mean going to a forest and becoming completely cut from the society? Does it mean renunciation of the world and society as a whole?

Hindu scriptures classify Sanyyasa into different categories based on multiple considerations. One such classification is into two groups: Vidvat Sannyasa or the renunciation of the knower and Vividisha Sannyasa or the renunciation of the seeker. As the name suggests a Vidvat Sannyasi is already a knower of Reality, one who has attained Atma-jnana even before taking Sannyasa and the world spontaneously drops out for him. Such a person may or may not take a formal Sannyasa based on his Prarabdha karmas, which are working in his current life. One example of this is Yajnavalkya. On the other hand, a Vividisha Sannyasi is still a seeker. He has developed a considerable degree of dispassion, which again has been classified into strong, medium and weak, and he seeks to perfect his dispassion and pursue Atma-Jnana and hence he formally takes Sannyasa. In Vividisha Sannyasa, a person can again become a renunciate in two ways: One by renouncing only the Kamya Karmas- i.e. desires performed with specific worldly desire, while the other accepts Sannyasa in a formal manner and takes on Danda (staff), etc. And then, there are those who may only mentally renounce and still continue staying in the world and performing their worldly duties. The purpose of this discussion into different types of Sannyasa was to show how our stereotype of a Sannyasi as a forest renunciate, who should necessarily be away from the society is incorrect. Instead, Sannyasa has too many classifications catering to different Svabhavas and requirements of those willing to travel this path.

The key aspect of Sannyasa is dispassion and dispassion results in a person renouncing first the fruits of actions, then the doership of actions. This renunciation of fruits and the doership of actions, results slowly in actions itself spontaneously falling away from such a person. But, even then, such a Sannyasi would still perform his Nitya Karmas, according to his Ashrama, he would still perform the Svadharma of his life, which is “Dharma Samrakshana”- protection of Dharma and “Loka-Kalyana”- welfare of the world. It is for this reason of upholding of Dharma and the welfare of the world that Adi Shankaracharya wrote his famous Bhashyas, travelled around the length and breadth of the country and debated numerous scholars. It is for this reason that Swami Vidyaranya inspired Harihara and Bukkaraya to start Vijayanagara kingdom or a Gorakshanath instructed Bappa Rawal to fight the Islamic forces.

The point here is, a Sannyasi does not mean one who is insulated from the socio-political happenings of the society. There are different traditions within Sannyasins and each follow its own stipulations and life practices. A Nath for example is completely different from Eka-dandin or a Tri-dandin Sannyasin and adhere to different stipulations. There are huge variations in Dashanami order of Sannyasins as well. Hence, while some Sannyasins may choose to stay aloof from society owing to his/her own Swadharma, others may take active part in society in the form of teachers, as propagators of Dharma, as facilitators of seva and social change, and as political facilitators and leaders as well.

Thus, there is a definite precedence for Sannyasins taking up some worldly Grihasta function for the sake of Dharma and the welfare of the world. The key is, a worldly person performs his actions with attachment, while a Sannyasi performs it with dispassion, out of compassion alone.

Now, if it be asked, whether there is a clear precedence for a Sannyasin taking up Kshaatra role or presiding over an activity, which is Kshaatra in nature? The answer again is a Yes.

The famous “Sannyasi rebellion” against the British, wherein they rebelled and fought against the East India Company in the late 18th century, serves as a good precedence for Sannyasins taking up the Kshaatra role of offense and defense of the country against the invaders. After the battles of Plassey and Buxar, the East India Company had increased the land taxes and had started exploiting the Zamindars and the peasants. As a result, Zamindars who customarily paid tribute to the wandering Sannyasins across Bengal in the form of alms were unable to continue with this practice. The British additionally branded the Sannyasins as looters and imposed a number of restrictions on them. And then in 1771, around 150 Sannyasins and Fakirs were killed by the British for no particular reason. This resulted in an uprising of Sannyasins belonging to different traditions, who were then joined by oppressed peasants and displaced landlords.

Even before that in the 16th century, Madhusudana Saraswati, the renowned Advaita proponent, organized a section of Naga Sannyasins (Naked ascetics), armed them, and delegated to them the task of protecting Hindus and Hinduism from the tyranny of the Moghuls. These Naga Sadhus then formed various Akharas across North India and fought fiercely against the Islamic forces. Some of the Akharas which still function to this day include Shri Panchadashanam Juna Akhara, Shri Panchayati Mahanirwani Akhara, Shri Taponidhi Niranjani Akhara, and Shri Taponidhi Anand Akhara, to name a few.

In the 14th century, when Harihara and Bukkaraya established Vijayanagara Empire after coming under the influence of Swami Vidyaranya, the 12th Shankaracharya of the Sringeri Sharadha Peetham, they began ruling the kingdom under the name of the Acharya and granted Peetham rights over laukik administration of the kingdom. As a result, to this day, the Sringeri Acharya’s carry the title of “Karnataka Simhasana Prathisthapanacharya”, roughly translated as an “Acharya who founded the Karnataka throne.” Till the Independence of India from the British rule, the Sringeri Peetham, had collected taxes from many villages. This provides precedence for a Sannyasi presiding over the secular Kshaatra role of administration. There are other precedence of non-Kshatriyas taking Kshaatra role for the sake of Dharma, be it Parashurama fighting against the corrupt Kshatriyas, or a Mayura Sharma founding the Kadamba dynasty, or a Peshwa waging war and spreading the Maratha Empire.

In all the examples quoted above, be it the Nagas fighting the Moghuls, or Parashurama fighting the Kshatriyas, one thing that stands out is the fact that they all took to Kshaatra roles at the times of distress, for the sake of upholding and protecting Dharma. This performance of duties, ideally not one’s own, at the times of distress is called “Apad Dharma” in the Hindu Shastras. According to “Apad Dharma”, in times of distress, be it at a personal or family level, or at national level, one may choose to not perform one’s own duties and take up some other professions or activities so as to protect and sustain oneself or for the purpose of upholding Dharma. Thus, for example, a Naga fighting the Moghuls is not a violation of Sannyasa dharma.

In other words, be it for “Loka Kalyana” or as “Apad Dharma” for the sake of upholding Dharma, a Sannyasi taking up worldly Kshatriya role, which by nature involves Himsa in one or the other form, does not violate any Dharmic tenets, as long as the Sannyasi remains dispassionate and all his/her actions are guided by detachment and compassion and not by desire, greed and other lower mental emotions. Whether this indeed is the case with Yogi Adithyanath, is difficult to determine. But, considering how he has received formal Deeksha into Nath Sampradaya and was trained under a guru, it is highly likely that this indeed is the case. He may have made a determination that there is an Apad Sthiti that needs intervention and considering the current socio-political condition for Hindus, especially in Uttar Pradesh, this may not be farfetched.

In any case, what is beyond doubt is the fact that there is no impropriety, no violation of Dharma, as far as a Sannyasi taking up a certain Kshaatra role for the sake of Dharma and loka-kalyana itself is concerned. As my friend Arunisha Sengupta puts it “The Sanyasi has NOT taken ‘retirement’ but is a ‘renunciate’, this is something that the Hindus should understand.”