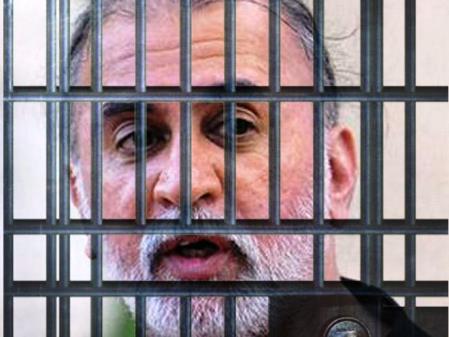 The relationship between Tehelka and the Congress-led United Progressive Alliance (UPA) was more than symbiotic. Of course, both benefited each other; both are Left-leaning; but the hallmark and the conspicuous feature of both is their capability to blend lofty idealism with abysmal venality.

Tehelka claims to stand for ‘free, fair, fearless’ journalism. It promoted every fashionable cause—from women empowerment and tribal welfare to environment protection; and it indulged in every questionable activity that some sections of the media are accused of—blackmailing industrialists, extortion, burying news stories, and so on. And indulged with aplomb. The virtuous and the wicked co-existed with ease in the magazine—and perhaps also in its editor, Tarun Tejpal.

The UPA, too, also blended idealism with cynicism—with such finesse that often it was impossible to tell one from the other. The rights to food, education, information, etc.—and scams running in lakhs of crores.

Both stand exposed today, but the barons and knights and popes and bishops of the ancien regime persist with their sophistry and shenanigans. We are still told that Tehelka is a great magazine that has done some excellent work, and the UPA government has done a lot good things like inclusion, empowerment, and entitlements. Yes, the magazine indulged in some shady activities and the UPA regime got involved in huge scandals, but many opinion makers would like us to forget all that in the light of the supposedly good work done by Tehelka and the UPA government.

What nobody has asked is whether the magazine and the current regime have done anything good in the first place. Even the (new-born) critics of Tejpal never tire of saying what a great job Tehelka has done. According to intellectuals, Tehelka took on the high and mighty of the land, exposed the seamier side of the corporate world, uncovered many unsavory aspects of the 2002 riots in Gujarat, espoused the cause of the downtrodden, and long is the list of the controversial magazine’s achievements. But what these intellectuals don’t tell is that Tehelka almost invariably did its stories from the Left wing perspective, a perspective that has been thoroughly and globally discredited. The scenarios the magazine presented were filtered through a red glass. Tehelka was not free from its pinkish bias; it was actually lazy journalism, as the shibboleths and dogmas of a bygone era—the era of Nehruvian socialism—were blindly accepted as gospel truth.

Nor was it fair, for it was selective in presenting facts. While minor misdemeanors of the Bharatiya Janata Party were highlighted prominently, the major scandals of the UPA were played down or simply ignored.

Fearless Tehelka indeed was, but again not in every context. Anything hitting the BJP, the corporate sector, etc., was fair game; but corruption of the UPA government and unlawful actions of NGOs were beyond the purview of the magazine’s fearlessness.

Interestingly, Tejpal’s shady deals to raise money were quite well-known. As Hartosh Bal, a senior journalist who was associated with Tehelka, said in an interview,

“What kept it [Tehelka] going was the support of activists and NGOs. Many of these people knew a considerable amount of what was wrong with the magazine, but they were willing to keep silent as long as they had a platform that never turned a critical eye towards them. Activism in this country is remarkably lacking in self-reflection or criticism. And as long as people are on the same side of the political spectrum, they are willing to ignore a huge amount of what is wrong in their own domain.”

This is typical of Leftists; the defining feature of their character is doublethink. George Orwell described doublethink as: “To know and not to know, to be conscious of complete truthfulness while telling carefully constructed lies, to hold simultaneously two opinions which cancelled out, knowing them to be contradictory and believing in both of them, to use logic against logic, to repudiate morality while laying claim to it…”

Friends and former friends of Tejpal have said on more than one occasion that he thought that the normal code of behavior and the laws of the land are not applicable in his case; the same is true for the commies, professional revolutionaries, fellow travelers, and jholawallahs—they too “repudiate morality while laying claim to it.” They rub shoulders with, and often sympathize with, the jihadists and Maoists; they get funding from questionable sources; they often promote agendas like quotas and the Muslim personal law that are retrograde and have been found to be counterproductive—and yet our radicals and intellectuals have the cheek to preach the world what constitutes ethics.

Ditto with the UPA. The coalition has the dubious distinction of providing the most corrupt and incompetent government—and yet its functionaries never tire of preaching the virtues of welfarism, harmony in society, civil rights, etc.

Both Tehelka and the UPA are an affront to all that is decent and reasonable; both are built on sanctimony and cunning. Unsurprisingly, the relationship between the two was mutually beneficial. Thankfully, one is down and the other is on its way out.