We are a media platform for empirical, fact-based, and data-driven analyses of the increasingly negative gaze on Hindus and Hinduism.

Currently, we are only accepting empirical, fact-based, and data-driven analyses and commentaries on how the media and academia portray the life, work, attitudes, and behaviors of Hindus, and what they say about the nature and thrust of Hindu thought and contributions to the world.

We are not currently accepting unsolicited fiction or poetry.

IndiaFacts is also a platform for showcasing interviews of and webinars/talks by scholars, activists, and writers. 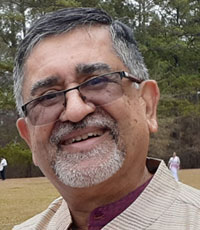 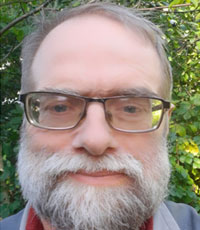 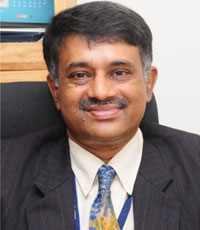 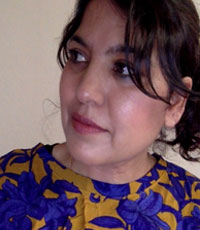 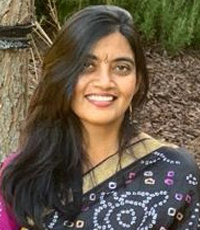 Ramesh Rao earned a PhD in Communication Studies from Michigan State University. He has been teaching in the United States since 1987, but before leaving for higher education, Ramesh worked as a bank officer, a schoolteacher, and a copy editor in India. Having taught a wide variety of communication courses in Michigan, Missouri, and Virginia, Prof. Rao now teaches in Georgia. He has co-authored a book on intercultural communication, and authored and edited a few books on Indian politics and society, and written for American, Indian, and British newspapers and magazines.

Dr. Koenraad Elst was born in Leuven, Belgium, into a Flemish (i.e. Dutch-speaking Belgian) Catholic family. He graduated in Philosophy, Chinese Studies, and Indo-Iranian Studies at the Catholic University of Leuven. During a stay at the Benares Hindu University, he began to take interest in India's religious conflict and wrote his first book on the Ayodhya conflict. While establishing himself as a columnist for several Belgian and Indian papers, he frequently returned to India to study various aspects of its ethno-religious-political configuration. His research on the ideological development of Hindu revivalism earned him his Ph.D. in Leuven in 1998. To make a living, he has worked in political journalism and as a foreign policy assistant in the Belgian Senate, but his main vocation has always been research. He has also published about multiculturalism, ancient Chinese history and philosophy, comparative religion, and language policy issues. In the ongoing Aryan homeland debate he has played a key role.

Professor Rajeev Srinivasan graduated from the Indian Institute of Technology (IIT), Madras, and the Stanford Business School. He spent twenty years in engineering and management roles in the US, with Bell Labs and in Silicon Valley. He has been a columnist for several publications, such as Rediff.com, Swarajaya, Open, DNA, Firstpost, Pioneer, for 25 years. Along with the last Varsha Bhosle, he was the Original Internet Hindu, pioneering an unapologetic Hindu nationalist perspective.

Suhag Shukla, Esq., Executive Director, is a co-founder of the Hindu American Foundation. She holds a BA in Religion and JD from the University of Florida. Suhag has helped steer the Foundation to being recognized as a leading voice for civil rights, human rights, and religious freedom. Ms. Shukla has served on the Boards of the Nirvana Center, Main Line Indian Association, and YWCA of Minneapolis. She was also a member of the Department of Homeland Security Faith-Based Security and Communications Subcommittee. Shukla is a member of the board for the National Museum of American Religion and serves on religious advisory committees for the Council on Foreign Relations, the Humane Society of the United States, and the Department of Homeland Security’s Subcommittee for the Prevention of Targeted Violence Against Faith-Based Communities and is a member of the First Amendment Center’s Committee on Religious Liberty and the United Nations Women’s Gender Equality and Religion platform. Shukla was named one of twelve “faith leaders to watch in 2017” by the Center for American Progress.

Prof. Charu Uppal earned a PhD in Communication/Media Studies from Penn State University. She is a media researcher, based in Sweden, and has taught at the university level in the United States, Fiji, and Sweden. Uppal’s research interests are interdisciplinary with a focus on the use of media for expressing cultural and political identity. Uppal has been published in a variety of journals including Global Media and Communication, Journal of Creative Communications, and the International Communication Gazette. She has also served on the Editorial Board for Pacific Journalism Review and Communication, Culture and Critique.

Pushpita is a storyteller and communications professional with a background in working with media, technology and history. She is passionate about topics related to India, Hinduism, and Human Rights.
Pushpita is part of the National Steering Committee at the "Coalition of Hindus of North America" (CoHNA) and is involved with organizations focused on advocating for minorities -- finding their stories, helping to elevate their voices through multiple media and channels. She believes in the power of grassroots advocacy/activism and has led meetings with local lawmakers, school boards, and other stakeholders to help drive awareness on these topics.