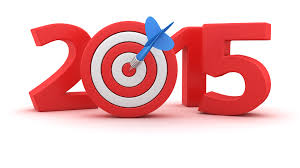 It is that time of the year again, the time to look back and reminisce about the highs and lows of the year gone by, leaving most of us with mixed feelings of nostalgia and regret. However, the sincere, hardworking and talented among us also look back at a serious set of achievements that has made a difference to the lives of people around us.

For these gems of our society, excellence is just a habit and recognition only a side show. Yet we feel duty-bound to express our gratitude by honouring their inspirational contribution towards nation building.

Every year we honour six persons from the political arena (including journalism) in whom we find a spark of genius, exemplified in their unique personal accomplishments. Given below is the list of this year’s winners of the Annual National Distinction Awards (ANDA 2015):

Amit Shah is a name synonymous with electoral brilliance, as was evident in the success of the BJP in May 2014 general elections. However, his real artistry only got manifested in 2015, first with the shocking drubbing of his party in Delhi and later, in Bihar.

Some say that it was a deliberate move by him, just so that the opposition parties get overconfident before the next general elections in 2019. However, Amit Bhai denies such wicked designs on his part and attributes the losses to the stupidity of the electorate, whose interests he understands better than they themselves do.

He also earned special points in our poll for popularization of terms like Jumla (not to be confused with Joomla CMS) in election rallies, where lesser politicians would have avoided such extravagant creativity.

Arvind is not just the Chief Minister of the municipality of Delhi but also the Chief Minister of India and has also expressed willingness to be the Chief Minister of the Universe. Sources in the Aam Aadmi Party, under condition of anonymity, say that losing to Narendra Modi in Varanasi shattered his dream of being the Prime Minister and that is when he made up his mind to not let the country’s Constitution get in the way of his burning desire to serve the entire country and soon enough bagged a landslide victory in the Delhi elections.

Thereafter, going well beyond the call of duty, in the new Jan Lokpal Bill that he introduced in the Delhi assembly, he gave the Lokpal of Delhi powers to investigate cases pertaining to the central government as well. His innovative solutions for improving the traffic situation in the National Capital, which seem to be carefully geared towards facilitating U-turns, prove beyond doubt that when it comes to out-of-the-box thinking, he has no match. When we wrote to him to invite him to the award ceremony, he played it down with his characteristic modesty, quipping “Hamari kya aukaat hai ji?”

Not a man to be bound by the material comforts of air-conditioned studios and even as one of the seniormost journalists of a prominent media house, Rajdeep likes to don the role of a beat reporter from time to time. And does he nail it!

His intrepid reporting and unnecessary opinionating from the streets of New York earned him the wrath of unruly non-resident Indians, though a review of the video footage later indicated that unruliness was an understatement, especially when it came to Rajdeep’s own behavior.

In his passion for finding the truth, Rajdeep often relies on an intrinsic moral compass that he considers to be beyond the scrutiny of ordinary reason. His pronouncements on daily affairs are a complex web of ideas manufactured from the secular fabric of the Idea of India.

No other journalist, with the exception of his wife, gets as much attention from Internet Hindus, a term coined by his wife, Sagarika, to describe a section of Indians who do not feel apologetic about their heathen identity. Those unruly NRI’s are suspected to have been members of this dangerous cult.

It is rare to find politicians who are scholars in the real sense of the word. After Arun Shourie misused his pseudo-scholarship to spread venom against the canonical truths established by the Congress party, the people of India began to doubt the very purpose of historical research.

That was before Mallikarjun Kharge came into prominence.

Within a few weeks after renowned Marxist historian, Romila Thapar, subtly washed her hands off the controversial Aryan Invasion Theory (AIT), Mr. Kharge refused to submit to the conclusions drawn from scientific research of the past few decades that tends to dismiss AIT in its entirety.

Instead, he submitted his blood sample to a laboratory near 10 Janpath and traced back his DNA to an original native of India, who was abducted from his village by a fair complexioned man on a horseback. The fair guy exploited Kharge’s progenitor in various ways, before he got rescued by a noble ancestor of Jawaharlal Nehru.

Our current Kharge was able to establish this link by genetic re-engineering and a careful reconstruction of events that borrowed from the writings of great Indologists from the British era. It is no wonder that Mr Kharge is also the leader of the Congress party in Lok Sabha, given his clan’s ancient debt to the Nehru dynasty.

From spamming mailboxes to practicing law to conducting midnight raids, Somnath’s has been an inspiring story of grit, innovation and ambition. As the law minister of Delhi last year, he was accused of racism by the opposition and non-krantikaari sections of the media.

He had simply asked some African women to urinate in public, squarely embarrassing even the accompanying officials of Delhi Police, a force that is not exactly known for its display of gender sensitivity.

A year later, he showed his critics their lowly place, when his wife accused him of indulging in domestic violence. He was heard proudly declaring to his supporters that he did not discriminate based on colour, especially when it came to mistreatment of women.

After an FIR was filed against him, he simply went missing for a few days, only to come back stronger and more determined to work for the cause of women empowerment. Only this time, the party high command found his reformative agenda too radical for Delhi’s decadent cosmopolitanism. So, we decided to fill the emotional void in his life and to encourage his feminist zeal through this token of appreciation.

2015 has been a remarkable year for Mr Aiyar, a former diplomat and a member of the upper house of the Indian parliament. He is a consummate master of Track 2 diplomacy and earlier this year, went about imploring a journalist from Pakistan to “remove Modi”, presumably at the behest of the sponsors of the Aman ki Asha initiative.

Some foreign policy experts speculate that he was just drunk when he gave that interview. On the other hand, his critics accuse him of secretly endorsing the concept of Virat Hindu, someone who refuses to acknowledge the legitimacy of the partition of the country in 1947.

This misconception about Aiyar’s real ideology is due to his unabashed promotion of the interests of undivided India, especially its Northwestern region. His imaginative contribution to Narendra Modi’s electoral strategy also adds to the mystique of his complex personality.

However, it must be stated that he is, first and foremost, a loyalist of the Nehru dynasty and wouldn’t be caught dead in anything remotely resembling khaki shorts.

With that, we come to an end of this year’s list of awardees. ANDA awards are given after thorough research and deliberation and once handed over, cannot be returned under any circumstances.