A Dummies Guide To Litfests in India 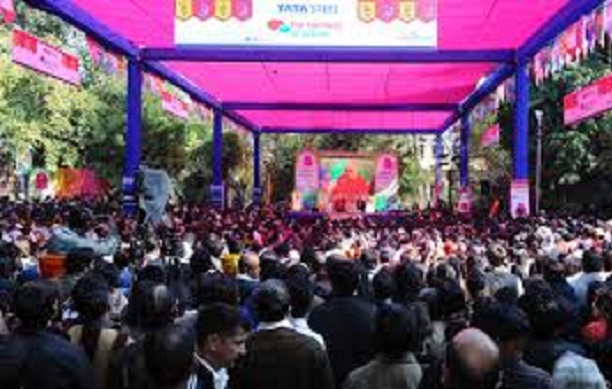 It is the winters. And it is the Litfest season. Ever since the Jaipur Literature Festival started in 2006 and gradually became famous, various organizations all over India have been replicating it across numerous cities.

As a result, we now have several Litfests. There were festivals like it earlier, but Jaipur really made it a trend. Apart from Jaipur, other cities which hold such festivals are Mumbai, Hyderabad, Kochi, Bangalore, Lucknow, Chandigarh, Kolkata, New Delhi etc. Even Indore had one in 2015. Most of these festivals are organized in or on the onset of winters.

Winters would look like a good season to organize an open air event but actually it is not. Winters in the north are brutal. January, the month when JLF is organized, is especially chilly. The best season to hold a public festival in the open in India would be spring, when it is neither cold, nor hot and it does not even rain. The fact that most of these litfests, even in the north, happen during the height of winter, tells us that their primary target audience are the westerners or the NRIs.

Besides the fact that their western audience feels comfortable in winters, it is the season when the ‘cultural tourists’ escape the harsh winters of the West and come down to India to see its ‘monuments of love’ in ‘tolerable weather’.

A four-hour ride on an eight-lane super highway leads them to their favoured tourist destination in India: Jaipur. It is already on the tourist circuit beginning from Delhi, going through Agra, Jaipur, Gwalior, Jhansi, Khajuraho and leading to Varanasi. Jaipur is a major attraction. If the cultural tourist can also get a ‘literary flavor’ of India alongside its ‘magnificent monuments’, it is all the better.

It is this elite cosmopolitan crowd of globe-trotting cultural tourists from the West, which leads the audience at these literature festivals. The foot soldiers who comprise this audience are mostly the alienated self-hating Indians who are more western than the West, the useful idiots who have imbibed the West’s theories on India hook, line and sinker. They meekly accept the western categorization of Indian civilization and culture.

Ever since the litfests became famous, a new criterion to judge true ‘intellectualism’ was established. It is simple. Everyone who gets an invite to these litfests is an intellectual. The rest are not. Like Prophetic Monotheism, the litfest gods divide the world of intellectuals and scholars between two clearly demarcated camps.

On one side are the intellectuals who are worthy of adorning the stages of these litfests. Being the pride of these festivals, they have passed the ultimate test of intellectualism. They are the good guys. They represent secularism, liberalism, humanism, internationalism, human rights and democracy, all in the right proportions. They love animals; they care about environment; they are ‘pro-poor’; and they ‘fight for justice’.

They are the Only True Intellectuals

In their eternal quest against evil, they fight against the bad guys: i.e., the scholars who do not get invited at these litfests; the scholars who dare defy the Only True Intellectualism. These bad guys are often dubbed as communalist, fascist, Hindu nationalist, xenophobic, Hindu reactionary, redundant, regressive and nationalist, by the Only True Intellectuals.

And the bad guys often do not have any say in this labeling which is solely the privilege of the good guys. The whole debate, including the topic, the questions, the anchors, the audience and the volunteers, is so skewed in the favor of the Only True Intellectuals that there is no chance any alternative opinion will have a lasting impact on the audience. The Only True Intellectuals are so correct that they do not at all entertain the possibility that an alternative point of view is possible at all.

Hence while these litfests are ruled by the left-liberals, anti-Hindus, anti-Indians and Islamophiles of the extreme order, one rarely finds a scholar on these platforms who has an alternative view of India and the world, a scholar who does not see India through the colonial western lens. Under a ‘Mughal Tent’ or a ‘Darbar Hall’ the Only True Intellectuals gather in a panel discussion on some ‘burning issue’ of extreme social importance like ‘suppression of freedom of expression in India’, or ‘intolerance under a right-of-centre government’, or the ‘problem of rape’. After half an hour of passionate moralizing they pass summary judgments on India’s history, culture and civilization.

The judgments declare India to be a land of barbarians, riddled with every kind of problem: corruption, communalism, gender discrimination, religious persecution, environmental pollution, malnourishment, child labor, xenophobia, male chauvinism, you name it. In fact, in a barbaric, intolerant country like India these Only True Intellectuals are the ‘islands of tolerance’, they are the only things which stand between civilization and chaos.

This litfest intellectual is not just an intellectual. He is a moral authority in himself. An enforcer of ethics. He knows exactly what is right in this world and what is wrong. Like a Prophet, he pronounces judgments on entire civilizations, cultures and peoples in self-righteous tones, smug in his self-assigned responsibility of saving the world.

The cosmopolitan crowd plays cheerleader to their declarations. The deracinated Indians feel lucky enough to be present in the hallowed company of so many foreign intellectuals. There is no question of any of them even so much as cast a doubting glance at them. All one can see in their eyes is fawning adoration.

The questions are managed and the ‘volunteers’ in charge of the mike are savvy in choosing the questioner, who is always a fawning devotee of an author on stage whose work he has never read. The ‘volunteers’ are rarely questioned. After all who would dare question the integrity of a Swedish volunteer, in a Chanderi saree, performing the hard task of passing mikes under the Mughal tent?

The Organizer of these litfests are gods in their own right. William Dalrymple is the Jehovah of the Jaipur Literature Festival. But he is more efficient in herding his flock.

Unlike Jehovah he does not fly in rages of temper. He is actually very soft spoken, with an easy demeanor, a smile always adorning his amicably rotund face. Neither does he send floods, famines or disease to destroy his opponents.

He has more efficient tools at his disposal. He punishes by exclusion. The heathens who deviate from the belief-system of Only True Intellectualism are appropriately punished by the angry but smiling god of the Jaipur Literature Festival.

Firmly standing on the Left, Dalrymple does not allow any other opinion in his festival. Anyone who is ever called a conservative, or a ‘rightist’, or nationalist is treated as an untouchable by him. No one dares stand at the right of this litfest God.

Even while someone like Richard Dawkins or Ayaan Hirsi Ali, who is critical of Islam (a religion most sanctimonious to the Only True Intellectuals) has to be invited, Dalrymple makes sure the debate is properly balanced with a Reza Aslan or a Sadakat Kadri. With one such ‘outsider’, at least ten discussions supporting the ‘correct’ views are held.

The topics, the debates, the speakers, the anchors, the audience and the volunteers are all so carefully managed that even while they give a semblance of neutrality and impartiality, it is the left-liberals who have a field day at Jaipur literature festival.

So while anti-Hindus and Hindu-baiters like Javed Akhtar, Kancha Illiah, Christophe Jaffrelot and Amartya Sen have a field day at JLF and other fests like it, one rarely finds scholars who present a positive image of Indian civilization and culture.

While Congress ministers like Jairam Ramesh and Shashi Tharoor are regular invitees at these festivals, one rarely finds the ministers of the BJP on their stage.

While only ‘dissidents’, ‘subalterns’ and ‘marginalized’ are invited when the country under focus is India, when it comes to Islamic countries like Bangladesh, only those who are un-critical of Islam are invited.

Hence at Goa Arts and Literature Festival 2015, in the section of “Country in Focus: Bangladesh” one does not find Taslima Nasreen at all, the greatest dissident ever to come out of Bangladesh.

Continuing in this trend, the Award Wapasi brigade has already adorned the invitee list for the JLF 2016 with names such as Ashok Vajpeyi, T M Krishna and Shobhaa De. But there is no representation from the hundreds of the intellectuals and scientists who opposed Award Wapasi.

Even the exceptions prove the rule. Richard Dawkins is invited, because the scientists have to be invited too and not many of them are fond of Islam and its extremist politics. Ayaan Hirsi Ali is invited because she is accepted in the hallowed company of Sam Harris, Richard Dawkins and Daniel Dennet, and because she has become accepted as an intellectual in the West.

Indians or Asians critical of Islam are a big no, however. Therefore, no Tarek Fateh or M. A. Khan. While Ashok Vajpeyi, a litterateur representing the Congress-communist eco-system in India is a permanent fixture of Jaipur Literature Festival, we rarely find true gems of Hindu poetry and literature like Neeraj. 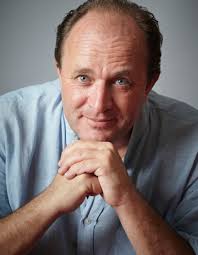 But a litfest god like William Dalrymple does not just play stick; he also has carrots in his bag. Some Only True Intellectuals whose names no one would ever know if not for these litfests are gathered around the left-liberal aura of William Dalrymple: like Chandrahas Chaudhary and Urvashi Butalia.

Their only claim to literary fame is some long forgotten book published by a ‘mainstream’ publisher. Being a fawning devotee of William Dalrymple ensures that their eminences are plopped at almost every session somewhere in the Jaipur Literature Festival.

Other litfests have similarly unsparing gods. Vikram Sampath, one of the founders of the Bangalore Literature Festival could not digest the whole Award Wapasi movement and the intolerance narrative. He made the ultimate sin of making his heretical views public. He committed treason from Only True Intellectualism. Like Lucifer, he was promptly thrown out of the litfest heaven.

For more than 65 years the Congress created a patron-privilege system in Indian academia and media which ensured that even while they were out of power, their ‘sleeper cells’ would be activated to further their cause.

The Congress did this by creating intellectual centers of power, in partnership with the communists. This created a Congress-communist eco-system in India which resists any alternative opinion, casting it in absolutely negative light. Award Wapasi and the intolerance narratives are the outcomes of the activation of this Congress-communist eco-system.

Mirroring this phenomenon in private and corporate-funded world of public intellectuals, the trend of litfests was started. Their goal is the same: to further the anti-Hindu, anti-Indian and pro-Islamic agenda. There are exceptions, but they are too few and too tiny to arrest the left-liberal sentiment against Indian culture which these litfests generate.

So there is no harm in attending these litfests, but one should keep in mind that they are sponsored; they are staged; they are managed and the people who control them, the Litfest Mafia of India, is not favorably disposed to Indian civilization.