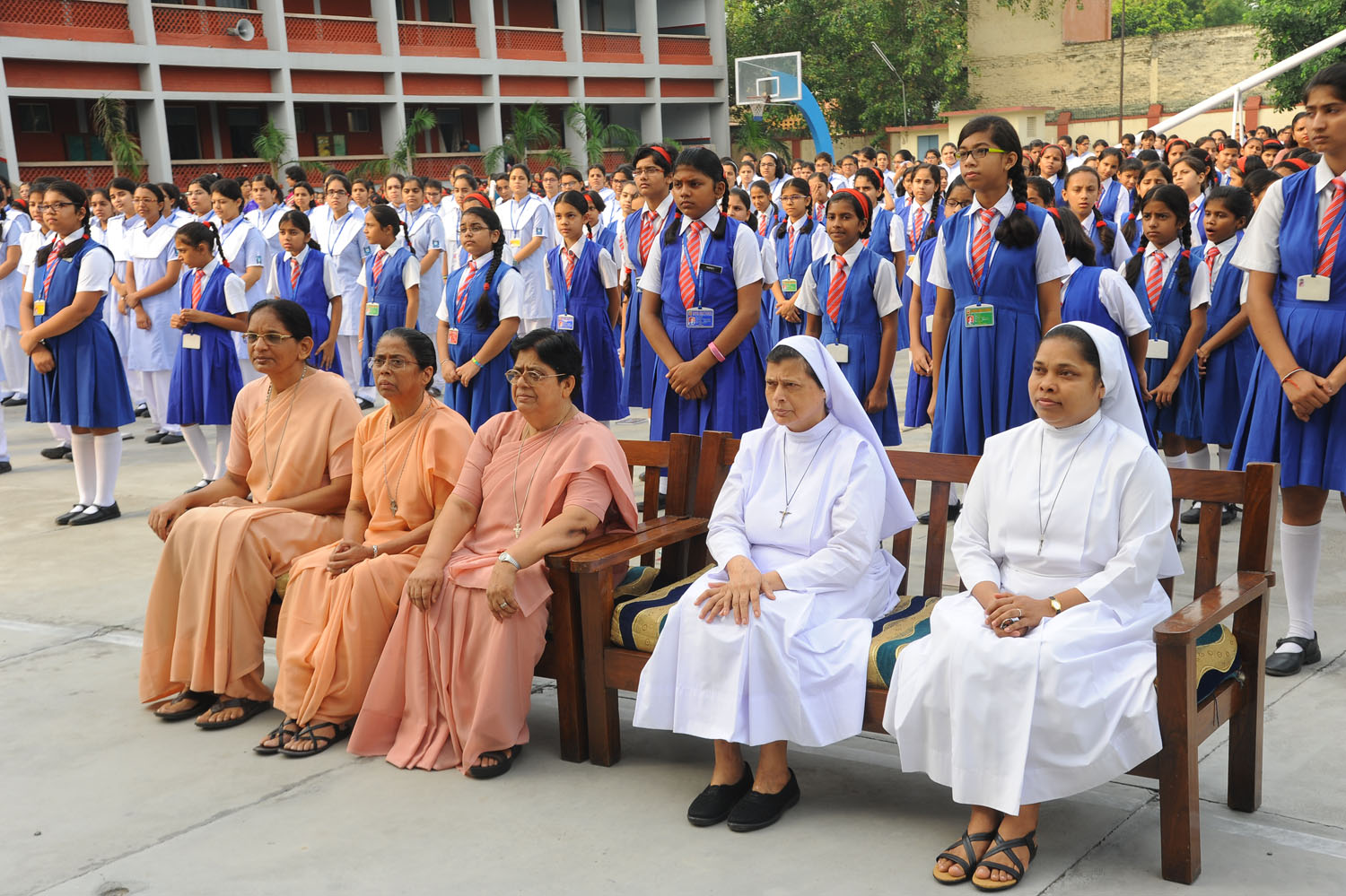 In a private letter dated 8 May 1813, Lord Macaulay, who played a major role in introducing English and western concepts to education in India had said: “I am very much pleased that the nation seems to take such interest in the introduction of Christianity into India.”

It seems as if Christian Missionaries in India have been diligently practicing what he had said over 200 years ago. Reason is an incident that happened in Uttar Pradesh recently.

There is a school in Meerut, Uttar Pradesh named Sophia School run by Sophia Society. As is clear from its name, it is a Christian school. This school is now allegedly transferring money to Christian missionary trusts, reasons for which they have no explanation.

As per the Society Act, funds cannot be transferred at will on ad-hoc manner. It has to be used only for expenses incurred by the school. But Sophia Society is diverting the funds for other purposes instead of using it for the school.

Registrars have now launched an inquiry. On suspicion that huge amounts have been transferred during 2015-2018, they have now ordered for submission of the balance sheets. Till date the school has not responded to the same. The registrar has also issued notices on April 23rd, May 2nd and May 19th, which has not been responded to by either the school or the Society.

Another important point to note – Sophia School is in India but the funds are being diverted to a foreign organization Mission Sisters which is registered abroad.

Mission Sisters, the biggest beneficiary has been evangelizing for many years now. That is their only purpose. They visit homes of the poor, provide Bible, conduct prayers for Jesus, and tell people “Jesus loves you”. This organization was founded by Bishop Fortunatus Henri Caumont of France in 1911.

What is the compulsion for Indian schools to fund this organization? It is a payback for those benefactor NGO who helped in establishing this school. These are the school that are Christianizing India as advocated by Macaulay.

A cursory visit to The Gospel Fund shows has they openly practise Christian evangelism.  Not only that, they are a major sponsor for conversions and fund various Christian evangelical organizations under the guise of spreading love of Jesus. Building Churches, distributing bible and other activities are also listed on this website.

A lot of such organizations have mushroomed in the country. The fundamental objective is the same – Make sure that students pray to Jesus Christ. Make them accept Christ and Christianity. This is their sole agenda.

You will see Western art, sculptures and structures even today if you visit any Christian schools. In Mysore, there are some schools where the prayers are Christian and attendance is mandatory for all students. They lose attendance for the day in case they fail to attend the assembly.

Hindu owned schools, recruit Christian and Muslim teachers. But Christian schools even today have over 99% Christian teachers. No one raises a voice against this anomaly.

There has been an instance in a well-established Christian school in Bengaluru where Hindu students have been refused permission to appear for Class 10 examination or or the students have been failed by giving low marks. This school has its own rules when other schools have common ones. A Christian boy can wear a rosary with cross to the school, but they publicly remove the Rudraksha or Spatika chains that a Hindu boy wears. They also shame the student saying it is superstition.

As if it is not enough, most schools have moral science as a subject. Generally it is held during the last period or once a week. This is apparently meant to instill values like respecting elders, how you interact with them, how we should be pure, how to inculcate good habits to develop, educate them on pitfalls of bad habits and behavior. But in Christian schools, moral science is merely a platform for criticism of Hindu beliefs and practices. Worshipping many Gods are peddled as bad. Jesus was born to save mankind. Finally in the name of prayer for peace, they sing a Christian prayer to conclude.

Apart from repeated bombardment of Christian culture on the students, they keep preaching Christianity at every stage. Even today, many Christian schools in the rural areas indulge in conversion of students. In the urban centers it is done discretely by running down Hindu beliefs and rituals to say Christianity is superior.

Rewind to a few years back, in 2014 two girls were insulted and punished by authorities of Mary Immaculate School for celebrating Holi outside the school. They did not allow them to attend classes and refused entry to school. Unable to withstand this insult Priyanka and Sonali Gupta committed suicide by jumping into Sankey Tank.

No one has a problem if they propagate their religion. Not even Constitution bars that. But it is problematic when they glorify Jesus while condemning and debasing Hindu Gods.

It is to sow among students the thoughts that Jesus is supreme that these NGOs fund such institutions. And in case schools have surplus funds, they also divert it to such NGOs.

This appears to be the motive behind Sophia School transferring funds to various missionaries.