Attention Ajaz Ashraf: your “Hindu” guide doesn’t quite cut it 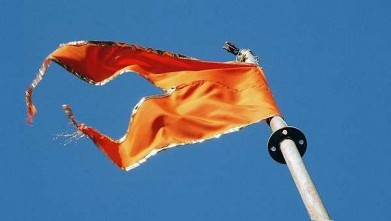 The article titled Attention Bhagwat, Swaraj et al: Here’s a guide to your favourite word ‘Hindu’(dated 26 August 2014) which appeared on Firstpost, was supposed to counter the recent statements made by Mohan Bhagwat,head of the RSSplus BJP leaders Sushma Swaraj and Venkaiah Naidu that India is a Hindu nation.

But it appears that what was supposed to be a counter is instead a long opinionated piece riddled with blatant factual errors among other things. We can begin with the first:

Thus, colonial historiography tended to make Hindus, as also Muslims, self-conscious of their religious identity, particularly from the eighteenth century onwards. Countering the incipient homogenisation were other tendencies. For instance, regional and linguistic histories were being discovered, on the basis of which communities were imagined and created.

As far as Hindus and Muslims being ‘self-conscious of each other’s identity’, the said identity was well-established long before the arrival of the British colonialists. One can just go through historical chronicles which described the administration of the pre-British Islamic rulers. Among others, the following points should point out the extent to which Hindus and Muslims were conscious about their own distinctive identity:

1. One of the most notable policies of all Muslim rulers in India was the collection of the tax known as Jizya, from non-Muslim subjects, which in almost all cases were Hindus. The adverse effect this tax had on the subjects can be understood by this statement of Fernand Braudel, the French historian:

“The levies it had to pay were so crushing that one catastrophic harvest was enough to unleash famines and epidemics capable of killing a million people at a time. Appalling poverty was the constant counterpart of the conquerors’ opulence.”

2. During Akbar’s reign, Hussein Khan, the Governor of Lahore, ordered Hindus ‘to stick patches on their shoulders so no Muslim could be put to the indignity of showing them honor by mistake.’

3. Equally, this notable quotation from one of Aurangzeb’s chroniclers is worth quoting at some length:

“On Thursday, the Cherisher of Faith (Aurangzeb) learnt that in the provinces of Tatta, Multan, and especially Banaras, the Brahman misbelievers would teach their false books in their established schools and misguide men. His Majesty, eager to establish Islam, issued orders to the governors of all the provinces to demolish the schools and temples of the infidels and with the utmost rush put down the teaching and the public practice of the religion of the misbelievers.”

So it is a well-attested fact that Hindus and Muslims were already distinct communities before the British arrived. Ajaz Ashraf does not provide any evidence to corroborate his statement that ‘regional and linguistic histories were being discovered, on the basis of which communities were imagined and created.’This sort of assertion without evidence, as we have seen, is practiced form of Leftist scholarly ruse.

Linked to this was also the impact of the theory of a catastrophic Aryan invasion that was said to have led to the subjugation of indigenous people, introduction of the Indio-Aryan language, and emergence of the Vedic culture. This theory has been discredited now. Most believe the Aryans, identified now on linguistic, not racial, basis, came into India through the gradual process of osmosis.

Nevertheless, to the self-conscious Hindus, the theory of Aryan posited a challenge. It tacitly portrayed the Sanskrit speaking Brahmins and other upper castes as outsiders who conquered the indigenous population and imposed on them the status of lower castes. This dichotomy social reformer Jyotiba Phule, among others, wrote on and popularised. In fact, the discovery of the cities of the Indus Valley civilisation in the 1920s prompted attempts to push back the coming in of Aryans into India to even a later date. Thus the Aryan ‘invasion’ theory was rejected to ensure the upper castes were not labelled as outsiders, their Sanskrit language not considered an import.

It is difficult to understand why the author would even bring up a discredited theory to make his point. As things stand, no scholar, not even the star of Indian Marxist history writing Romila Thapar subscribes to the Aryan Invasion Theory. It is clear that Ajaz’s fanciful description of the AIT positing “a challenge” to Hindus is a near-direct lift from the Romila Thapar school of Indian history. As far as Mahatma Phule is concerned, this is what his prodigy Dr. Ambedkar had to say about the Aryan Invasion Theory:

Enough has been said to show how leaky is the Aryan theory expounded by western scholars….. Yet, the theory has such a hold on the people that what has been said against it may mean no more than scotching it. Like the snake, it must be killed…..In the face of the discovery of new facts, the theory can no longer stand and must be thrown on the scrap heap.

Next, Ajaz claims that in response to the AIT, a school of thought emerged that considered that

Indians were indigenous whose fatherland and holy land were the same. Thus, the determinant of who is an alien and who isn’t became religion, not caste. Muslims and Christians were, therefore, deemed the outsider.

In the vast and ancient history of India, there is no credible evidence to prove that caste was ever considered a criterion for nationality. If Ajaz ever followed the nationalist discourse, one of the first things he would have discovered was the fact that nationalists lavish praises on two outstanding emperors neither of whom belonged to the much-derided upper-caste: Chandragupta Maurya and Shivaji. All nationalists identify Chandragupta Maurya as the one who united ‘Bharatvarsha’ while Shivaji is hailed as the ‘saviour of Hindus’ from Mughal tyranny.

And as far as ‘Indians were indigenous whose fatherland and holy land were the same’ goes, this claim was not a creation to play politics but is derived from this verse of Vishnu Purana:

ASINDHU SINDH PARNYANTAYSMA BHARATA BHUMIKA, PRITIBHUH PUNYABHOOSHRAIVA SA VAI HINDURITISMRITAH (For those who accept the vast land between river Sindhu and Hind Mahasagar called Bharat as their fatherland and holy land, are Hindus.)

And then on expected lines, the author cites Romila Thapar who made this assertion:

The term ‘Hindu’ was not in use in the early first millennium AD, and those who were supporters of what today we call ‘Hindu’ sects used their sectarian labels to identify their religion. Therefore they identified themselves by the broader labels of Vaishnava and Shaiva.

This assertion can be best rebutted by the following quotation, from the 1995 Supreme Court judgement on Hindutva:

Unlike other religions in the world, the Hindu religion does not claim any one prophet, it does not worship any one God, it does not subscribe to any one dogma, it does not believe in any one philosophic concept, it does not follow any one set of religious rites or performances, in fact, it does not appear to satisfy the narrow traditional features of any religion or creed. It may broadly be described as a way of life and nothing more….

And then, towards the end, Ajaz Ashraf raises this question:

To open Ajaz’s eyes to reality, to best answer this rather offhand remark: it is not the Hindus who “go around screaming it (sic)”, it is the Marxist-secular-liberal commentariat (who have cunninglycast the religious and cultural togetherinto one basket) who scream ‘wolf’ whenever the ‘H’ word is uttered.  The author must remember the outrage secular media displayed when a Christian leader in Goa proudly statedthat:

The leader in question was forced to apologize in the end thanks to enormous pressure from the powerful Christian lobby. All this for stating the truth about his—and almost every Indian Christian’s roots.

Ajaz Ashraf should realize that those who call themselves secular in India are completely disconnected from an Indian understanding of things, including their own identity. As a result, any statement espousing national integration and cultural unity from an Indic perspective makes them scream murder.

And for those secularists who want “modern” (a term that really has no definition in the context of India) India to be tolerant and inclusive, they need to read R. C. Majumdar who stated in the introduction of the ‘The History and Culture of the Indian People’, that it was ’pre-Islamic India that laid the philosophical bedrock for the syncretic, composite culture that India has been able to build.’

Contrary to Ajaz Ashraf’s error-filled fulminations, it actually makes sense for nationalists of every hue to “scream” the ‘H’ word at every occasion. The alternative is cultural rootlessness.