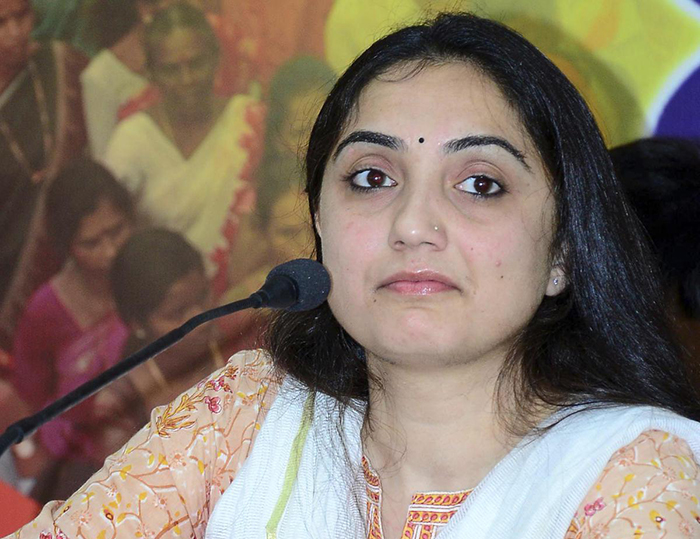 In this fragile, flippant world of tech-driven social media where bots can turn one into a top influencer overnight and tapes can be doctored to create imaginative narratives, a woman lawyer and a political party’s spokesperson’s comments defending her religion were twisted to fit into a cunningly strategized hate propaganda that has riled up Islamists the world-over and who are now up in arms — as always — baying for her blood, threatening her of rape and beheading!

This while we are in the 21st century! We can say that this is unreformed medievalism that begets modern extremism…

And this too while what Nupur Sharma said has been already said by Muslim “scholars” on numerous occasions and is nothing but the truth, albeit said in a different manner under different circumstances.

The origin of this “issue” about the Prophet and his ways and his wives was the mocking of a centuries-old Shivling found inside the Gyanvapi mosque in Varanasi, which has been crudely dismissed by provocateurs on the “other side” as a “fountain”: after all, whatever “idol worshippers” do can be demonized or despised… so, who cares about respecting the religious sentiments and beliefs of Hindus, and the facts of Hindu religious matters? And, again all of this while the courts are yet to determine how far the claims of the Hindu petitioners are valid, and amid the alleged threats to the life of the judge who sought the filming of the inside of the mosque to judge for himself the validity of the claims of the Hindu petitioners.

We need not look far or very deep to understand the bloodlust of those inspired by a violent ideology and whose assertions for and about peace and respect are always at the point of a sword.  The Charlie Hebdo shooting attack is proof enough of the extent to which Islamists will go to punish “kafirs” for “blasphemy”, or for any imagined insult to their religion or their prophet, or any concocted claims to others’ lands, women, and the “wealth” in temples. The ugly, violent, vulgar, strategically orchestrated reaction to Sharma’s comments should not, therefore, come as a surprise given the track record of this “peaceful” tribe which is systematically tilting population demographics the world over.

Immediate reactions pouring in from Islamic countries coupled with massive stone-pelting, arson, and violent protests after Friday prayers in cities across India screams of well-planned, concerted efforts to fan the communal fire to destabilize the BJP government, and tarnish India’s image on the world stage, labeling India as an Islamophobic nation. How can a country, dismembered based on the demands of Muslims, and still having the third-largest number of Muslims of any country be an Islamophobic country? Well, just follow the ugly strategizing by the OIC and you can see how the member states pursue their global Islamic agenda.

The number of articles already penned by Islamists, masquerading as secular internationalists, shrewdly falsifying reality also goes to show how well placed these men and women are in international media, academe, and policy circles.

The broadcast media too is equally responsible for adding fuel to this hatred — with multiple channels hosting noisy and shrill debates inviting “scholars” and “experts” who have gone to the extent of fist fights.

Amid this melee where does a proud Hindu stand – a Hindu who has been subjugated and laughed at in his own country for following his Sanatana Dharma? What does he do when he is mocked for worshipping deities in centuries-old temples, shamed for playing with Holi colors, and for bursting firecrackers to celebrate the win of good over evil? How does he respond when karsevaks are burnt alive for staking their claim on that which was always theirs?

Seventy-five years after independence and existence as a democratic country with a history of thousands of years of adhering to Sanatana Dharma, we are still a country where the hatred of Hindus and Hinduism goes unchecked, Hindu voices are drowned out, and Hindu lives are perpetually in danger from Islamist supremacists — in India and across the world who harbor the dream of “Ghazwa-e-Hind”, who terrorize our brethren in Kashmir, abduct and convert our girls, make loud and public rape threats, and issue fatwas for beheading — and yet get away because we are a “secular” country with “minorities” to be “protected”.

How does a Sanatani Hindu, forever targeted, defend his religion, defend attacks on his Gods and Goddesses while remaining civil and law-abiding — although the same can neither be expected nor is forthcoming from the other side?

How does a peaceful, tolerant religion deal with Islamists who speak no other language than violence?

Today it’s Nupur Sharma, and tomorrow it can be anyone else. Is secularism therefore a one-way street that only Hindus have to tread? Why were our liberals silent when MF Hussain drew nude pictures of our Goddesses and why are they silent now when the sacred Shiva lingam is ridiculed? Why are Hindus – in one of the only two majority Hindu countries in the world — afraid of defending their beliefs, their lives, their very existence? What is the present administration, which has been demonized as a “Hindu nationalist” administration, doing to ensure the safety, security, and wellbeing of Hindus? We are being threatened by malicious forces, as we have been for nearly two millennia, and we cannot now let them continue to practice their deadly ways. Push back we must, stand up we should, and educate the world we better.