Charlie Hebdo or the Nuanced intolerance of our liberals 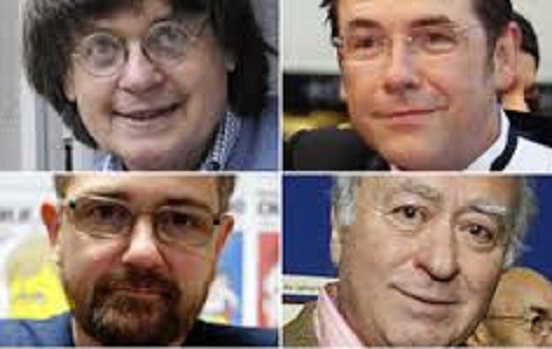 Following the despicable murders of the cartoonists and staff at the Charlie Hebdo magazine in Paris, many Indians have taken to the print, electronic and cyber media to show solidarity with Charlie Hebdo. But some so-called diligent liberals of our country have decided to take a more balanced or in their favourite phraseology, ‘nuanced’ view. While condemning the killings, these individuals have subtly put forth the suggestion that Charlie Hebdo should have been responsive towards the delicate feelings of Muslims. Indeed, such ‘nuanced’ suggestions were also heard during the early 1990s when the lives of both Taslima Nasreen and Salman Rushdie were threatened by the followers of this same violent ideology of radical Islam.

These liberals may think they are doing the Muslims—specifically the so-called moderates—a favour but in reality they are helping them getting marginalised. They are accepting in a subtle manner that the Islamic community worldwide cannot handle humour. It is another thing if the cartoons drawn in Charlie Hebdo are suitable for all but that is not the issue of discussion.

[pullquote]Our liberals have a habit of creating phony parallels to change the tone of the debate whenever free speech is the issue. [/pullquote]

So a statement like this from TK Arun’s article in the Economic Times is not of relevance:

Charlie Hebdo’s cartoons were reprehensible. Not just because they were in bad taste but primarily because they violated the essence of a cartoon. A cartoon questions and ridicules authority.

As far as I have learned, a cartoon frequently brings nonsensical and often hilarious situations to the forefront. It is in my cases meant to bring out a reaction which need not be that of joy; sometimes it is even indignation. But there is no compulsion for a cartoon to always rebel against authority. Anyhow it must be noted that the discussion is not whether the cartoons were good or pathetic, but whether the accusations of the murderers were genuine.

The ET piece also states that ‘Cartoonists who pander to majoritarian passions of xenophobia against a subaltern minority misuse their freedom of expression.’ Most the media outlets have reported that Charlie Hebdo is a Left-wing magazine that assertively derides Christianity, Judaism and French politicians. So can they also be called treacherous citizens following an anti-national propaganda? Not in the least. On the contrary, they are constitutionally permitted to bring onto paper their thoughts however crass they may be. We are often told that the French polity internalised the teachings of Voltaire, Rousseau and Tocqueville and it can be said that their understanding of free speech is broader and more nuanced (yes) than ours.

[pullquote]It must be noted that the discussion is not whether the cartoons were good or pathetic, but whether the accusations of the murderers were genuine.[/pullquote]

So what should they do now? Should they now adjust their views to appease the devotees of radical Islam? Isn’t Europe known to also allow demonstrations by the same jihadis against Western values? One can just tune into DW [Deutsche Welles] or the BBC to see jihadis like Anjem Chowdhury utter rancorous statements against European polity in public places while being protected, in TK Arun’s words, by the same majoritarian police.  And yet we see these kinds of tweets floating around:

Charlie Hebdo the Left-wing magazine has gone out of its way to caricature political and religious figures of all colours and hues. And so it is not just the brave Muslim cop who put his life on the line to protect the cartoonists’ freedom, even the religious Catholic or Jewish cop will do and have done the same. We cannot forget that in 1990s, the British Conservative government under Margaret Thatcher gave Salman Rushdie round-the-clock police protection when his life was threatened even though the author had used uncharitable words against her in his writings. Because that is what defending freedom of expression stands for.

Going by the logic of the ET article, the Indian cartoonists whose works at times poke harmless fun towards the Punjabi or Marwari community are also racist. In many Hindi films we see the usual stereotype of a Sardar being naive, or a Marwari being a sly businessman—should these communities file defamation suits against the filmmakers?   If that is the case, then why were these liberals up in arms when the Aamir Khan starrer PK was accused of being Hinduphobic?  Personally I’m not in favour of a nation-wide ban on PK but can any of these liberals point out one instance where the protestors have called for the execution of the actors and staff of PK?

When a friend of mine claimed how I’m being two-faced by not condemning the Hindu goons who did not allow Deepa Mehta’s Water to be shot in India, I replied that although their act was condemnable, did those goons make John Abraham’s life a living nightmare (John Abraham was one of the lead stars in the Deepa Mehta film)? Isn’t he one of the popular stars in Hindi cinema even today? Did he spend years in hiding like Rushdie?

It is well-known fact that the standard range of tolerance for liberals varies as seen clearly when they are ‘nuanced’ about the Paris attacks but exhaust their lungs when perfect legal procedures are followed to deal with the misleading and insulting books of Wendy Doniger. Our liberals have a habit of creating phony parallels to change the tone of the debate whenever free speech is the issue. They also craftily ignore how the decades-old liberal Nehruvian establishment is guilty of institutionalising intolerance, the greatest example of which was seen in the late 1980s when we became the first country to ban Satanic Verses.

[pullquote]The British Conservative government under Margaret Thatcher gave Salman Rushdie round-the-clock police protection when his life was threatened even though the author had used uncharitable words against her in his writings. [/pullquote]

But at times, when it comes to being thin-skinned, then yes, the Hindu community also has its share of angry birds but in no way can they be compared to the devoted jihadis who have been defended by our liberals multiple times. I myself believe that these controversies should be dealt with in an academic manner without involving guns and courts. But in India, the responsibility of being reasonable is expected only from one community while others are free to shoot and scoot.

I think our liberals need to follow these words of American satirist Bill Maher, ‘balancing for balancing’s sake, is absolute ****.’