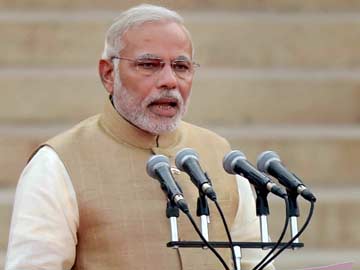 Unless you are living on another planet you have all probably heard, read, watched most of the news and analyses there is about the recent bold step introduced by the Government of India led by Prime Minister Modi. Yes, I am speaking of the demonetisation of the large currency notes (of the denomination of 500 and 1000). A lot has been said, written, analysed, re-analysed, criticized, doubted and questioned about this momentous decision and the way of its execution. Nothing new can be said there.

But I wish to bring to your attention just one thing, something, I, as an ordinary citizen, believe to be the most under-appreciated and perhaps the most remarkable aspect of the way this decision was presented to the nation. And that one thing was said clearly and powerfully in the Prime Minister’s address to the nation on November 8, 2016. By speaking of that one thing, he once again demonstrated how a well-intentioned leader can raise the bar of political discourse. And also do much more.

In a democracy, most astute leaders and politicians when speaking of citizen participation and citizen responsibility, speak of it as a moral-ethical ideal. Of course, in India there are still many politicians who hardly ever speak of such a thing because they continue to follow the old ‘royalty’ model, in which the ‘rulers’ rule over the ‘ruled’, and in which the rulers from time to time handout doles and such things to keep their voter base satisfied, for at least some time, that is until the next election cycle.

But those who do speak of the ways an ordinary citizen can contribute to the work of nation-building, they invoke the ideal of citizen participation as a fundamental basis of a good democratic system. They try to speak to that part of the listener’s mind which is moved to action (even if it just means lending support and approval) by the moral-ethical notion of doing the right thing. Fair enough.

What Prime Minister Modi was able to do – at least in my opinion – through his address to the nation on November 8 was something of an entirely different nature. He invoked the sacred dimension of citizen participation in the work of nation-building by appealing to something deeper in a listener’s heart. That’s how at least I heard that part of the speech.

These stories were not of sacrifices made by soldiers fighting terrorists on the border. Or of police personnel losing life and limb while chasing the criminals, or of even millions of middle class and upper class Indians giving up LPG subsidy. These were stories of people who gave up something voluntarily, even if it meant some personal inconvenience, because they believed that by giving it up they will be adding their support, their contribution to the larger work of nation-building.

The Prime Minister appealed to the citizens to make an āhuti (offering) into the yagna (sacrificial ritual) of India’s ongoing fight against terrorism, corruption, black money and fake currency. The inconvenience people may have to bear for sometime is that āhuti, that sacred offering, that sacred work that must be done by the citizen, by one who wishes to see and work toward a better India.

This sacred dimension makes all the difference in the way we look at our work. It can be any work, our daily work – personal or professional, work as a social being, work as a nation’s citizen, any work at all. When we invoke the sacred in our work, we raise it to a whole other dimension, add a whole other, a higher meaning and purpose to it. The vibration of the being engaged in such a work – physical, mental or any work involving any part of our being – is of a different quality. The person doing the work can become conscious and aware of this subtle qualitative difference, and so can the one with whom or for whom the work is being done.

The subtle difference created by invoking the sacred dimension of all our work brings the necessary peace to the mind which would otherwise keep bringing up all kinds of doubts or questions such as – why do I have to do this work? what will be its outcome anyway? what difference will it make for anyone? what’s in there for me? why can’t I do it some other time? why go through all this trouble? what shortcut can I take to finish it fast? what if I skip this part of the task and get it done earlier? why should I be inconvenienced? what and how can I manipulate so that I don’t have to go through all this trouble? why can’t someone else do it? what is really the need for doing it? etc etc. This (and more) is what the Bhagavad Gita says, is work of tamasic quality.

By invoking the sacred-ness of any inconvenience some citizens may have to go through for a short while as things get stabilized in a few days’ time with the supply of new currency notes in circulation, Prime Minister Modi did two things. First, he once again raised the bar of the political discourse (something he has successfully done many a times through his speeches on various occasions, I wrote about one particular example here). Second, and more importantly, he also raised the level of citizen role and responsibility several notches above the way we typically are used to seeing.

This is what makes all the difference in leadership, I think. Leaders not only inspire and encourage the people to do their best — that is important no doubt, but that is not all. A good leader also inspires each individual in the mass of people to get in touch with that which is highest, the most sacred, in himself or herself and then act from there.

It is very easy for a cynical mind to pooh-pooh all this talk of sacrifice and offering, and see it all as merely a wordsmithery of an orator, or worse, the usual rhetoric of a clever politician. But that is a choice of analysis made by such a cynical mind. I, on the other hand, choose to see it differently. I see it as a reminder to invoke the sacred in whatever little contribution the humblest and the most ordinary citizen can make toward the larger work of nation-building. I see it as a reminder to see that the sacred is not separate from the secular, and that by ignoring the sacred dimension of our citizen participation we only end up going deeper into the shallowness of frustration, cynicism, hypocrisy and snobbery. The choice, as always, is ours.

I close with these words of Sri Aurobindo, from a speech he delivered in January 1908 during his active revolutionary days.

“Nations do not prosper without self-sacrifice…. The self-respect of the nation is our religion, self-sacrifice is our only action or duty. We ought to give proper scope for the divine qualities in us to shine forth. Trifling emotions ought to be given up.” (Sri Aurobindo, speech delivered on 31st January, 1908)