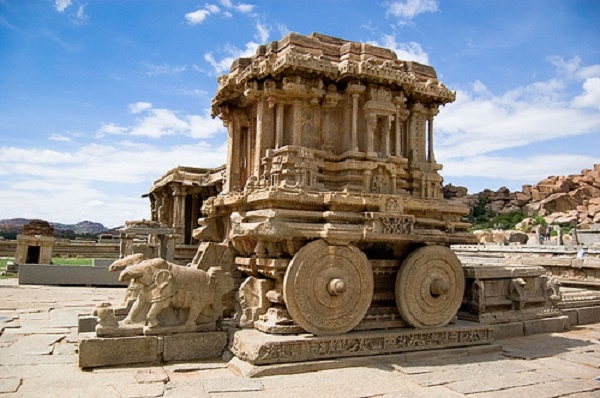 History is often called the new battlefield. It figures prominently in online columns and on television debates. Of late, there have been great observations by Dr. David Frawley and Sandeep Balakrishna  in their articles.  This essay attempts to build on those lines with a focus on the role of textbooks.

The issue of re-writing textbooks is not new but most fiercely fought one in this so-called battle. It’s seen as a matter of gaining control and shaping a particular narrative. But there is a general agreement that the textbooks need to be presented within an Indian context.

The well-known Aryan invasion theory has now mutated into Aryan migration theory and this too has been questioned and disproved using various  methods.  It has always been at the center of controversies surrounding history. 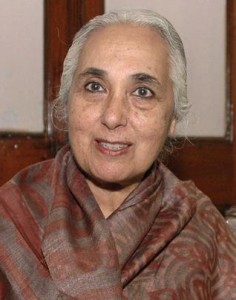 India’s most famous Marxist historian Prof. Romila Thapar recently questioned if the word ‘Aryan’ matters anymore! While I respect her scholarship, one can’t say that the word does not matter anymore. Because it has brainwashed the people of India for generations and is considered the gospel-truth.

I remember vividly a social studies lesson which talked about ‘Aryans’ – the outsiders who invaded India and established their culture over natives and Dravidians. This was in 3rd grade and half the class was barely 8 at that time. It did feel like a huge statement. Looking back, one would wonder what the rationale was behind introducing such a subjective and complex topic to kids at such an impressionable age while in higher grades, we had events that can be termed as ‘recorded history’ and not ‘theories’ like the Indian National Movement, French revolution etc.

It can be said that for many kids in that generation, the only source of history lessons would be textbooks. Not many took history beyond 10th grade and fewer took history at undergraduate level as it was only one of the many options out there. In this backdrop, one can see the importance of history textbooks as they clearly shaped the thinking about the past and how we see ourselves.

People have been arguing for and against using history to create a sense of pride in a nation. But it has always been used to do so. This is seen in folk arts too which were used to tell the stories of great deeds of warriors, saints and inspire people. The problem is when facts are suppressed or selectively used to shape a specific narrative.

History textbooks in schools had voluminous chapters devoted to English, French, American and Russian revolutions because they resulted in democracy. Boston Tea Party, Treaty of Versailles and Bolsheviks are presented in great level of detail.

The Delhi Sultanate too is discussed in detail as part of Indian history even if some of the rulers did not rule significant parts of North India. But the fact that Rudramadevi, daughter of Ganapatideva of Kakatiya dynasty was crowned as co-regent at the age of 14 and had a long reign of more than 25 years is hardly mentioned since it’s dubbed as regional history.

When science and technology have caught the imagination of many in the past century and are called great equalizers, do Indian kids know the important discoveries in math and science that originated from India?

We earlier read the current numerals as ‘Arabic numerals’ which were later called ‘Indo-Arabic’ or even ‘Hindu-Arabic’ numerals. Another famous case is that of the oft-quoted Pythagoras Theorem. Many generations grew up not knowing that Baudhayana from India and others from China and Babylon discovered this theorem much before Pythagoras and some even proved it.1,2 Maybe this can’t be publicized enough because it was part of ‘Sulba Sutras’, that deal with geometry used in Vedic sacrifices and anything Vedic is a matter of religion.

The lines between science, religion and spirituality were mostly blurred in ancient India. The clear separation of those was a purely Western concept which is now being challenged by theoretical physics.

There surely is an element of pride in knowing that this Pythagoras theorem evolved independently in India or that scientists from India gave solution to the general quadratic equation. And knowledge of events of this kind can definitely motivate students to develop a scientific temper and take up research in pure sciences.

Canadian-born winner of Fields medal, Prof. Manjul Bhargava said on many occasions that Sanskrit poetry and mathematics of Brahmagupta taught by his grandfather who was a Sanskrit scholar was an important factor in developing his interest in mathematics. 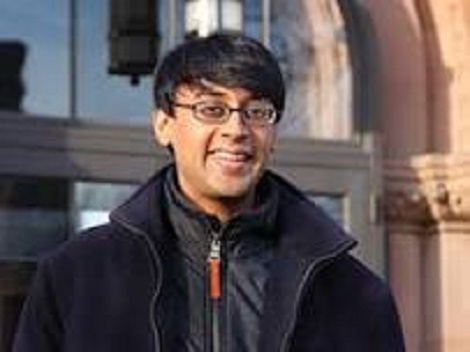 With a British model of studying history coupled with leftist ideologues at the helm, few generations of Indians ended up with low self-esteem. There are so many untold facts about our achievements in physics, metallurgy, math and Ayurveda that are ought to be taught in schools and merit further research.

A Vedic scholar who specializes in Mimamsa was speaking on ‘Science in Vedas’ at an event organized by TTD (managing board of Sri Balaji temple).  He said that an iron ball (Ayo-gola) dropped in boiling water releases iron and the water has special medical benefits. And that this is why when seasoning is added to Rasam in south India, it’s not just transferred but the hot iron ladle is completely immersed into the liquid. I later read that this concept is used in Ayurveda. 3

Ayurveda has never been given its due but fares better compared to other streams of knowledge due to collaborative research. When we were kids, anyone suffering from jaundice would be taken to the nearest Ayurvedic physicians as Allopathy offered no treatment. After a decade or so, patients would only mostly go to Allopathic physicians but they were prescribed ‘Hepatinic’ a proprietary Ayurvedic medicine packaged in a regular tablet strip (FDA approved). That surely is some progress4.  Still Ayurveda doesn’t find a big mention in the ‘history of science’ section.

Post-graduate programs in the history of mathematics and history of science are offered in USA but in India the lines are thickly drawn when it comes to multi-disciplinary degrees. Students of history can only study anthropology and sociology but can’t study human genetics or linguistics even if relevant. Well that kind of variety just doesn’t exist.

The television debates on these topics can be very amusing. The anchors in mainstream media with all their biases intact, somehow brush aside credible statements from men of science with a ‘but’ and keep highlighting some sporadic instances of terrible mix-ups.

A politician acknowledged that we need to revisit history and carefully avoided anything connected to Vedas or Ayurveda and talked about just medicinal plants! There sure is a whole body of knowledge from tribal cultures that needs to be taught. But such debates make us realize how some topics are untouchables in the name of ‘saffronization’.

It’s appalling that at a time when we argue about revisiting history to develop pride and motivation, these arguments are greatly stifled by some extremists who use it for politics, jingoism and false sense of pride. They believe that everything we ought to know is in Ramayana, Mahabharata and other ancient texts and make attempts to thrust those as history.

Shatavadhani Dr. Ganesh, a great scholar in Sanskrit, Kannada and Telugu and himself a man of science said that he has only sympathy for people trying to prove that every single event in the epics did happen. They are mythology and were written mainly to spread the teachings of Vedas to common man.

The answer to the lack of knowledge of our achievements in the past is definitely not the kind of experiments we see in textbooks and other books of Haryana and Gujarat. When parts of Ramayana and Mahabharata are prescribed in textbooks they should be presented only as epics.

Only when there is historical evidence of a particular mention should that move to the side of history. All this jingoistic push does is that it makes our current cream of historians and mainstream media hyperventilate at the very mention of Vedas or ancient texts. And in that process, trivializes this whole issue that merits a concerted scientific approach.

This is a quote attributed to the great Kalidasa and can be loosely translated as:

Just because it’s old everything is not correct

Only fools depend on others’ intellect to judge things

The so-called Right needs to know this and there is the other side that believes ‘purANamityeva asAdhu sarvam’ just because its old everything is incorrect. Credible achievements are drowned somewhere in the middle.

History has dark and bright sides. It can hurt and it can inspire. But at the end, it can only make our understanding better and move ahead with wisdom.

While it will take time for history textbooks to showcase past achievements given the present bias, there is need for books for kids in the non-textbook genre that present verified facts. Something along the lines of ‘Makers of Indian Literature’ series by Sahitya Akademi may help. In this internet era, kids shouldn’t wait for generations like we did to know more about Brahmagupta, Sridharacharya, ‘Hemachandra numbers’  and Baudhayana.

Indian Culture & History: Whose Narrative Should It Be- 2