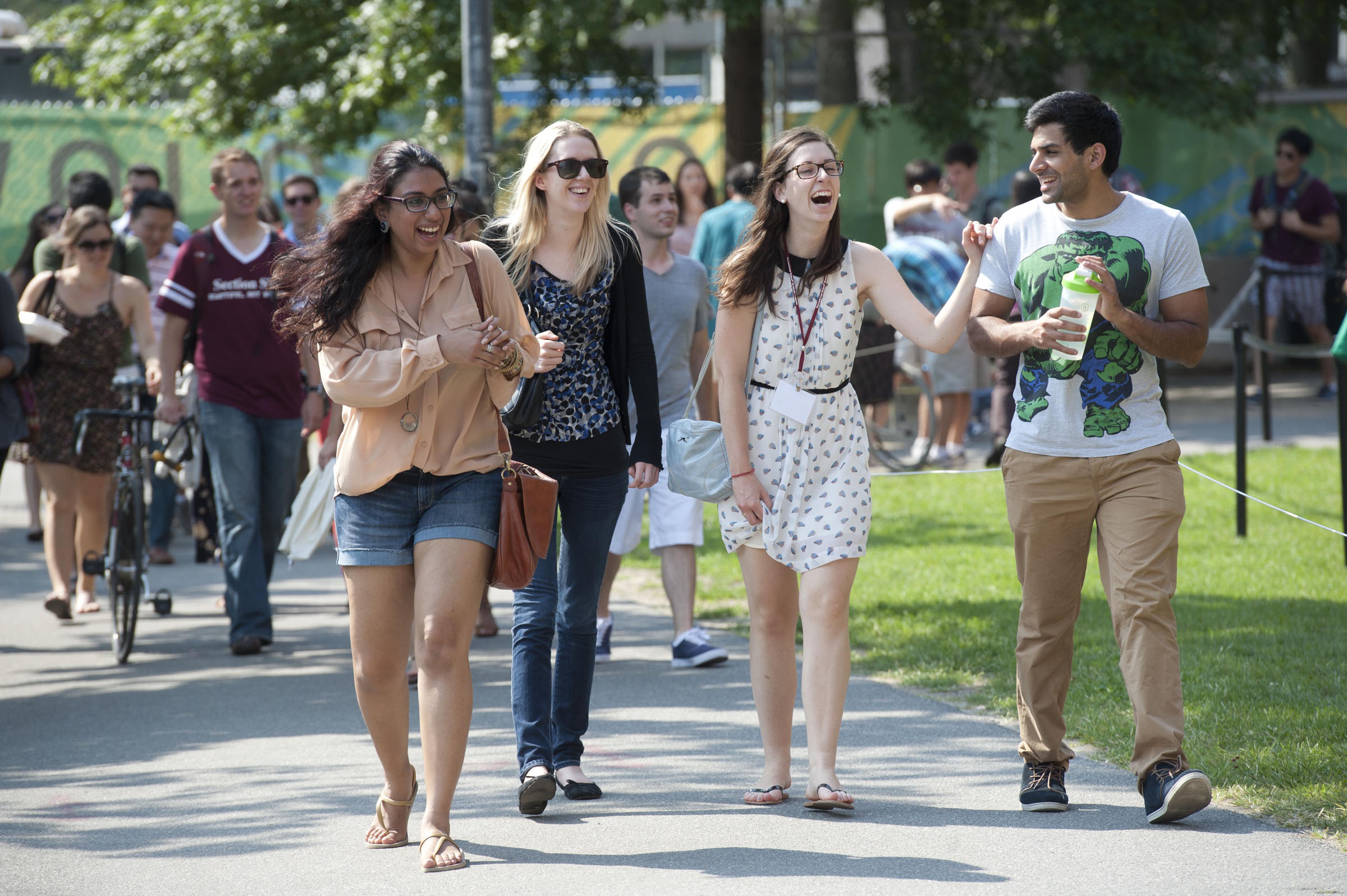 Narendra Modi’s somehow well-aimed quip about the contrast between Harvard and hard work crossed my mind while sitting recently at a student café outside the LSE library, the extraordinarily precious access to which retired LSE academics are granted, even able to download journal articles offsite. I was surprised at the cost of a simple panini sandwich and a cup of coffee I had purchased, but observed students nonchalantly pay for the expensive snacks being sold in it. I recalled my own impecunious undergraduate days in the mid-1970s and the unlikelihood of being able to engage in such spendthrift ways.

Observing the somewhat unnervingly poised and self-confident students seated in the sunny courtyard outside, it occurred to me that contemporary students in leading universities, at least the international cohort, were members of a highly privileged elite. I had a full annual student grant of £ 520 in 1973, now abolished, but my international counterparts of 2019 are funded by well-heeled parents, able to afford the significantly higher fees and living costs. The full university fees in 1973-4 were £ 70 annually and there were strong student protests and occupation of the LSE administrative building when it was raised to £250 in 1975. The international undergraduate fees today are around £12,000+, more for graduates, and one can barely manage in London for less that £1300-1500 each month – my weekly income in 1973 was £ 10, the maximum state student grant!

My abiding memory of student and academic life is an atmosphere suffused with, what appeared at the time, a pursuit of genuine intellectual reflection and knowledge, untainted by mere crass aspirations of personal advancement and financial success. Of course, this enchanted reality was not the whole truth by any means, though one did indeed encounter brilliant individuals who did in fact embody such an idyllic conception of the life of the mind. All this changed rapidly within a decade of my joining as faculty member, with the government policy of massively enlarging the intake, which rapidly instituted Weberian bureaucratic anonymity and corporatized universities. The new ethos empowered administrators, who haughtily adopted some impenetrable notion of operational efficiency and prioritised income generation for universities. The jealous academic prerogative of truculent fixation with some idea of intellectual probity and the primacy of peer review were hastily and unceremoniously cast aside.

The cost of education narrowed the social base of the intake of foreign students and inducted a cohort much more focused on mundane career concerns and aware of the expense of university they ought to eventually defray. The cohort was a mix of the children of the truly wealthy from business backgrounds and the most privileged of the professional class. The latter did not possess real wealth, but could collateralise the high cost of university fees against assets and expect much of it would be recouped through the future income of the children they were funding. The high cost global university was creating a fraternity sharing common career goals and loyal to the ethos of a third world cosmopolitan global elite. Their life choices were estranging them from the often-grubby cut-and-thrust politics and unforgiving competitiveness of their own societies. Only the strongly socialised Chinese student, anchored in the nationalism and aspirations of their own society seems relatively immune. In addition, the benefits of significant direct gratifications of accelerating economic advance of China seemed to have mitigated the allure of a cosmopolitan life abroad.

Apparently, Hindu Indian students are the most vulnerable to absorption into the globalised elite and severing all but self-serving symbolic past associations that use elements of their antecedents to leverage their immediate futures. Hence, the cynical affectations about yoga and celebration of Diwali, denuded of its innate significance and espousal of hyper toleration of malicious critiques of their own society. One dimension of the miasmic identity crisis of most Hindu Indian students is being dramatically illustrated by their readiness in leading British universities to echo hostility of their host society towards all things Indian. Most revealingly, they side with their Pakistani counterparts in denouncing alleged Indian belligerence in South Asia. It all occurs under the garb of faux left-liberal loyalties, which are, in reality, derived from the overly angst-ridden social conscience of some privileged local white students. This febrile reverie often enjoys the support of cynical celebrities who manufacture serial non sequiturs on all manner of issues at the advice of their public relations managers.

This left-liberal radicalism is but a passing phase in a very agreeable student life of access to high quality university facilities that nowadays include en suite accommodation, unheard-of in the 1970s. The allure of a high-salaried professional life quickly becomes the compelling influence in their lives and the membership of a global cosmopolitan community a prized badge of identity, regardless of where you happen to be located. But such affiliations are neither merely social or innocuous in their implications for India or other societies from which such students originated. This global cosmopolitan culture and its many rewards are the product of dominant societies and deeply imbued with their hard-political interests and goals. The hapless Hindu Indian, enjoying the rewards of a well-paid professional life, is in fact the accessory of an insidious cultural imperialism that subtly but powerfully seeks to shape the psyche and world-view of societies that dominant Western countries wish to bend to their will. The global cosmopolitan Hindu Indian elite is inherently comprador. They represent an existential challenge to the identity and traditions of their own societies, even as they imagine themselves to be the bringer of the joys of liberal humanity that has never, historically, been available to the unwashed masses and never will.