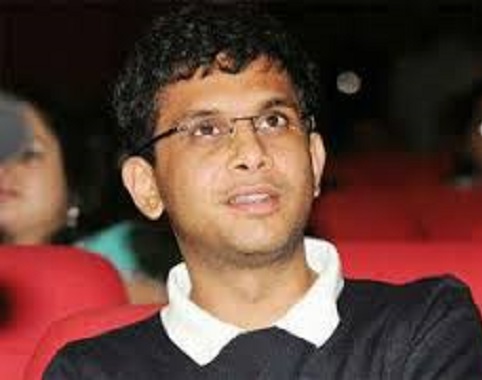 I read with interest your article on DailyO explaining why you funded Harvard to start and run the Murty Classical Library. I shall be honest and blunt to a fault without meaning any disrespect. I am sure you agree that a frank discourse and exchange helps all of us. If it helps, I’ve been a senior academic for over three decades in various spheres related to Indology and Sanskrit among other related disciplines. In that spirit, let me state at the outset that you have been taken for a ride by Prof. Sheldon Pollock  or to be more truthful, by an Anglophonic attachment. Just because Harvard has experience in bringing out a classical series is no reason for your giving them the largesse.  You could have easily done the job in India by getting Indian Universities involved in the project and thus assisted the development of classical studies in India.

You have paid for promoting the American academics and indirectly, put things under their control. To be fair, I know that several Indians will be involved in the project and do the translations, but this is not the same as a series coming out of India. You have basically entrusted your money into a non-indigenous centre of power that will translate and over time, order and repackage classical texts of India to suit the Western vision of India.  I have admiration for the scholarship of Prof. Sheldon Pollock but the fact that such an endowment should have been made to a foreign university smacks of total mistrust in the abilities of Indian scholars, their institutions and their ability to execute the task. I do not blame Prof. Pollock, as he is working well in the interest of his language and his culture.

Shri Murthy, if your father could build an IT firm that counts as a solid achievement by an Indian, why didn’t you think it fit to place trust in Indians scholars to do the same with done the translation series? That some of them will be employed by Pollock is not the point. Sri Rohan Murthy, you have also erred on another major count. You have empowered English and not “modern Indian languages”—I refer to the classics that Prof Pollock professes to get translated. What is needed is the translation of the classics of Sanskrit and of each modern Indian language into other 25 or so modern languages. That is the task which would have instilled greater intellectual awareness, and led to a literary renaissance in India. It would have given creative work to thousands of scholars in India and made Indian medieval heritage an available reality. Several major translations done in the mid-20th century are lost or are out of print. Translations into English from the so called regional languages are currently being done by American university departments as parts of their doctoral and higher research programs while there’s no comparable effort in our own academia.

My dear Rohan Murthy, you have provided financial help to all those employed abroad—to be candid, you have breathed fresh life into these universities which are increasingly starved for funds and shutting down Indology and/or Sanskrit departments.  You could have helped the Indian language departments immensely if such translations between the languages of India had been done by an Indian general editor located in India.  It would have helped the literary studies at our universities.

More generically, there seems to be a fundamental error in the minds of globalized Indians—that packaging Indian things into English empowers Indian things. This is a grievous fallacy. The Salman Rushdies of the world have brought some fame to India but how abiding the fame is, only time will tell. However, the Tulsidases and Tagores have constructed the spiritual, philosophical and literary consciousness of India. Let their languages be promoted with each other, for each other and by each other. With due respect, you seem to resemble another version of Chandrabhan Prasad who has recently consecrated a temple for the “English Goddess for Dalits” near Shahjahanpur.

In the end, Sri Rohan Murthy, I would say, yes, it is your money and your prerogative to donate to whoever you deem it. I don’t grudge the fact that you have chosen to serve Harvard. Perhaps, some other Indian corporate can still take the challenge and serve Indian languages, keeping both the control of the discourse as well as the funding rooted within India.
With best wishes,