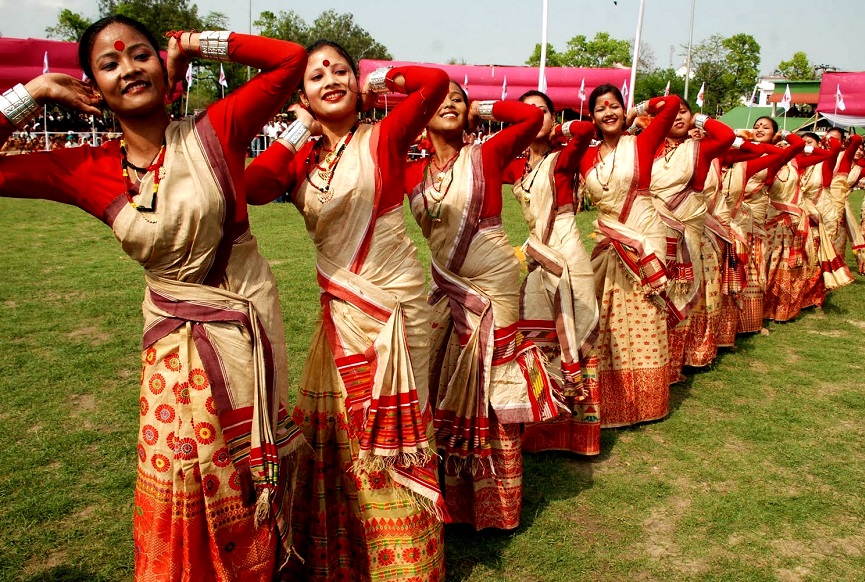 As already pointed out, the three aims of the insidious missionary propaganda are:

a) to tell the tribals that they are not Hindus and have no connections with the larger Hindu society around them,

b) to tell the world that the tribals are not Hindus in the first place, and so it is no business of the Hindus to interfere if the tribals are converted to Christianity, and

Now, except for the existing Hindu Category Three religions (Sarna, Donyi Polo, Khasi, Meitei, Garo, and possibly others practiced by more microscopic sections of other isolated tribes), we have seen that, in the overwhelming majority of the cases, the tribals in every state declare themselves to be Hindu (Category One) in overwhelming numbers, often well above 97% of the population of the tribe, and certainly well above the percentage of Hindus in the general non-tribal population of the state concerned.

So it is clear that the tribals are certainly Hindus, having connections with the larger Hindu society around them as much as any other Hindu caste or community, except to the extent that physical isolation or separation from the general population (since these tribals usually reside in remote areas like hills, forests or separate settlements, where they have been living for centuries or millennia or more) has led to greater individuality and distinctiveness of culture and social organisation.

Incidentally, at this point, the question also arises: how did these tribals, who declare themselves to be Hindu (Category One) in such overwhelming numbers, get to be branded as “non-Hindus” or “Animists” in the first place?

The answer lies in the history of the British colonial rulers of India in other parts of the world: the British colonialists had acquired colonies in other parts of the world as well, and in each of these areas they naturally had to deal with the local inhabitants of those areas. In certain areas like Australia, New Zealand, and North America, they dealt with them so effectively that they took over the entire land, and the original inhabitants, or “aboriginals”, were reduced to small groups of people living in isolated settlements and reserved areas, and the whole continents in question became completely Anglicized. The same did not happen in South America, Asia and Africa, where the original populations continue to flourish in large numbers (in South America, of course, getting ethnically mixed with the European intruders, and accepting the overwhelming dominance of their religion, language and culture).

But, in the meantime, linguists had discovered that the major dominant languages of North India, and the ancient classical language of India, Sanskrit, were related to the languages of Europe, Central Asia and Iran. This led to the concept of an “Aryan” or “Indo-European” language family and to the theory that these languages must have been brought into India by an “Aryan Invasion of India” in ancient times. The British and other colonial scholars applied their own experience in North America and Australia to the Indian case, and decided that the tribal people living in remote hill and forest areas, and in separate settlements, were the descendants of the “aboriginal” population of India.

The missionaries who accompanied the colonial rulers decided to use this idea to further their own proselytizing activities by branding the tribals as followers of “aboriginal” religions distinct from the “Hinduism” allegedly brought in by the theoretically postulated Aryan invaders. In 1866, Sir Richard Temple edited a book “Papers Related to the Aboriginal Tribes of the Central Provinces”, based primarily on the writings of, and of those inspired by, the missionary Reverend Stephen Hislop (1817-1863), which set the trend in “scholarly” writings on the subject.

This rapidly became a matter of colonial policy. The Census Commission of 1891 was asked to classify the tribals as Animists instead of Hindus. However, the Commissioner of the Census, J A Baines, pointed out in the census report itself that it was not possible to bifurcate the forms of religion followed by different sections of Indians into separate categories of “Hinduism” and tribal “Animism” because “every stratum of Indian society is more or less saturated with Animistic conceptions…”.

But, in the next census of 1901, the British administration made it mandatory to brand the tribals as “Animist”. This policy continued to be meticulously followed till the Census of 1931, although every single Commissioner of the Census during this period expressed, within the Census report itself, his clear disagreement with the policy that he was implementing: Sir Herbert Hisley, Commissioner of the Census 1901, clearly opined that Hinduism was itself “Animism more or less transformed by philosophy”, and “no sharp line of demarcation can be drawn between Hinduism and Animism”.

J T Marten, Commissioner of the Census 1911, equally clearly opined that “There is little to distinguish the religious attitude of the Gond or the Bhil from that of a member of one of the lower Hindu castes. Both are essentially animistic…. It is obvious, therefore, that the term Animist does not represent the communal distinction which is the essence of the census aspect of religion”. [While he refers particularly to the religious attitude of the “lower Hindu castes”, it is significant that the topmost elite layer of Hinduism, the “Vedic religion”, is also equally “essentially animist”]

P C Tallents, Commissioner of the Census 1921, not only pointed out the “difficulty of distinguishing a Hindu from an Animist”, but went further to declare: “I have, therefore, no hesitation in saying that Animism as a religion should be entirely abandoned, and that all those hitherto classed as Animists should be grouped with Hindus in the next census”. But, the administrative policy continued in the next census, leading to J H Hutton, the Commissioner of the Census 1931, complaining again that “the line is hard to draw between Hinduism and tribal religions”.

Finally, the British administration was forced to abandon its policy of classifying tribals as “Animists”, and fell back on another ploy to deny the Hindu identity of the tribal peoplein the Census of 1941, the last Census conducted by the British rulers: the Census Commission was asked to classify each tribe by its tribal name (Gond, Santal, Naga, etc.) in the column demarking religion, leading to as many distinct “religions” as there were tribes.

While the political establishment in “post-Independence” India allowed the tribal people to declare their religion freely and recorded the same in its Census reports, it, at the same time, in the name of “Secularism”, gave more freedom and even active patronage and political and administrative backing to the foreign missionaries than the British establishment had been able to comfortably do. And at the same time, the fifth columnists of the missionaries in the media and academia are still able to propagate on a war footing the insidious terminology that even the British Commissioners of the Census had felt embarrassed at being forced to use: classifying the members of each individual tribe as followers of a “traditional belief system, which is animistic”, as we saw in the case of the Wikipedia entry on the Karbi (Arleng) tribe of Assam.

That the tribals are Hindus (Category One) is true of the tribal population of India in general, but what about the few groups of tribals in India who have indeed declared themselves to be followers of other (i.e. Hindu Category Three) traditional religions like Sarna, Donyi Polo, Khasi, Meitei, Garo and Gond, and possible microscopic sections of other tribes who regard their tribal beliefs as distinctive? Are those tribes indeed neutral in identity between Hinduism and Christianity, and therefore legitimate fodder for the Proselytising Armies (assuming that being distinct from Hindus makes them legitimate fodder)?