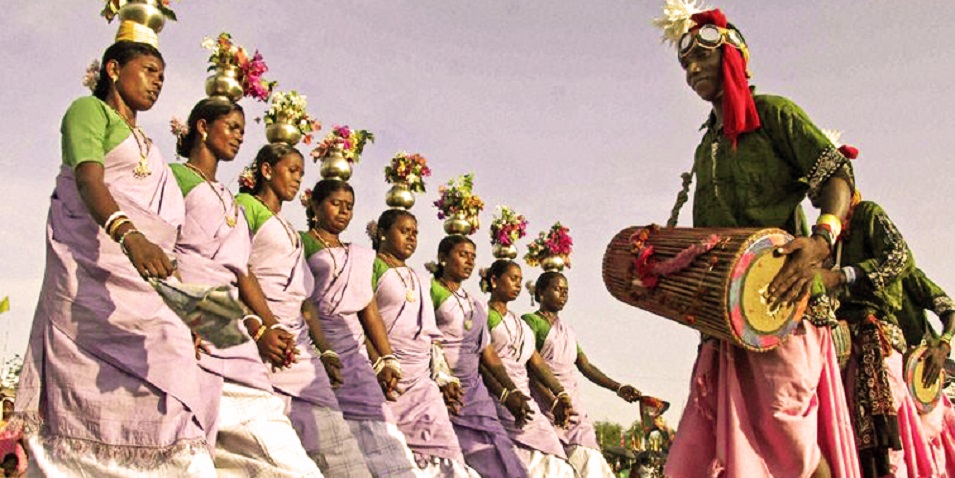 It is clear that when human beings in prehistoric times started settling down in groups, the world of humanity was divided into thousands of “clans” and “tribes”, or distinctive groups of people settled in different areas, the members of each group bound together by common ties of ancestral affiliations, geography, endogamy, economic interests, etc. Likewise, in the course of time, each such group of people, or tribe, developed its own views (based on the speculations and discussions of the more active thinkers among them, these again being based on their responses to the vagaries of nature and society around them) on subjects like life and death and the hereafter, on the material world and possible non-material worlds beyond this one, on social customs and systems, on rights and duties, and on the human, natural or “divine” origins of all these things. Further, abstract Gods arose from natural phenomena, stories of these Gods and their activities developed when the abstract Gods were anthropomorphised to different degrees, customs and rituals were devised for the worship of these Gods, priestly classes evolved for different kinds of interactions with these Gods, rules and regulations were devised by these priestly classes, and as many tribal religions came into being as there were tribes.

In the course of history, tribes all over the world expanded or contracted (some became extinct), merged with each other or split into sub-tribes, congregated in specific areas or dispersed in different directions; and, as technological evolutions (in agriculture, industry, communications, etc) led to tribal societies expanding into small states and areas of the development of larger civilizations, the individual religions of small tribes began to play more prominent roles in history as these states became the vehicles of power for particular tribes, and the particular religions of such individual tribes became state religions.

Different trends evolved in matters of religion. Thus we had the great religion of Egypt (the religion of Ra, Nut, Isis, Osiris, Horus, etc) which had complicated and magnificent rites and rituals, mysticism and myths, and created immortal monuments (temples, pyramids and sphinxes) which are the wonders of the world to this day, which was the national and state religion of the whole of Egypt for millennia, but which rarely transgressed the boundaries of Egypt.

On the other hand, we had the Jewish religion, which was based on a very much accentuated tribal identity. The Jewish texts describe (in a grand admixture of myth, theology and historical narrative) the genesis and history of the Jewish tribe(s) and the central role played by the (“jealous”) tribal God of the Jews, Jehovah, in the formation of an intolerant, exclusivist tribal religion which (as per the accounts in the Old Testament) led to the invasion and bloody occupation of a land (Palestine) “promised” to the Jewish tribes(s) by this God in a dream to a mythical ancestor (Jacob) and to the extermination of the non-Jewish tribes who were the original inhabitants of that land.

The religion has ever since remained a religion restricted to the descendants of the original Jewish tribes [at least in theory, since common sense indicates, and early records of West Asia make it clear, that many original non-Jewish groups must have been co-opted into the religion throughout the ages and certainly there was a great racial admixture of “original” Jews with all kinds of races and peoples of the world (except perhaps natives of the Americas, Australia and Oceania) in two thousand years of the Jewish diaspora], and its emotional and historical claims have been restricted to the “promised” land of Palestine.

The ideological difference between religions like that of the Egyptians and that of the Jews, both basically tribal-national religions affiliated to one particular geographical area, was that the Egyptian religion had very little to say about “other” religions, and was merely a complete religion on its own, concentrated on its own myths, festivals, mysticism, and complicated laws, rites and rituals, while the Jewish religion (although it also developed complicated systems of laws, rites and rituals, festivals, customs and mysticism) concentrated on cultivating an animus towards other religions: the overriding concern of the God of the Old Testament of the Bible is his “jealousy” of (repeatedly expressed in the phrase “I am a jealous God”) and hatred towards other Gods, and therefore towards the followers of other Gods and other religions. To be fair, he also spews hatred and vengeance on his own people, the Jews, whenever (and, from the text of the Old Testament, this “whenever” appears to be “all the time”) they fall short in fulfilling his hate-filled commands against these worshippers of “other” Gods, and fail to slaughter and punish them to the extent desired by him!

What we see in the case of the Jewish religion is one of four possible attitudes of a tribal religion to the religions of other tribes (respect, tolerance, indifference and hatred) carried to an extreme extent: in this case of course it is hatred. But it was still all right so far as it was restricted only to the Jewish religion: the Old Testament makes it clear that this intolerant attitude was generally difficult for the Jewish people themselves to stomach, and hence we find frenzied prophets, and the Biblical God who reportedly spoke through them, constantly cursing the Jews themselves for their failure to hate as much as they should and for their tendency to “lapse” into taboo practices themselves.

Further, this was in a world divided between one Jewish tribe (or conglomeration of tribes) and countless other non-Jewish tribes, so that in practice this hatred could not in any case be very effective in doing much harm. Most important of all, this state of hatred and conflict was ideologically restricted only to their “promised” land, and left the rest of the world in peace; and when the Jews dispersed into the rest of the world, it became totally irrelevant.

However, the birth of Christianity led to a new kind of “religion” of a kind totally unknown to the world before. Christianity originated in Palestine as a sect within the Jewish religion: a real or mythical character named Jesus was believed by this group of Jews to be the long-promised and long-awaited messiah of the Jews, come to liberate the Jews from their captivity (from the Romans), and as myth after myth (borrowed from the myths and beliefs of other neighbouring religions like those of the Buddhist-influenced Essenes, the Osiris-worshipping Egyptians, etc.) was adapted and added to the narrative, the sect spread like wildfire as an underground sect among sections of Jews in Palestine and then in other parts of the Roman Empire and finally in Rome itself.

Finally it was emboldened to break itself completely from its Jewish origins and declare itself a new religion. The revolutionary ingredient which catapulted it out of the tribal sphere and on to the world stage was the new principle of Proselytization or conversion of people from other “false” religions to the “One True Religion” of Jesus Christ, who graduated swiftly from being an ordinary Jewish messiah to being the “Only Begotten Son” of the One and Only “true” God. The Christian religion was a grand combination of Jewish Intolerance and Roman Imperialism. As opposed to religions of single tribes, Christianity became a religion into whose tribal ambits co-option of members of other tribes was not only allowed but was in fact now a central and most primary tenet of expansionist religious belief.

Christianity is therefore basically a religion which evolved out of a tribal religion, Judaism, and became a kind of supra-tribal religion. The central belief is that there is only One God, the Jehovah of the Jewish Tanakh, and that Jesus is his Only-Begotten Son, who was sent on earth to suffer and die for Mankind. As originally an offshoot of Judaism, Christianity accepted the holy book of the Jews, the Tanakh (consisting of three sets of books, the Torah, the Neviyim and the Ketuvim) as a canon, and therefore the entire tribal history of the Jews as the history of the world from the day of creation. However, this book was renamed the Old Testament, as it represented the old covenant between Jehovah and the Jews, which recognized the Jews as the Chosen people of God.

With the advent of Jesus, the old covenant was abrogated, and now there was a new covenant between Jehovah and Mankind in general, so that all those who accepted him would attain Heaven after one life on earth, and all those who did not accept him would go to Hell forever. This was represented in the new holy book of the Christians known as the New Testament (consisting of four sets of books, the Gospels, the Epistles, the Acts and the Revelations). Now, the Jews themselves were no longer the Chosen People of God, and those Jews who did not accept the New Testament and convert to Christianity automatically became earmarked for Hell.

After the Roman emperor Constantine became a Christian, and forcibly imposed Christianity throughout the Roman Empire, the religion spread all over Europe, West Asia and northern Africa, and its spread was only brought to a halt by the birth of Islam in Arabia, which was the third religion in the Abrahamic lineage (after Judaism and Christianity) and closely followed Christianity in its Imperialistic supra-tribal ideology and history. However, Christianity got a fresh lease of life after the “discovery” of the Americas and Australia and the sea-routes to India and southern Africa, and spread like wildfire in these areas.

Christianity is therefore a supra-tribal religion which is based on certain fundamental dogmas and ideologies, and whose primary objective is to uproot, destroy and supplant every single other existing (tribal and civilizational) religion in the world, which it sees as its enemy, and which it classifies as a satanic religion whose followers are bound for the everlasting tortures of Hell.