Are Indian tribals Hindus: The Figures 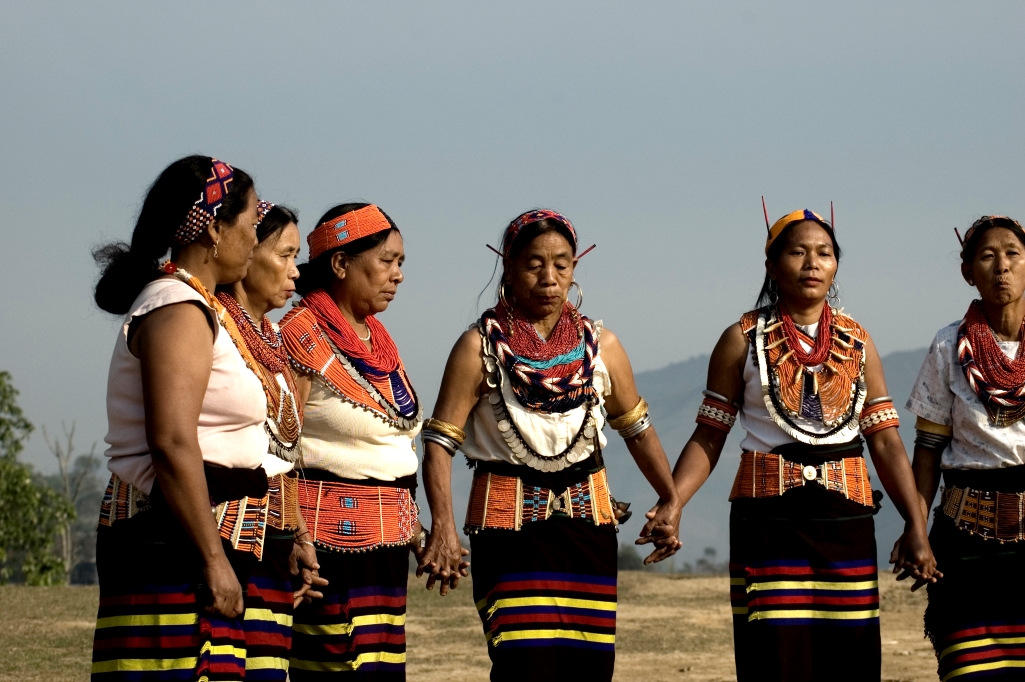 The following are the figures for the total tribal population of the four South Indian states, (Tamil Nadu, Kerala, Andhra Pradesh and Karnataka), which constitute the southern heartland of India, (i.e. the part of India furthest from the land borders of India, and therefore the least affected by the medieval invaders from the north and the destruction wrought by them, and the land which preserves the oldest monuments and richest traditions of India). First we will take the tribes having more than 97 % declared Hindus:

It can be seen that the overwhelming majority of the tribals of South India are self-declared “Hindu Category One”. The percentage of Hindus in the total populations of the four states, incidentally, is as follows: Tamilnadu 88.11%, Kerala 56.16%, Andhra Pradesh 89.01%, Karnataka 83.86%. But only four tribes are below 90%, the lowest being 57.16% in one. And, wherever there are Christian converts in any tribe, the Hindus and Christians in that tribe together go well above 97%, so that it is clear that the Christian conversions were from “Hindu Category One” people, and not from “Hindu Category Three” people, there being almost none of those in South India.

The northern heartland consists of Punjab, Haryana, Delhi, Chandigarh, Uttarakhand, Uttar Pradesh and Bihar. This is the heartland of ancient India, the land of the Vedas, Puranas, Ramayana and Mahabharata, of the sacred Himalayas and the Ganga, and the birthplace not only of both Vedic and Puranic Hinduism, but also of Buddhism, Sikhism and Jainism.

The area of Punjab-Haryana (+ Delhi and Chandigarh) does not have any scheduled tribes at all: it is, in fact, the only part of India which does not. The scheduled tribes of this northern heartland are mainly the tribals of the Himalayan region, in Uttarakhand, spilling over into the adjacent Uttar Pradesh (since Uttarakhand till recently was a part of a larger Uttar Pradesh), and the tribals of neighbouring Jharkhand (likewise till recently a part of a larger Bihar) spilling into Bihar. As they represent two different sets of tribals, we will examine them separately.

The following are the only five tribal groups in the UP-UK region, again overwhelmingly “Hindu Category One”. Along with the Buddhists (typical of the Himalayan areas), the figures go above 97% in four of the five tribes, and remain below that in the fifth tribe only because the data for the religious affiliation of a small section of the tribe was apparently unavailable:

Again, it will be clear that there are hardly any “Hindu Category Three” people in the UP-UK region. The percentage of Hindus in the total populations of the two states is as follows: Uttar Pradesh 80.61% and Uttarakhand 84.96%. But all the five tribes are well above 90% for “Hindu Category One” alone.

The following are the tribal groups in Bihar. We will see first the tribes having more than 97% declared Hindus, then those having between 90-97%, and finally those having below 90%:

In Bihar also, all the tribes, except three, have a percentage of Hindus above 90%. The lowest percentage in one tribe is 83.35, while the Hindu percentage for Bihar as a whole is 83.23. Clearly, the tribals of Bihar are also overwhelmingly “Hindu Category One”. The only tribe where the percentage of “Hindu Category Three” is of any significance is the small Ho tribe, where they number 3.08%, but the Hindus are 88.62%. [But note later the figures for all these same tribes in the state of Jharkhand].

This first appeared in in the Swastik Journal of Indian wisdom.

For the Love of Nature

Are Indian Tribals Hindus: Part I