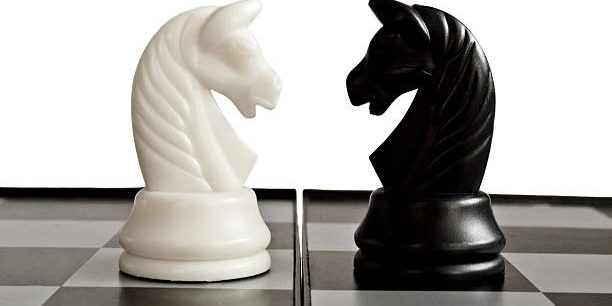 Recently, Josh Frydenberg, the Treasurer and Deputy Leader of the Liberal Party in Australia, while taking a dig at the opposition senator, mocked the Hindu practice of Yoga.  It naturally outraged the Australian Hindu Community. Hinduism, incidentally, is the fastest-growing religion in Australia. The Treasurer is the second most powerful minister in the Australian cabinet after the Prime Minister. The otherwise peace-loving community was outraged and the President of the Hindu Council of Australia, Prakash Mehta, issued a press release describing the comments of Josh as brazen, racist and Hinduphobic. Several media outlets such as the SBS TV, the Guardian, the Canberra Times, the Herald Sun and others gave wide publicity to the discomfiture felt by the Hindu community.

Like the Labor frontbencher Kristina Keneally, Michelle Roland, Member of Parliament for Greenway (Sydney), was scathing in her attack on Josh’s behavior and reminded him that “Hindus are hardworking people. Their sentiments are deeply hurt. Diwali is celebrated at the Parliament House. They are the most hospitable people and Josh’s incivility towards them is deplorable.” She reminded that Lord Ganesha was misused in advertising and that she was very upset by the offence it caused. She appreciated that the first Jain Temple and Shakti Temple are coming up in Sydney.

The author of this article too, in an interview with the ABC News Radio Melbourne on the state of the Australian economy, indicated that the Treasurer needs to do financial yoga to solve the current issues before the economy. When the interviewer Fiona said that she liked the term ‘’financial yoga’’, the author referred to the recent derogatory remarks against yoga used by the Treasurer in the Australian Parliament [hence the reference]. Other Hindu groups such as the Universal Society of Hinduism and the Federation of Indian Associations also registered their anguish at the unacceptable remarks by Josh.

All these efforts yielded and finally, as per media reports, Josh has relented and apologized to the Hindu community.

What can the Hindu community at large learn from this small incident? Assertiveness pays.

Even in a country like Australia where the Hindu population is around 440,000 out of some 25 million total population, if you assert yourself, you can get the desired outcome.

Asserting your rights untiringly is the key. Offensive behavior, typically that of a bully, can’t be countered by generosity, but by standing firm and by taking the bully by the horn. The more the generosity you show to a bully, the more the bully gets emboldened. Krishna mediated on behalf of the Pandavas and was ready to settle for five villages. Did Duryodhana agree? No way. He was not prepared to concede even a pinprick of land. When all negotiations failed, Krishna advised Arjuna to fight back. Arjuna, the warrior prince, was not afraid of the Kauravas but lost the sense of proportion. He even abdicated his legitimate right to the kingdom and started justifying his behavior couched in consequentialism. He forgot that non-assertion of rights and short-sightedness would cause immense harm to future generations. It is here that Krishna steps in to preach why he needs to fight for his rights, or in short, be assertive. I consider that ‘’becoming assertive’’ is the greatest takeaway from the Gita.

What is true for an individual is also true for a society or a country.

The Bible tells ‘’blessed are the meek, for they shall inherit the earth’’. Yet Bush, who took pride in holding the Bible in his hand during an election campaign, was not guided by it when attacking the Taliban. Consequentialism didn’t matter. The assertion of rights did. Had Winston Churchill not taken Hitler by the horn, England would have been destroyed during WWII. Many other countries such as Poland cowered and were subjugated by Hitler. Becoming strong and remaining assertive are the two essentials for survival. Assertiveness is not aggressiveness. It is about not succumbing to a bully.

The Australian case was not a matter of bullying. The remarks were made to attack political opponents, but Josh used an incorrect example. Nevertheless, the community voiced its objection to his offensive conduct. His good attitude towards Hindus in the past does not automatically insulate him from an inappropriate conduct in the present context. The community asserted and he apologized. It would hopefully deter him and others too. This is the outcome of assertiveness without being violent.

But you may not come across people all the time who may inadvertently say something and later admit their mistake. Reasoned argument is ineffective with uncivil bullies.

How do you deal with such bullies then? Once beaten twice, forgiving does not work with a bully who is out there to get you. Consequently, the bully needs to be pulverized for good. This is the only way. Need proof? Here it is.

As the legend goes, Prithviraj Chauhan defeated Ghori but let him off. But Ghori continued to attack repeatedly and Prithiviraj defeated him repeatedly without learning a lesson that the bully will not relent until Prithivraj is defeated. Finally, Prithviraj was defeated. A story goes that when Prithviraj was caught alive, he requested Ghori to set him free showing the same gesture that he had shown to him. But Ghori’s rules of warfare were very different. Prithviraj followed the Hindu culture to forgive those who surrender. But he did not check whether Ghori also followed the same culture. Ghori followed the tenets of his holy book to the letter. He killed Prithviraj which eventually changed the course of Indian history. For the fatal mistake of Prithviraj, generations after generations paid a heavy price and continue to pay it even to date. It is therefore important that you choose your leaders carefully.

Pakistan surrendered in 1971 war and Bangladesh was created. India, as a gesture of goodwill, returned some 90,000 prisoners of war. Did Pakistan mend its ways? On the contrary, the same force was used to attack in Kargil in 1998. Gestures of goodwill have zero impact on a bully.

World history tells us that completely destroying the bully is the only alternative. Japan attacked Pearl Harbor without any provocation from the US. But when the US used the atom bomb, it completely surrendered and never raised its head again. Bullies understand only such language.

Bullies never operate solo. Psychology tells us that the bully is inherently insecure. Thus he often acts in a herd like a pack of hyaena. The bully is very friendly and well-behaved till critical mass is achieved. The time is used instead to study the adversary. After critical mass is achieved, the bully starts asserting and making demands from the adversary who is still in a stronger position. If the adversary concedes, the demands of the bully increase.  There is never an end to the demands. Once the bully is in decisive control of things, they either finish or completely subjugate the adversary. In Malaysia, for example, non-Muslims (Christians are the largest minority in Malaysia) are banned from using the word “God”.

Conceding more and more space to the bully has resulted in the current state of affairs in the Malda district of West Bengal, in Mallappuram in Kerala, and in Kashmir (before August 2019).

The happenings in Delhi in the last three months are again a reminder of what Gandhi had warned “the world has no place for the weak in spirit’. He cites the Gita “Without fearlessness, all other virtues are turned into dust”.

If you give space to the bully and think that you can now live in peace, you are grossly mistaken. The bully is just testing you and as you cave in, he would demand still more space until you are finally evicted. Gandhi knew this well when he opined “There is no doubt in my mind that in the majority of quarrels, the Hindus come out second best. My own experience but confirms the opinion that the Musalman, as a rule, is a bully, and the Hindu as rule is a coward”.  Gandhi probably used the word “coward’’ for Hindus to awaken them so that they assert themselves. It is particularly important for Hindus, since Hinduism is not an organized religion that ipso facto builds cohesiveness. Gandhi adds “where there are cowards, there are bound to be bullies, whether they are Hindus or Musalmans”.

Bullies understand the language of Power

India’s neighboring country satisfies all the characteristics of a bully. When it got a freeway during weak regimes, the bully used the opportunity to spread its tentacles. The weakness encouraged the bully to go for aggression. Despite repeated defeats, the bully never learned a lesson but like Ghori, kept on changing the strategies of attack. The surgical strike or the Balakot strike may temporarily unnerve the bully, but would never ever make him mend ways. The bully just changes the strategy, not the mindset. As conventional war is beyond its ability, the bully now engages in information warfare. The cultivated friends of the bully inside India (Lenin and Stalin dub them as ‘’useful idiots’’), help the bully in this. The foot soldiers do the dirty work of rioting as they did in the Delhi and Uttar Pradesh riots in January this year. When the government became assertive, they changed the strategy – peaceful protests by women and children – stunting strong action by the adversary. The “useful idiots” provide cover to the bully in the media. Political parties provide shielding from law enforcement, as they depend on the bully for votes. The intellectuals cultivated systematically by the bully provide the cover by giving public talks or by filing cases in the Court.

India is deeply entrenched in the bully scenario. The remedy in this situation is to become assertive, not aggressive. In Shaheen Baug, the government should have at the very first go asked the protestors to pack off for blocking roads as they would have done in any Western country or in China, for example. As it failed, for whatever reasons, more came on its plate by way of Jafrabad and Chand baug. These protests would have blocked the movement of some 35 lakh people in Delhi, it is learned. The bullies and associates used the opportunity to malign Modi and India. The foreign media which Pakistan cultivated in its game plan of information warfare also did its best to call the communal riots in Delhi a pogrom.

Such bullying tactics would continue. Australian Hindus, in their own little way, show the way how to take on a bully. But Australia is a different ball game. In the Indian situation, people need to at least make a resolve not to stand by the bully and the bully’s associates. In a democracy, your vote is a powerful weapon in your hand. Cast your vote only for a party that has consistently stood for India’s interest instead of being taken for a ride by fair-weather friends. One little lapse on the part of Sita was enough, and Mareecha, the demon, abducted her.

Be assertive for your rights at the very first instance! If you concede space to a bully once, you will have to concede it again and again.

Do Hindu Religious Institutions Have Rights? – I