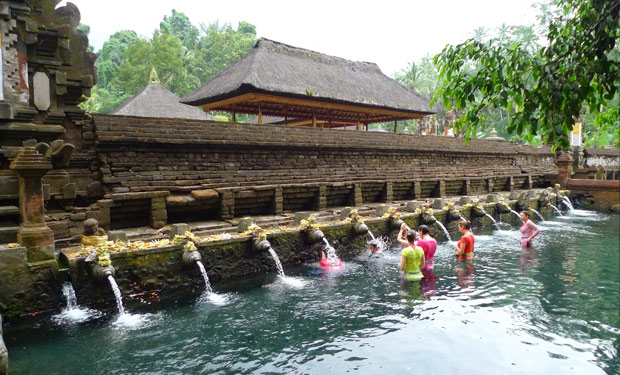 In the post-modernist world, the word “Technology” has come to be associated with skills that are usually antithesis to anything that is traditional and ritualistic. This contextualization of “Technology” is more amplified when it comes to elements of Dharmic Civilization.

Complexity scientist Prof J. Stephen Lansing in his path breaking study and book Priests and Programmers: Technologies of Power in the Engineered Landscape of Bali provides etymological development of the word ‘Technology’. He mentions “The word Technology derives from Techne, a Greek word that originally referred to the labors of Smith and ancient craftsmen. The analogous Greek word for the labors of farmers is Erga or work…. Both activities (smithing and farming) involved ritual but in case of techne, the rituals were secret and individual whereas erga are public and collective.” So technology got more popularized for skills that were deliberately kept secret than any other scientific basis.

Antero Alli’s “All Rites Reversed: a Ritual Technology for Self-Initiation” and French cultural anthropologist Georges Condominas “We Have Eaten the Forest: The Story of a Montagnard Village in the Central Highlands of Vietnam” have further argued against this narrow application of the term “Technology” only for the modern system of agriculture, but not to the ancient agricultural rituals and methods. Moreover, it is usually assumed that most of the traditional systems and rituals cannot be authenticated using scientific studies.

Dharmic systems and rituals are by nature complex and interdisciplinary in nature and thus to study and research on them an equivalent tool-set is also needed. The complexity science in general and complex adaptive systems in particular can provide clues in this regard. Yaneer Bar-Yam an American physicist, systems scientist from New England Complex Systems Institute defines the study of complex systems “as a new approach to science that investigates how relationships between parts give rise to the collective behaviors of a system and how the system interacts and forms relationships with its environment. The field of complex system cuts across all traditional disciplines of science, as well as engineering, medicine and management”. Aided by mathematical modeling these systems are simulated to understand the interactions of its various parts and the effects of the overall whole.

One such successful application of complexity sciences in understanding a traditional system has been the study of “Water Temples of Bali” led by Prof J Stephen Lansing, an internationally known complexity scientist and Director of Complexity Institute at Nanyang Technological University, Singapore. This author first got to know about the prevalent practices of worship of the goddesses Bhudevi as Sang Hyang Pertwi (Prithvi) and Sri Devi as Dewi Sri by Balinese farmers from a discourse given by Swami Veda Bharati. In Bali, Wishnu (as Balinese pronounce for Vishnu) is personified as water and Pertwi as his consort. Dewi Sri is the goddess of fertility and rice. Like Lakshmi, she is associated with overall prosperity and her shrines can be found in rice fields of Bali. This is similar to Vishnu’s consorts Bhudevi and Sri Devi in the Indian Dharmic system.

Water and gods have been closely interconnected across South East Asia. The Kbal Spean near Angkor has a valley of thousand lingams (Sahashra lingam) on its river valley besides carvings of Brahma, Vishnu, and numerous other Hindu gods. The water flowing through these lingams is said to be sanctified for the overall utilization of life and agriculture. In Bali, the water system is called as Agama Tirtha (origin of holy water).

Stephen Lansing got interested in the Bali Water temple, when he arrived there as an anthropologist to study its temples in general. In the 1970’s due to advent of green revolution, Indonesia like many other developing countries decided to adopt high yielding rice crops. In his research, he found out that the farmers of Bali for centuries had practiced a synchronized sowing season with a network of water temples (at various points of the canal system) being central to their irrigation ecosystem. These clusters of terraced paddy fields with interconnected water temple networking system are called Subaks in Bali. The main temple located in the crater of a volcano acts as the nerve center of this finely self-organized water irrigation system. The Balinese with their elaborate rituals decide the sowing patters through their temple managed calendar system, equivalent of our Panchang. At the start of the sowing season the farmers bring this holy water from the source of the crater (rich in minerals like Phosphorus etc. due to the active volcanic system) and pour the same into their paddy fields. This unique intersection of the practical and the metaphysical is core to the Bali Hindu farming system.

The Indonesian government aided by external agencies disregarded this centuries old ecosystem and made the farmers to sow hybrid rice varieties as many times in a year as possible. Initially, these varieties gave high returns and looked promising. But, after a couple of years the real hazards of disrupting the traditional system showed up. First, the pests infiltrated the high yielding paddy and started propagating across upstream and downstream of the river as the sowing system was no longer coordinated. As time passed, these pests became increasingly pesticide resistant, negating the intended good effects of green revolution. Second, there was a huge water shortage as the temple was no longer central to the sharing patterns. Fortunately the Balinese went back to the traditional system. During this course Prof Stephen Lansing and his team through their study and simulations authenticated the water temple network as being best rice yielding system for the locals. Prof Stephen demonstrated through his models that the randomized cropping schedules produced an average yield of 4.9 tonnes per hectare in Year-1 and in Year-10, in the models with synchronized regions the yield doubled to almost 8.57 per hectare, which was same as the actual water temple system.

The study showed that due to the synchronized farming, the pests were ineffective and unable to propagate; second, the farmers were able to “learn” from the best practice of their neighbors and replicate them; and third, the water was well managed and shared between upstream and downstream farmers due to the water temple system .

The whole Balinese study by Prof Lansing demonstrated the “Emergent” property that characterizes many of the traditional & Dharmic systems. In plain language, the “Emergence” brings out new entities or patterns out of the interaction of many parts of a system, which themselves do not exhibit those properties in isolation.

The need of hour is to fund and research many of our intricate traditional systems and rituals, which routinely gets dismissed as pseudo-science, with tools like chaos theory, complexity sciences, and other system theories with equal scientific rigor.