Battle of Longewala: Every man was a hero 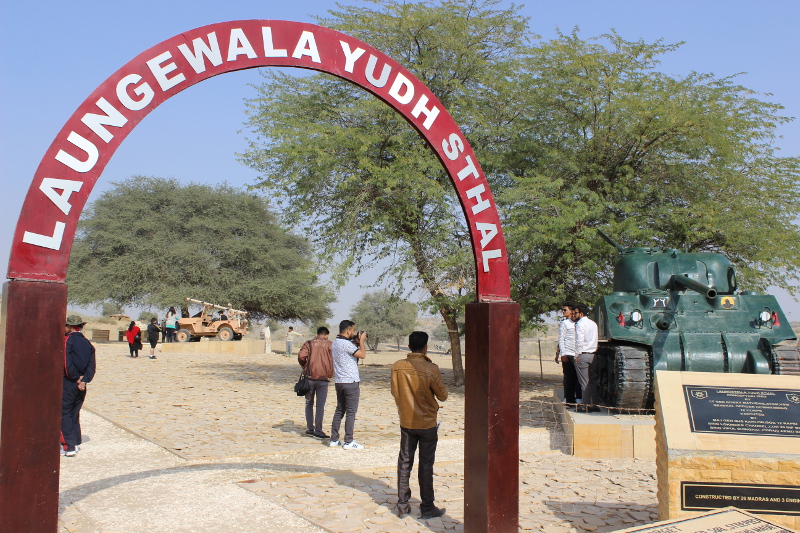 The place: Longewala, Rajasthan, 16 km from the Pakistan border.

A reconnaissance platoon led by Lt. Dharamveer Singh of the 23rd Battalion of the Punjab Regiment detects noises coming from across the international border, suggesting a large number of armoured vehicles approaching Longewala. The platoon radios the information to their leader Major Kuldeep Singh Chandpuri, who passes on the information to headquarters in Ramgarh. An Army Air Observation Post aircraft soon confirms that a 20 km long Pakistani armoured column is advancing in the direction of Chandpuri’s post in Longewala.

The massive enemy column includes 3,000 soldiers, around 60 Chinese made T-59 tanks, dozens of armoured personnel carriers and more than 500 trucks plus other vehicles. The Pakistan Army has created an entirely new division named 18 Division, comprising two infantry brigades and two armoured regiments, in order to grab a chunk of Indian territory. The Pakistanis planned to “have breakfast at Longewala, lunch at Jaisalmer and dinner at Jodhpur”.

Directing Lt. Dharamveer Singh to tail the Pakistani column, Chandpuri requests urgent help but the battalion headquarters says reinforcements will take at least six hours to reach him. Having no other option, Chandpuri and the 120 men under him prepare to hunker down in their trenches. They also lay anti-tank defences and barbed wire in front of their post.

A bunker used by Alpha Company of 23 Punjab at Longewala.

The Pakistani forces begin their attack at 2:30 am. Against the might of 60 enemy tanks plus armoured personnel carriers and guns, the Indian post has only a couple of medium machine guns and a single jeep-mounted 106 mm recoilless rifle.

As the column nears their post, Chandpuri’s men hold fire until the leading Pakistani tanks are only 15-30 metres away. They can now hear the Pakistanis talking. In the dead of the night, as the Indians direct concentrated fire at the leading tanks, there’s utter mayhem in the enemy camp. The Pakistani officers believe they have run into a large Indian defending force. Some of the enemy soldiers panic and in the darkness run into the barbed wire, beyond which they think lies a minefield. This stops the armoured thrust in its tracks as sappers are called into clear the path.

The Pakistanis then attempt to drive around the post but at this point the invasion turns into disaster. Due to a combination of lack of adequate planning, battlefield confusion, nerves and their tanks getting stuck in the sand dunes, the column stalls. Plus, the Indian soldiers are taking shots with whatever they have. So far they have destroyed 12 Pakistani tanks.

As the Pakistanis attempt to regroup and with the Indians about to run out of ammunition, the warbirds of the Indian Air Force come screaming in. M.S. Bawa, the then Base Commander of Jaisalmer, and later Air Marshal, says in a media interview that at the crack of dawn, two out of the four Hunter jets at the air base left for the kill. “The Hunters came low, scanning the road from Ramgarh. It found the enemy’s T-59 tanks,” he says. “The Hunters first hit the ones closest to the post where only a few Indian Army men were waiting for help. And bang! The first tank, not even 50 metres from Major Chandpuri’s besieged post, was hit.”

“But, even as these two aircraft were making their kill, the enemy on the ground was advancing. There were 60 tanks. A few tanks had already reached the helipad situated at the base of the Longewala Post. It was a race against time.”

With the flat yellow desert terrain leaving no place for Pakistani armour to hide, the tanks and vehicles are juicy targets for the IAF jets that repeatedly dive into action with their rockets and 30mm canons. The attack continues unabated for two full days during which the IAF destroys 36 tanks and more than 500 vehicles.

IAF officers described the air attack at Longewala as a “turkey shoot”, indicating how easily the jets hit the Pakistani tanks. Colonel J. Francis in his book ‘Short Stories From the History of the Indian Army Since August 1947’ writes that the proportion of casualty suffered by tanks and infantry was the highest after World War II. In fact, the approximately 45 tanks knocked out at Longewala was the largest single-day destruction of tanks after World War II, a record only later bettered by the US Army (and allies) against Iraq in Gulf War I, 1991.

There are two different versions of what really happened at Longewala. Former Air Chief Marshall P.C. Lal in his book ‘My Years With the IAF’ pays a glowing tribute to 23 Punjab’s determined stand at Longewala. He writes: “Major Kuldip Singh Chandpuri, the company commander who took the brunt of the attack and fought with great grit, courage and determination, was awarded a very well deserved Maha Vir Chakra.”

But Bawa says the handful of men of 23 Punjab could not have possibly fought such a big enemy. “Had they fired one bullet, they would have revealed their position and none of them would have survived,” he said.

Major General (retired) Atma Singh was a major commanding the No. 12 Air Observation Post, tasked with directing close air support firepower toward enemy targets. In his book, ‘Battle of Longewala: The Real Story’, he wrote that it was the IAF that attacked the Pakistani column – after the army had vacated the post.

Atma Singh, who retired as brigadier, and was decorated with the Vir Chakra for his role in the war, added: “It’s about taking credit where little is due. Can troops equipped with recoilless guns, medium machine guns and mortars beat off an armoured attack? I hope the book will lay the lies of the battle to rest.”

However, Chandpuri, who retired from the army as a brigadier, remained unfazed. The late hero responded that he didn’t want any certificates from Atma Singh: “Ask him who held the enemy the entire night.”