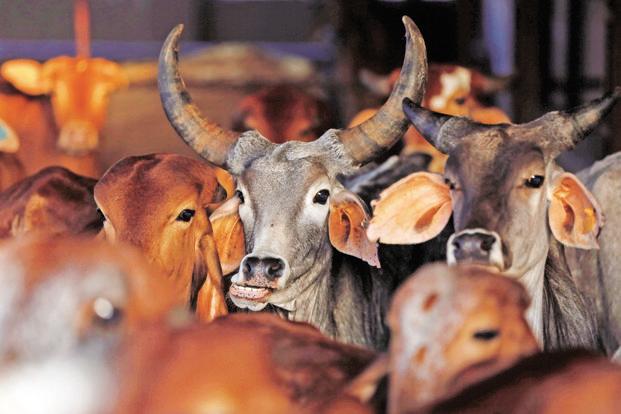 Today is the birth anniversary of Mohandas Gandhi, the man whose several written views on the cow and its slaughter were found worthy of compilation in a book of his Epigrams by S.R.Tikekar.

Among the gems therein are the following:

The above views have found resonance in India from almost an eternity. Thus, it was not unusual for the Constituent Assembly to reflect them in the Constitution of India where Article 48 exhorts the State to take steps, for, inter alia, “prohibiting slaughter of cows and calves and other milch and draught cattle” as a Directive Principle of State Policy.

Accordingly, twenty States/Union Territories had such a legislation in place at the time when Andhra Pradesh included Telangaana, Bihar included Jharkhand, Madhya Pradesh included Chhatisgarh, and Punjab included Haryana and Himachal while Kerala had a law for Panchayats but had Rules 1964 which prohibited slaughter houses from granting a certificate for slaughtering cows and an Executive Order banning slaughtering of useful cattle in Municipal areas.

Each of these had certain conditions such as permitting slaughter provided the animal concerned was certified as unfit to work.

However, the guillotine on the cow is a mere blood bath away from a ban on its flesh.

And beef ban bombs exploded recently when print and visual journalists, the Twitter tribe and their followers who expressed anger and dismay at the short-duration beef ban announced by the BJP-led Maharashtra government and two Municipal corporations including Bombay’s.

One intellectual wrote an edit page piece with the headline “Ban the Ban”. Ironically, Tushar Gandhi, great-grandson of the original, tweeted that the ban was anti-Christian and anti-Dalit.

To top it all, Congressman Kapil Sibal, a senior advocate who was Law Minister first and then the HRD Minister in the UPA regime mocked the ban as the BJP’s “fascism”, no less.

It’s a pitiable commentary on all of the sheer ignorance of the above genre of beef bombers. Clearly, they were unaware that the law of the following States/Union Territories prohibiting cow slaughter had showed the red signal to beef as well.