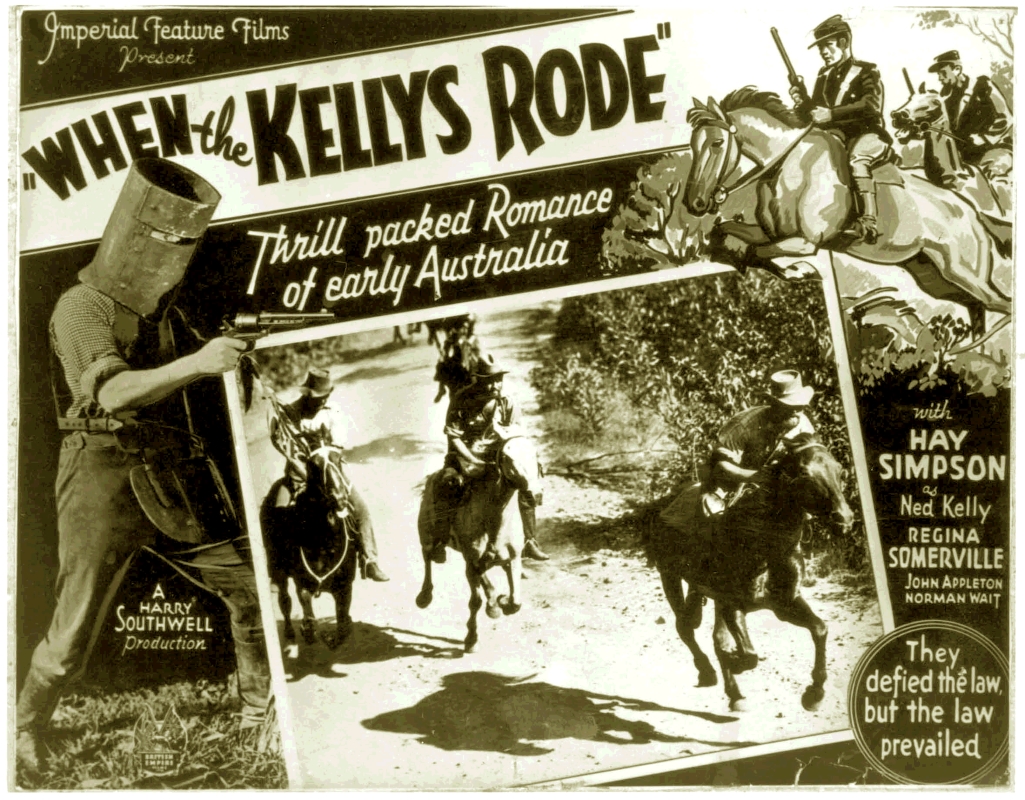 Recently, there have been several well-publicized incidences of violence against Christians and/or their institutions in India.  A cry went up to the heavens— ‘persecution of Christians by the Pagan Hindus!’ it proclaimed, and we heard much wailing and gnashing of teeth.  ‘Modi’s buddy ‘Barack’ tut-tutted, and invoked Gandhi, no less, much as one might dust off a three piece suit for a memorable occasion, and wagged his disapproving finger at Modi’s naughty and hell-bound Pagan brethren.  So much so that Modi had to signal contrition by converting his first shIvaratri after assuming office to a shAvaratri.

In unvarying accordance with hoary church tradition going back to the pre-Nicene ‘father’ Tertullian, the Christian establishment in India and their equivalents abroad rubbed their hands in glee, for here was a heaven-sent opportunity to cry persecution, claim martyrdom, and generally indulge in assorted passion plays pillorying the Hindu Pagans.

Such claims, going back centuries to the imaginary Apostle Thomas who never visited India but was slain by imaginary Brahmins anyway, are par for the course.  More recent history has church bombings by the Islamic Deendar Anjuman attributed to Hindus, as was the rape of Christian nuns in Jhabua by tribal converts, not to mention other incidents noted on this website.

This millennial tradition of bearing false witness against the Pagan is evidence of the incorrigible and unregenerate ways of the insufferably self-righteous Christian establishment that has assiduously busied itself with motes in its neighbours’ eyes, but has studiously refrained from dealing with beams in its own, such as the Christian terrorism raging for decades in northeastern India with the stated goal of establishing ‘Nagalim for Christ.’  But lest we get ahead of ourselves, we must defer to Tertullian, who was rebutting charges of impiety and sedition leveled against Christians by the Romans:

“But go zealously on, good presidents, you will stand higher with the people if you sacrifice the Christians at their wish, kill us, torture us, condemn us, grind us to dust; your injustice is the proof that we are innocent. Therefore God suffers that we thus suffer; for but very lately, in condemning a Christian woman to the leno (prostitution) rather than to the leo (lion) you made confession that a taint on our purity is considered among us something more terrible than any punishment and any death.  Nor does your cruelty, however exquisite, avail you; it is rather a temptation to us. The oftener we are mown down by you, the more in number we grow; the blood of Christians is seed.”1

Now, such was the situation that the early Christians found themselves in.  The Romans who treated fights to the death as a matter of light entertainment did not think much of killing those whom they thought were either deviant Jews or a seditious burial society that routinely blasphemed all the Gods but their own, profaned sanctuaries and were prone to rioting on the slightest pretext. But to the Pagan Hindus, used as they are to countenancing, even encouraging extremely idiosyncratic personalization of religion, and not even requiring a token sacrifice to the king’s genius as a mark of fidelity, Christianity is just not worth persecuting.  After all, those who worship shIva can hardly object to the worship of a shAva on a shUla, certainly not with the Aghoris still at large.  Did not the God-child Tiru-gnana-sambandar’s very first lisping verses describe His beloved shIva as the one who “besmeared with the ashes of the cremation ground, hath stolen my heart away?”  So, if the votaries of a Middle Eastern tribal godman’s corpse and its associated belief of a second coming in the same flesh after two thousand years want to celebrate or mourn, indulge in ritual cannibalism or insist that the end of the world is nigh, it’s generally their own business, and absolutely no skin off the collective Hindu Pagan nose.

Now, strictly from the vantage point of law and order, this would be a really admirable state of affairs (Mr. Julio Ribeiro, please note), but from the Christian viewpoint it is highly unsatisfactory for it does not furnish the required numbers of martyrs to ‘seed the faith’ by claiming the higher moral ground in good conscience.  The Pagan Hindus are anyway doomed to be ‘eternally barbecued’ (pace Vivekananda) as per doctrine, but it would be even better if this could be more conveniently attributed to the persecution of some ‘martyrs’ by the accursed Hindus. Otherwise, they might have to be apologetically and sheepishly placed in Dante’s Limbo, already bursting at the seams with other virtuous Pagans of Greco-Roman provenance.

The Hindu reader, clueless as a rule, might protest that even if some sections of Hindu society were to furnish such martyrs, he heartily abominates and abhors the offending sections. Surely that would still not justify condemning all of Hindu society?  But then, the Christian god was never exactly sugar and spice (symbolizing the female aspect of humanity, be it noted) and, to his eternal credit, never claimed to be so.  In fact, he’s downright careless when he is not being callous, something Mark Twain astutely pointed out in extenso:

‘…They had offended the Deity in some way. We know what the offense was, without looking; that is to say, we know it was a trifle; some small thing that no one but a god would attach any importance to.  It is more than likely that a Midianite had been duplicating the conduct of one Onan, who was commanded to “go into his brother’s wife” — which he did; but instead of finishing, “he spilled it on the ground.” The Lord slew Onan for that, for the lord could never abide indelicacy.  The Lord slew Onan, and to this day the Christian world cannot understand why he stopped with Onan, instead of slaying all the inhabitants for three hundred miles around — they being innocent of offense, and therefore the very ones he would usually slay.  For that had always been his idea of fair dealing. If he had had a motto, it would have read, “Let no innocent person escape.” ‘2

So, it should not come as a surprise that, after the initial excitement and salivation over the prospect of a fresh crop of martyrs, potentially more ‘saints,’ those who spat venom at Hindu society (see for comparison Matt. 22.333) have implemented the second half of their famous time-tested strategy once the truth came out – and ran.

Fishing for men and the Heretics

It is not for nothing that Jesus claimed that he would make of his first apostles ‘fishers of men’(Matt. 4.18-194).  It presents the kernel of the ‘great commission’ that the generic Christian Church, ranging from that of the snake handlers of the Appalachia to that of the self-crucifying Filipinos, and including the overdressed and pretentious pontiff of Rome en route, sincerely believes.  Hindus may find this surprising, but the great commission includes making good Protestant evangelicals of idolatrous Catholics, and good Catholics of renegade Protestants as well5.  As an instructive old joke goes:

So, regardless of all the genuflecting and crawling Hindus indulge in before Christian godmen in ‘interfaith conventions,’ hoping to get a modicum of approval or sympathy from them, nothing is going to materialize.  Rather, it is high time Hindus realized that they are regarded with polite amusement at best, or held in outright contempt at worst, when making such abject spectacles of themselves.  Rather, Hindus should merely adhere to the principle of ensuring a thorough investigation of every crime and breach of public order in any form, and demand that the offender(s) be brought to to justice in a timely manner.  Along the course, they should not neglect to ‘cut, paste and preserve’ the calumny of the Church against Hindu society whenever it is in evidence.  Perhaps IndiaFacts could initiate a ‘Catalogue of Ecclesiastical Calumniation,’ but not without first taking the precaution of allocating sufficient digital memory to the project.

The time-tested policy of Christianity is to blame the Pagans for everything that goes wrong.  The song “Blame it on the Kellys” written by Shel Silverstein and first performed by Waylon Jennings, admirably summarizes the Christian strategy, though it has nothing to do with Christianity per se.  The song itself is about the Australian outlaw (‘bushranger’) Ned Kelly, who is something of a folk hero in Australia, so much so that every crime is humorously laid at his gang’s door.

(You can listen to the song here: https://www.youtube.com/watch?v=VtSKntQ0ir4)

1. Someone stole old Banyon’s pig. Blame it on the Kellys !

Pinched my cart and horse and rig. Blame it on the Kellys !

Someone robbed the Sydney mail, sacked the jailer and put him in jail,

and if the potato crop should fail – they’ll blame it on the Kellys.

2. If anybody steals a horse, blame it on the Kellys !

Anybody breaks the law, blame it on the Kellys !

If anyone does something new, or does what you would like to do,

and if the troopers don’t know who –  they’ll blame it on the Kellys.

3. They’re posted up on every wall. Blame it on the Kellys !

There’s no crime too great or small, to blame it on the Kellys !

They killed a thousand so they tell,

you know they’re bound to burn in hell,

I think I’ll steal a horse myself – and blame it on the Kellys.

4. Someone killed old Jim Divine. Blame it on the Kellys !

Was a dark and deadly crime.  Blame it on the Kellys !

Someone killed old Jim Divine, we don’t know the place or time,

but the poor old boy was a hundred and nine –

Oh, blame it on the Kellys !

Blaming the Pagan Hindu, be it noted, is in deadly earnest, not in jest.  As the chief Catholic godman the late John Paul II proclaimed in 19957:

“…just as in the first millennium the Cross was planted on the soil of Europe, and in the second on that of the Americas and Africa, we can pray that in the Third Christian Millennium a great harvest of faith will be reaped in this vast and vital continent”

In other words, the Pagan Hindus are destined for the same fate as their European and American Pagan brethren in earlier millennia.  Thus, bearing false witness against the hated Polytheists, Idolators, Pagans, Heathens et al. is merely one of the means of bearing ‘witness to the truth’ as Christian doctrine would have it.  The only unforgivable sin, as per Christian doctrine, is the ‘original sin’ of Adam, transmitted down generations much as a debilitating parasite might.  It is ‘cured’ only by an acceptance of Jesus’ crucifixion as a blood sacrifice to atone for this ‘sin’ for all time to come.  For all else, like child-abuse for instance, there are always the expedients of absolution and indulgence devised by the ingenious and inventive Church.

After all, when the end of the world is at hand and the second coming of the godman Jesus is practically around the corner, a few well-placed lies cloaked with crafty dissimulation and obfuscated with egregious half-truths are indispensable to the success of the ‘Great Commission.’